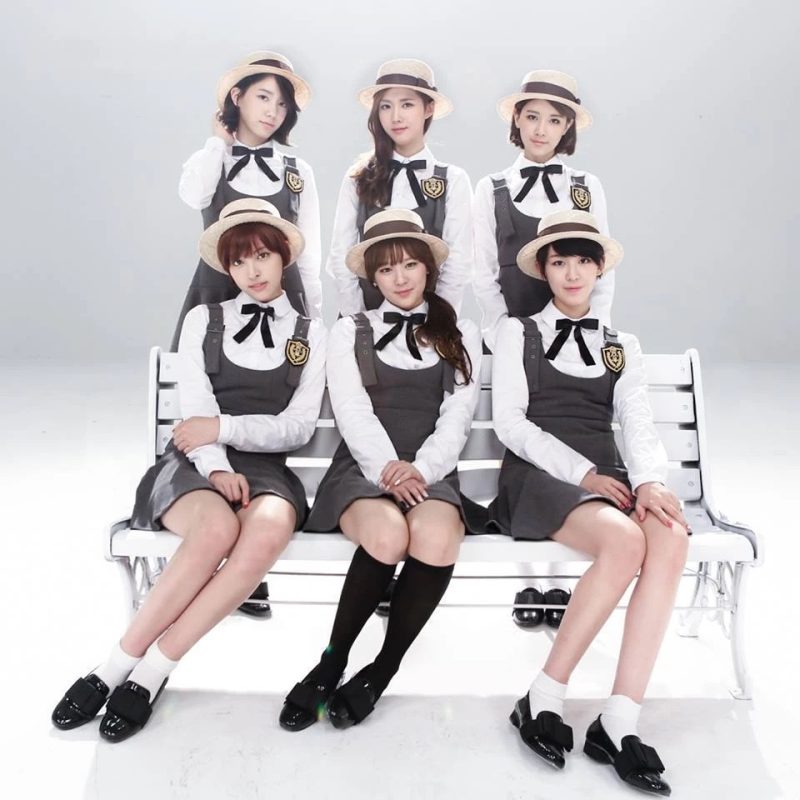 F-ve Dolls (파이브돌스), also stylized as 5Dolls, was a girl group under Core Contents Media (now MBK Entertainment) consisting of Soomi, Chanmi, Hyoyoung, Hyewon, Eunkyo, Nayeon, Seunghee, and Yeonkyung. They debuted on January 20, 2011 with the song “Lip Stains“. They were the sister group of Speed, as both groups were sub-units of Co-ed School. F-ve Dolls officially disbanded on March 10, 2015. 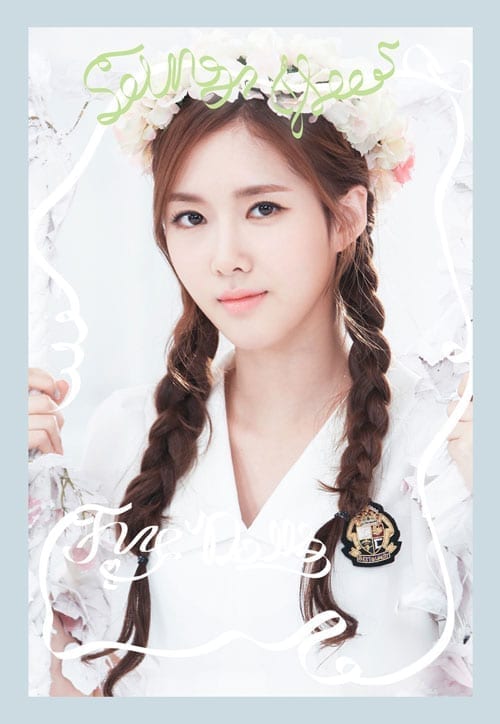 Seunghee Facts:
– She was born in Dong, Gwangju, South Korea.
– Education: Daesung Girls’ High School (Graduated); Kookmin University (Theater and Film Department)
– She re-debuted as the leader of DIA in 2015.
– She is a former Woollim trainee and trained with the Lovelyz members. Seunghee and Yeonkyung even appeared on a show with Jiae.
– She won the Miss Chunhyang pageant in 2012.
– She was added to the group in July 2013.
– Seunghee also passed a FNC audition.
– She left DIA after her contract with MBK expired in 2016 and is now under Urban Works.
– Her nickname is Seungbri.
– Specialties: Playing the piano.
– Seunghee appeared in T-ARA’s “Little Apple” MV, Davichi’s “Again” MV, The SeeYa’s “Tell Me” MV, The SeeYa’s “The Song Of Love” MV.
– On July 15, 2020, it was announced that Seunghee changed her stage name to Cho Yi Hyun (조이현), and would continue being active in various fields such as dramas and variety shows.
– In 2021, Seunghee worked on the planning and A&R for the reality survival show “My Teenage Girl” which formed the girl group CLASS:y.
– In 2021 she established the entertainment company M25, which manages CLASS:y. 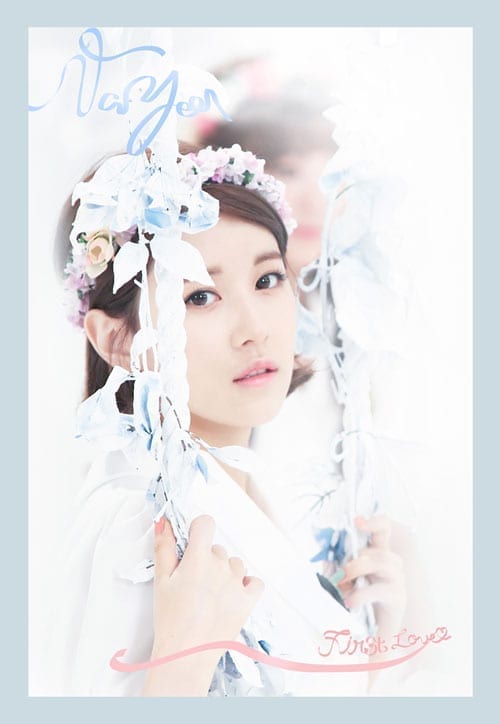 Nayeon Facts:
– Nayeon was born in Seoul, South Korea.
– During Nayeon’s elementary school years, she lived in the United States.
– She was added to the group after Soomi left, on February 17, 2012.
– However, she only made her 1st official appearance with the group in 2013, when F-Ve Dolls released the digital single “SINCE 1971“.
– She can play five instruments.
– Languages: Korean, English (fluent)
– Nayeon was also a model.
– Using her stage name “Hanna” she participated with Davichi’s Haeri and Yangpa‘s song and MV “Love Is All The Same“.
– Nayeon was a trainee along with Shannon, they are very close friends.
– She likes to eat deer meat and she even hunted a deer while she was in Canada. (Source: “Beatles Code”)
– In August 2014, Nayeon left Core Contents Media and moved to Chicago, USA. 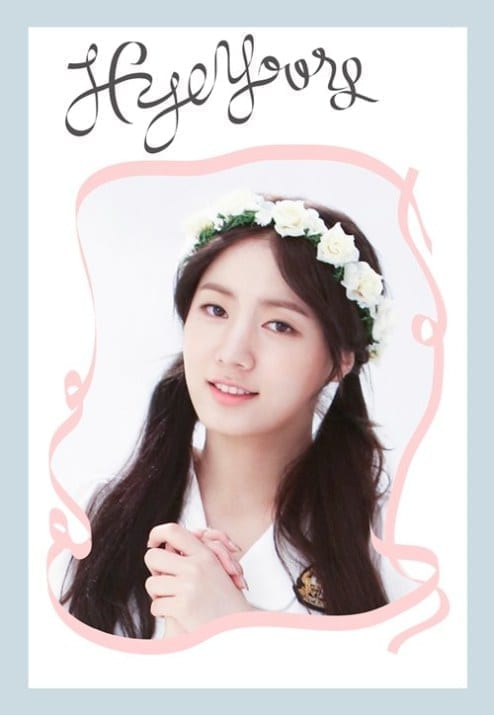 Hyoyoung Facts:
– She was born in Gwangju, S. Korea.
– She has a twin sister, who is Hwayoung of T-ara.
– Hyoyoung was born about 1 minute after her sister Hwayoung.
– Education: Gwangju Soongil High School
– Hyoyoung was discovered after she and her sister named Hwayoung (ex. T-ara) made an appearance on the SBS variety show “Star King”.
– Hyoyoung almost debuted in T-ara with her sister.
– She is a former Co-ed School member.
– She won the Miss Chunhyang beauty pageant in 2010.
– She was appointed as Namwon City Goodwill Ambassador (June 2010).
– Hobbies: Shopping, Reading
– Specialties: Cooking, Acting
– Religion: Catholicism
– She appeared in SPEED’s “Lovey Dove Plus” MV, Davichi’s “Turtle” MV, Im Do Hyuk’s “Love Is The End” MV.
– On August 3, 2014 she requested the cancellation of her contract with MBK Ent.
– In August 2016, she signed a contract with Y Team Company.
– In October 2020, she left her previous agency and signed with Big Picture Entertainment.
– She is currently using the stage name Jung Woo Yeon (정우연). 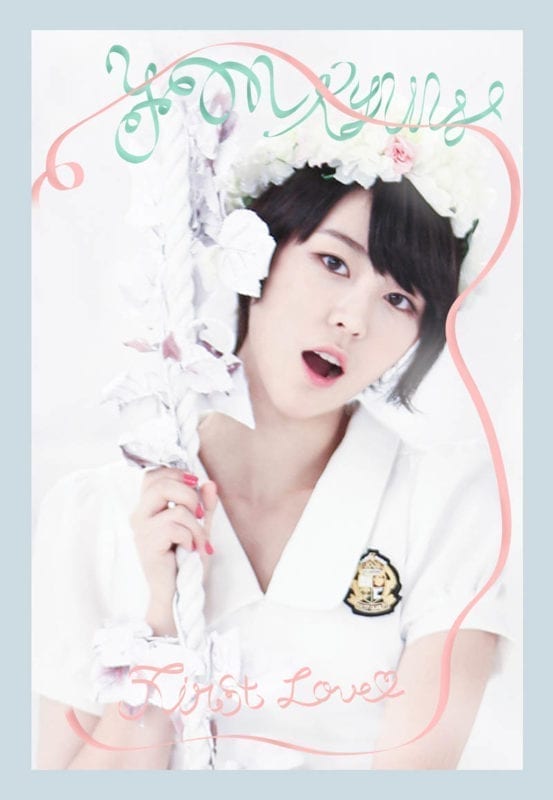 Yeonkyung Facts:
– Education: Banpo High School (Graduated 2013)
– She joined The SeeYa, another MBK/CCM girl group, at the same time she joined F-ve Dolls.
– She only trained for a month before debuting in The SeeYa.
– She was a FNC Entertainment trainee.
– She was a Woollim Entertainment trainee and she was supposed to debut in LOVELYZ.
– Yeonkyung joined The UniT and ranked 47th.
– Her hobby is writing in a journal.
– She is majoring in music at Kyunghee University.
– On July 5, 2021 it was announced that she has signed with STORY&PLUS.
– She debuted as a soloist on August 1, 2018 with the single ‘이야기 (Story) (ft. B.O.)’.
– She is currently using the stage name Han Seo In (한서인). 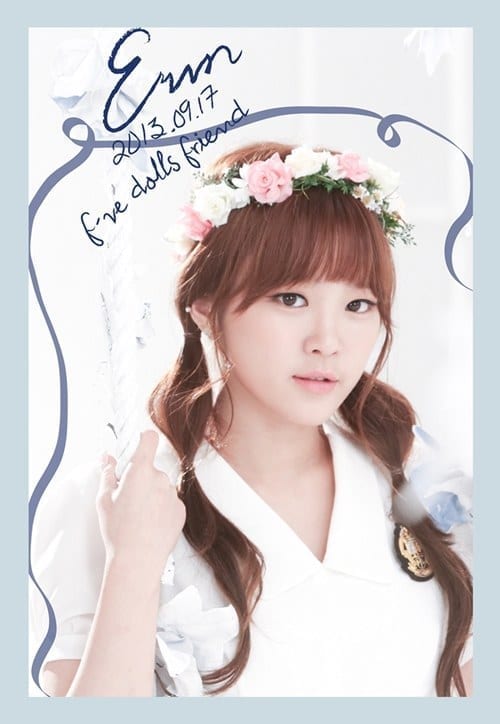 Eunkyo Facts:
– She is from Changwon, South Korea.
– She doesn’t have siblings.
– Her favorite color is Sky Blue.
– Her favorite food is Kimchi.
– One of her hobbies is listening to music.
– Her motto is “Do your best.”
– She was a JYP trainee.
– She never actually debuted in Co-ed School, so she was not considered a member of that group.
– In the middle of 2014, she left Core Contents Media (now MBK Entertainment).
– On April 17, 2017 she signed with Vine Entertainment.
– She debuted as a soloist on August 14, 2018 with the single “SHARP AND FLAT (샵 앤 플랫) Part. 2” and the titled track “한 여름밤 꿈너 (A Summer Night’s Dream)”.
Show more Seo Eunkyo fun facts… 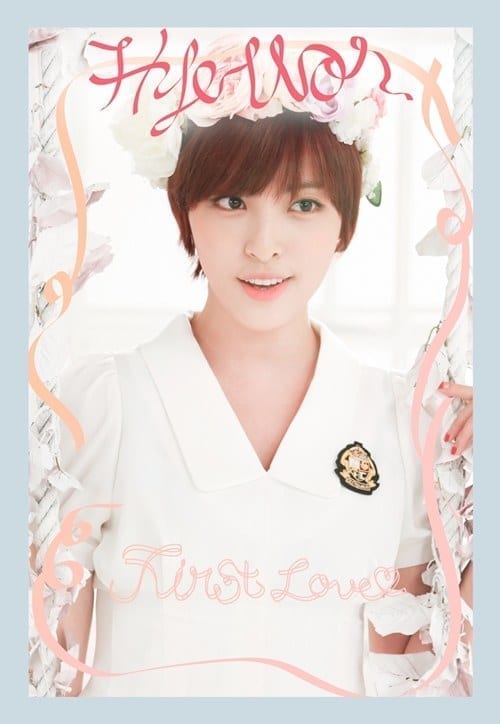 Hyewon Facts:
– Hyewon is from Seoul, S. Korea.
– Education: Jungheung Middle School
– She is a former Co-ed School member.
– She is a tomboy.
– Her hobby is shopping.
– Her favorite food is meat.
– Her favorite color is pink.
– She really admires BoA.
– During her pre-debut days, Hyewon was a model for Yoppyshop and Gujejoa.
– In the middle of 2014 she left Core Contents Media.
– In 2014 she signed with KeyEast Entertainment, in order to focus on acting. 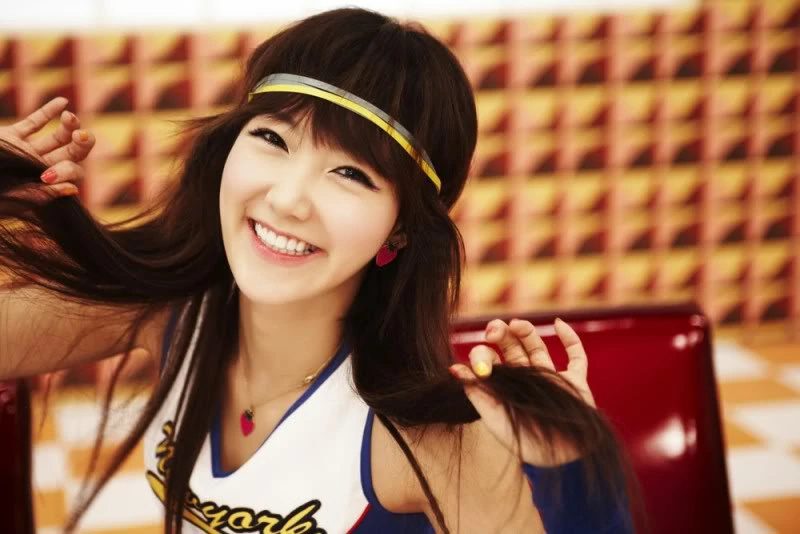 Soomi Facts:
– Soomi was born in Seongnam, S. Korea.
– She was a student at Korea Aerospace University, majoring in Flight Operations.
– She was the leader of Co-ed School.
– She was also a member of SeeYa (a different group than The SeeYa, which member Yeonkyung debuted in).
– She initially wanted to become a stewardess.
– Before her debut she trained about 18 hours a day.
– Her nickname is Smile Soomi.
– She can do costume design.
– Her hobbies are shopping and watching movies.
– Her favorite colors are black and white.
– Soomi left the group in early 2012. There are a lot of controversy and questions surrounding why, but it’s thought that she left because of a conflict between herself, Chanmi, and Eunkyo. The official reason given was that she wanted to pursue an acting career.
– After leaving Core Contents Media (now MBK Entertainment) she signed with D-Business Entertainment, then with FN Entertainment.
– She is currently under Studio Santa Claus Entertainment.
– She is currently using the stage name Lee Seo Ahn (이서안). 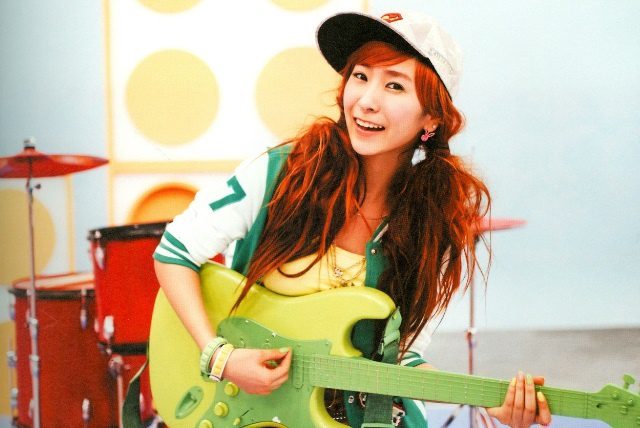 Chanmi Facts:
– Chanmi has an older sister with whom she owns an online store called Stylememory.
– Education: Anyang High School of Arts; Dongduk Women’s University (Department of Practical Music)
– She was a SM trainee and almost debuted in SNSD.
– She had a training period of 10 years and 4 months.
– She can speak Chinese.
– Her favorite color is purple.
– She left the group in late 2012.
– Chanmi was on Produce 101 (ranked 26) and MixNine (ranked 20).
– She was a trainee under Pledis Entertainment and Dublekick Company (now MLD Entertainment) and was most recently under Mostable Music.
– In 2017, she was going to debut in a group called High Color under Mostable Music, but they disbanded before they could debut.
Show more Chanmi fun facts…

Who is your F-ve Dolls bias? Do you know more facts about them? Feel free to comment below 🙂 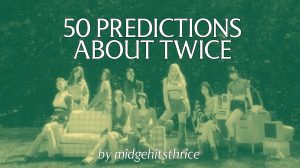 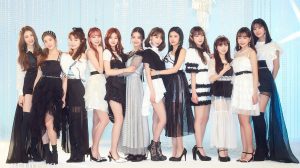 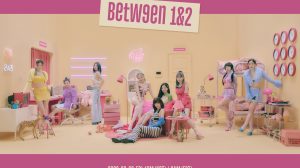