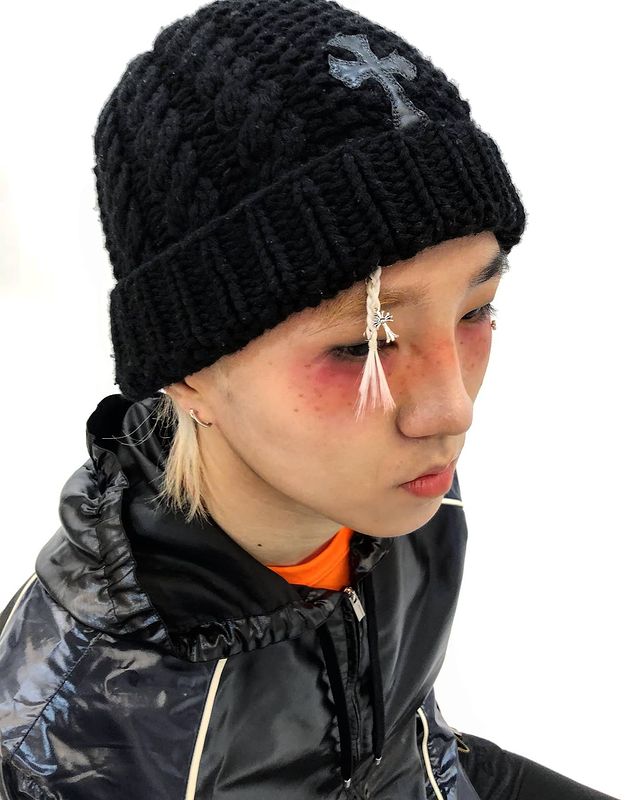 BE’O / 비오 is an South Korean rapper currently under FameUs.

BE’O Facts:
– His MBTI is INTJ.
– His hometown is Gwangmyeongsi, South Korea.
– He was born in the year of the Dragon.
– A former student of School of Performing Arts Seoul / SOPA, majored in rap.
– Family: Parents. He’s an only child.
– His family is catholic.
– BE’O means raining in Korean.
– BE’O is a Korean rapper from the record label “FameUs”.
– A former contestant on High School Rapper 3 in the Grade 3.
– He rapped to DNA by Kendrick Lamar’s beat. He was in the “Kim Mingyu” team.
– Gained 154 points which wasn’t enough so he was sadly eliminated from the show.
–  Debuted in April of 2020 when he joined SAN E’s record label “FameUs”.
– In September of 2020, he released his first album called Monster.
– He appeared on Show Me The Money 9. During that time he thought it was exhausting plus the atmosphere was quite intense which didn’t help.
– In 2021, he joined SMTM10. He ended up at 3rd place, but showed great potential throughout the show.
– During the recording of SMTM10, he lost 6kg / 13,3 lbs.
– He hasn’t gotten a nose job, despite what Ourealgoat said during the battle.
– BE’O has mentioned that the guys pulled a lot of pranks on each others during behind the scenes of SMTM10.
– It’s very easy to fool Anandelight and Mudd the Student as they both are naive as they can never say anything negative to anyone.
– Someone whom he grew close the most through SMTM10 was Gray as they spent lots of time together over 10 hours a day for about a week in preparation of the finals, but everyone in the them GRAYNOMA got along well.
– Someone whom he found was the hardest to become friends within the crew was Mino at first as BE’O was scared of him, but he loosened up and got closer as Mino turned out to be kind.
– His lockscreen is currently “Stay true to Myself”, he wrote it to himself.
– He wants to make songs that can give people strength.
– Already at a young age, he knew that he didn’t want a normal life.
– He wants to let his hair grow out, so he can tie his hair.
– Chanwook has a Birman cat.
– Spare time is where he makes time to play with cats.
– His favorite number is zero.
– His favorite colors are Black and White.
– He loves western food, mostly pasta.
– His 3 favorite ice cream flavors are Puss in Boots, Rainbow Sherbet and Mint chocolate chip.
He isn’t a huge fan of mint chocolate, but he finds Baskin Robbins’ ones delicious.
– His favorite time of the day is 2 am.
– Has mentioned that he goes to bed at 5 am and wakes up before 10 am.
– BE’O wears contact lenses and glasses.
– He got his last piercing in 2018.
– He prefers rock hiphop, he also likes trap music.
– An Chinese group whom BE’O listens to is HIGHER BROTHERS / 海尔兄弟.
– Has two shoe sizes; 270mm and 280mm, around 43 and 44, 5 in EU sizing.
– He can never fully get used to being apart from his friends.
– BE’O doesn’t seem to cry when he’s feeling lonely or sad.
– Has mentioned that he doesn’t want something that anyone can have.
– At the moment he’s not going to make Q&A’s a regular thing on IG stories.
– His reasoning to using the black heart emojis is simply as it feels more sincere.
– Him and MINO exchanged rings with each other.
– Something BE’O has learned this year is to have patience.
– Curiosity, envy and impatience are some of his motivators in life.
– A fan asked him to choose between five mudds or 15 year old mudd, he chose 5 mudds.
– His favorite beanie is the one from a fan he got recently.
– BE’O has no plans in releasing the songs that he has deleted on SC.
– He loves Justin Bieber, he listens to Boyfriend a lot.
– He wants to collaborate with Justin Bieber.
– When he performed The Night Without You at the SMTM10 finals, ASH Island was featured.
– BE’O and ASH have known of each others for around 3 years.
– He released Counting Stars in December of 2021 with Beenzino as a feature.
– In December he had a collaboration with Gaeko, CHANGMO, Don Mills, Los, DeVita, SOLE, and SINCE.
– Not finding inspirations doing music is his biggest fear.
– In 2022, he wants to release a lot of songs as he didn’t get to release many songs in the past two years.
– He already have many tracks that he wants to hurry up and release.
– BE’O’s Ideal Type: N/A

BE’O’s Tattoos and Piercings:
– An tattoo of RENDEƵVOUS.
– Daisy on his wrist as he likes daisies, and daises means ‘peace’.
– An King’s crown tattoo; ‘let’s meet again at the top’.
– Cloud tattoo as he was going through a difficult time in his life.
– Lightnings and rainfalls tattoos as his life had too many ups and downs.
– An customized designed tattoo on his right inner arm.
– A balloon tattoo that’s smiling.
– An XXXX tattoo, during that time he wanted to say “No”, “I don’t think it’s right”, “I hate it” to many things.
– Has two earlobe piercings.
– Chanwook has a microdermal anti eyebrow piercing on the right side.

NOTE: Please DON’T copy paste the content of this page to other sites or places on the web. If you use info from our profile, pretty please kindly put a link to this post. Thanks a lot – Kprofiles.com

If you have more information to be added, please don’t hesitate to leave said
info in the comment section down below! Thank you for your help!