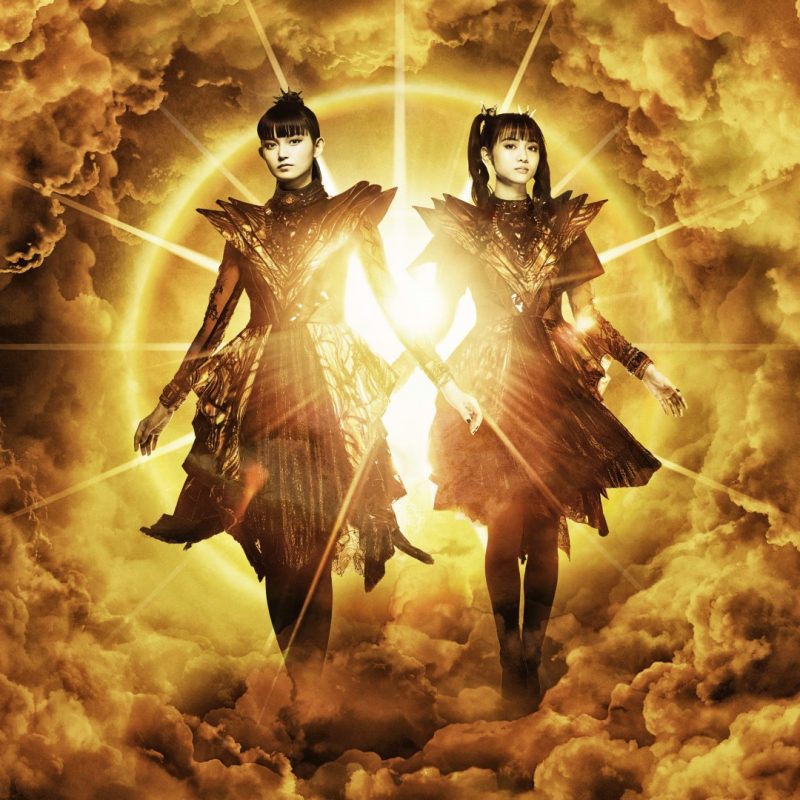 BABYMETAL are a Japanese “kawaii metal” band under Amuse, Inc. currently consisting of SU-METAL and MOAMETAL. It started as a subunit of group Sakura Gakuin but now is its own group. They debuted as a trio on October 22, 2011 with the song “Doki Doki Morning”. On October 20, 2018 YUIMETAL left the band due to health concerns.

Babymetal Official Fandom Name: The One 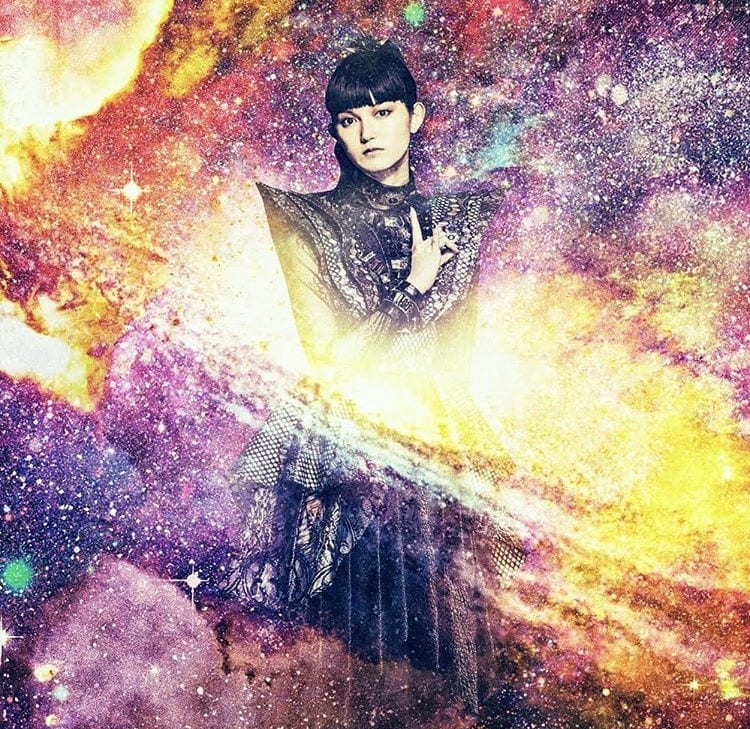 SU-METAL Facts:
– She is a former member of Sakura Gakuin and Karen Girl’s.
– She was a student in Actor’s School Hiroshima before joining Karen Girls.
– She is the youngest of three sisters.
– One of her sisters is former Nogizaka46 member Nakamoto Himeka.
– She collects books and stationary.
– She started her modeling career in 2000.
– Her mother works with gemstones and will sometimes give gemstones to the members as gifts.
– She ranked ninth on Oricon’s list of “2018 Rankings for Anticipation of New Adults”.
– She is a fan of labelmate Perfume.
– Amuse, Inc. signed her after she was runner-up in the second Star Kids Audition held by the company. 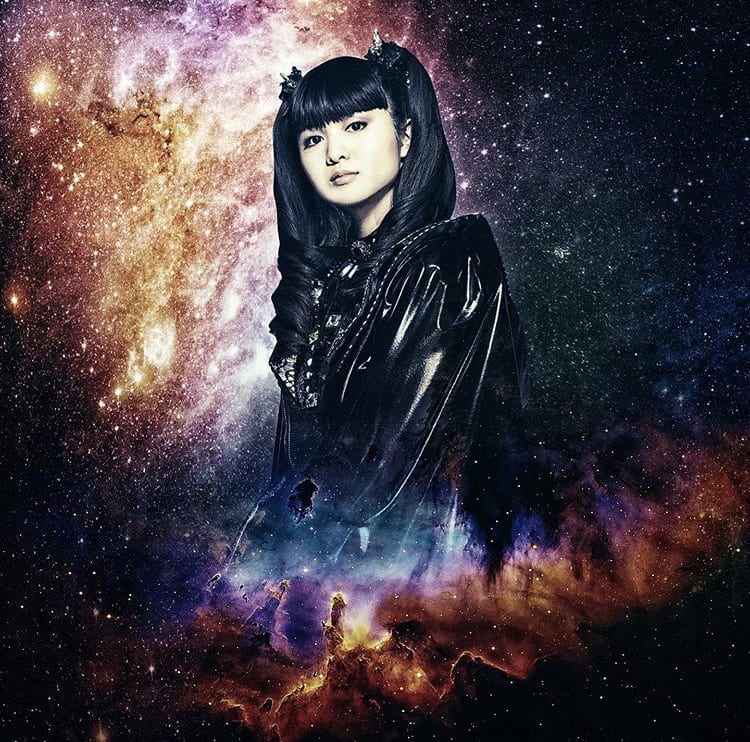 MOAMETAL Facts:
– Former member YUIMETAL and MOAMETAL joined Sakura Gakuin at the same time, in 2010.
– She joined Amuse, Inc. in 2007.
– She is an only child.
– Besides BABYMETAL, YUIMETAL and MOAMETAL were also in the subunits Twinklestars (baton-themed subunit) and Mini-Pati (cooking-themed subunit).
– She is an otaku and loves the now-disbanded group ℃-ute. She also loves watching anime, especially Love Live.
– Former member YUIMETAL and MOAMETAL wrote the song “Song 4” on a bus trip under the name Black Babymetal.
– She is now acquainted with her former oshi from ℃-ute, Suzuki Airi.
– She can play the guitar.
– Some of her favorite Western bands are Bring Me The Horizon and Metallica. 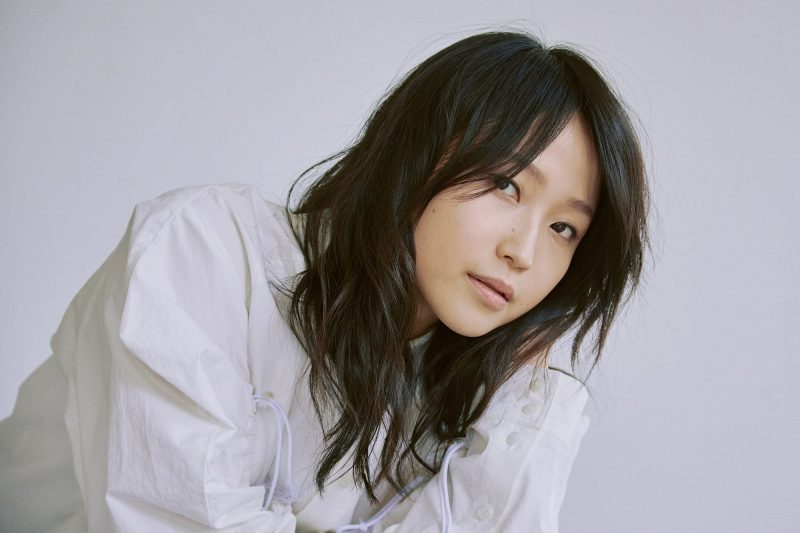 RIHO-METAL Facts:
– She was born in Higashi, Hiroshima, Japan.
– She attended Actor’s School Hiroshima.
– She joined BABYMETAL at the end of June 2019 as one of the avengers.
– She has a younger sister and a younger brother.
– She has a pet fish named Kuroe and two hamsters named Omochi 1 & Omochi 2.
– She is a former idol under Hello! Project as a 9th generation member of Morning Musume.
– She graduated from Morning Musume on December 31, 2015.
– On December 7, 2018, it was announced that her contract with UP-FRONT PROMOTION expired at the end of November 2018 and she had subsequently graduated from Hello! Project.
– She debuted as a soloist on August 4, 2021.
– She can bend both her thumbs all the way back.
– Outside of being an idol, she said she would be a nail artist.
– She has said that she is very shy when meeting new people and making new friends.
– She is a huge fan of Takahashi Ai.
– Her charm point are her eyes.
– She is very clumsy.
– Her weak point is being really nervous at doing presentations.
– Her favorite animal is a tiger.
– Her special skills are penmanship, massage, calligraphy and kendama.
– Her hobbies are listening to music, dancing, sleeping, drawing, looking around zakkayasan (boutiques)
– Her favorite sports are baseball and dodgeball.
– Her favorite colors are pink, white, black, green and blue.
– Her favorite movie is Finding Nemo.
– Motto: “If you can sing you can rock the stage”.
– Her favorite songs are “Gangnam Style” by Psy & “Zurui Onna” by Sharam Q. 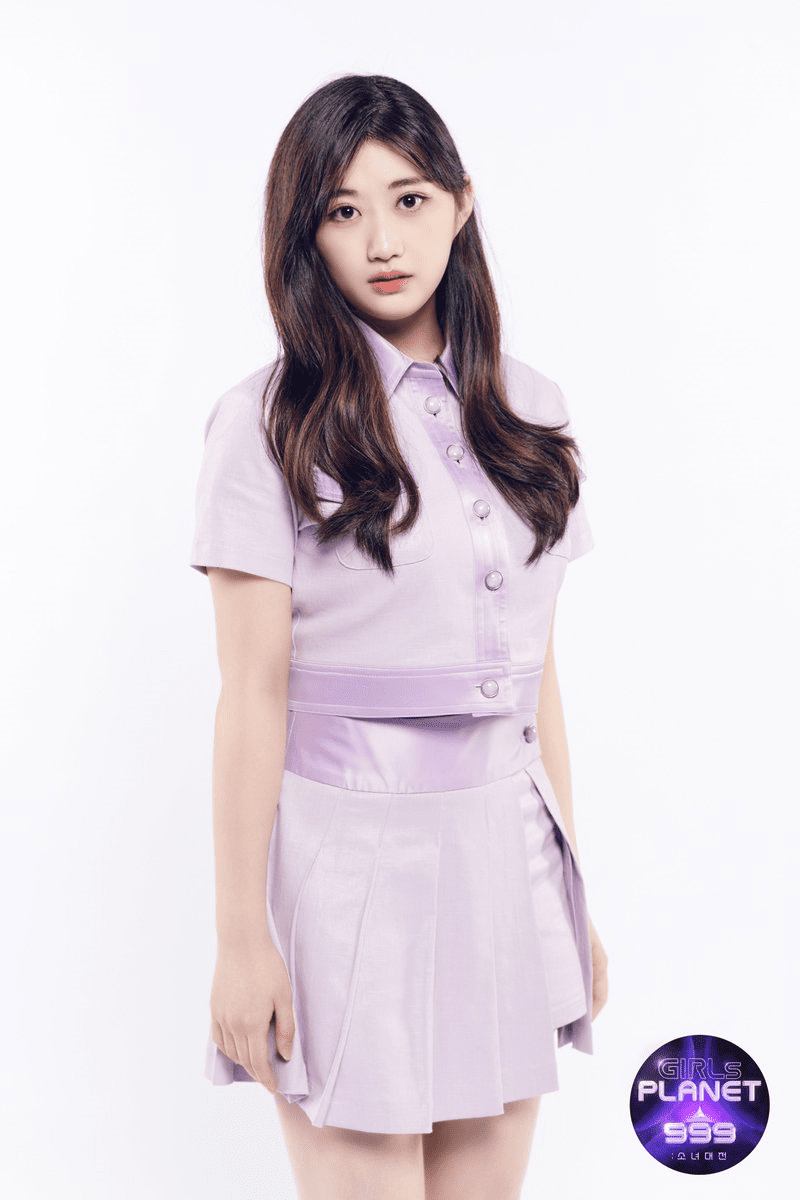 MOMOKO-METAL Facts:
– She was born in Fukuoka, Japan but moved to Kanagawa when she was 3 years old.
– She is a former member and the Ganbare Chairman of idol girl group Sakura Gakuin and its sub-units Minipati and Kagaku Kyumei Kiko LOGICA?:ver.2.0.
– After graduating from Sakura Gakuin, she went to study abroad in Australia or New Zealand.
– She has history of playing in musicals.
– She was a model for a Japanese fashion magazine called LOVE berry (ラブベリー)
– Her favorite hairstyles are half up or and ponytail.
– Her foot size is 24cm.
– Her hobby is listening to Western music.
– Her favorite dish in the lunchbox is hamburg steak.
– What she likes about herself is that she doesn’t get jealous easily.
– What she doesn’t like about herself is that she cannot be honest.
– She was a participant in Girls Planet 999. 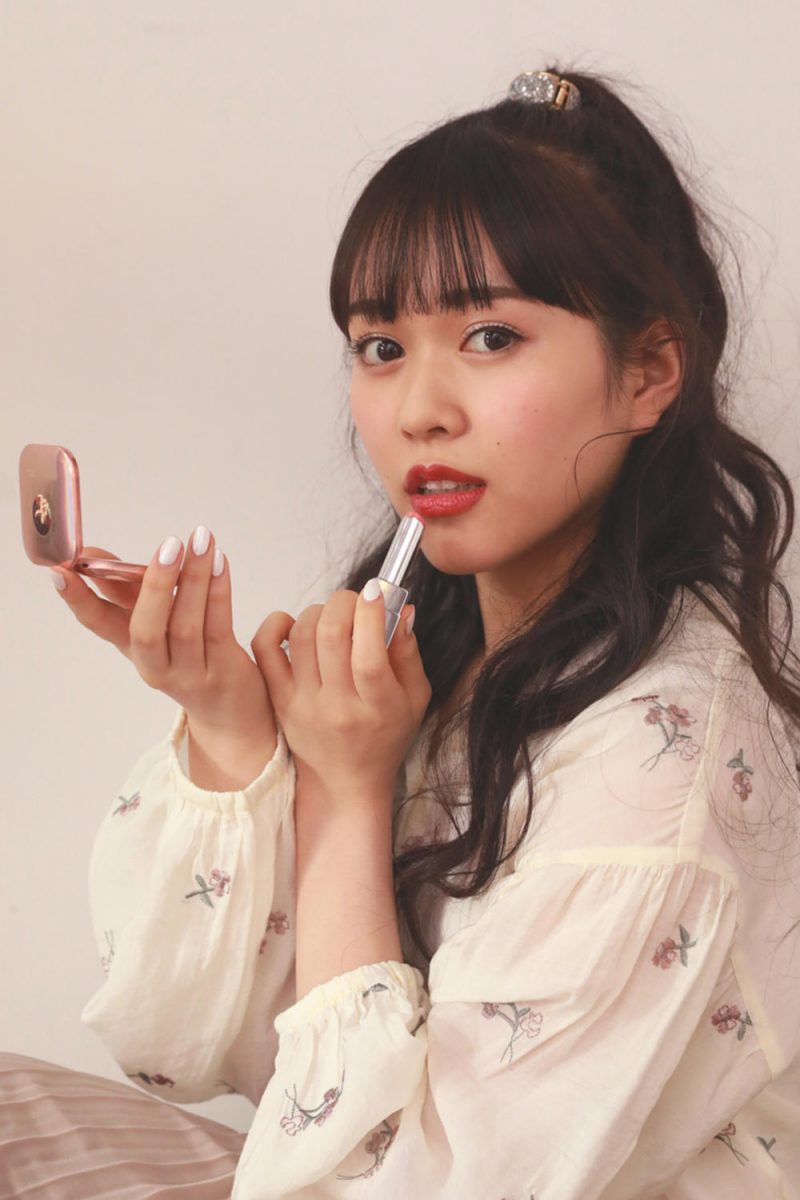 KANO-METAL Facts:
– She was born in Chiba, Japan.
– She is also a member of @onefive under the stage name KANO.
– She is also a former member of Sakura Gakuin, where she graduated from the group on May 29, 2020.
– Her hobbies are collecting stationary and squeezing toys.
– Her special skills are dancing, imitating, and high bar.
– Her favorite group is Morning Musume.
– Her favorite hairstyle is a ponytail and braided with a headband.
– Her favorite food is her mom’s homemade potato salad.
– She is left-handed. 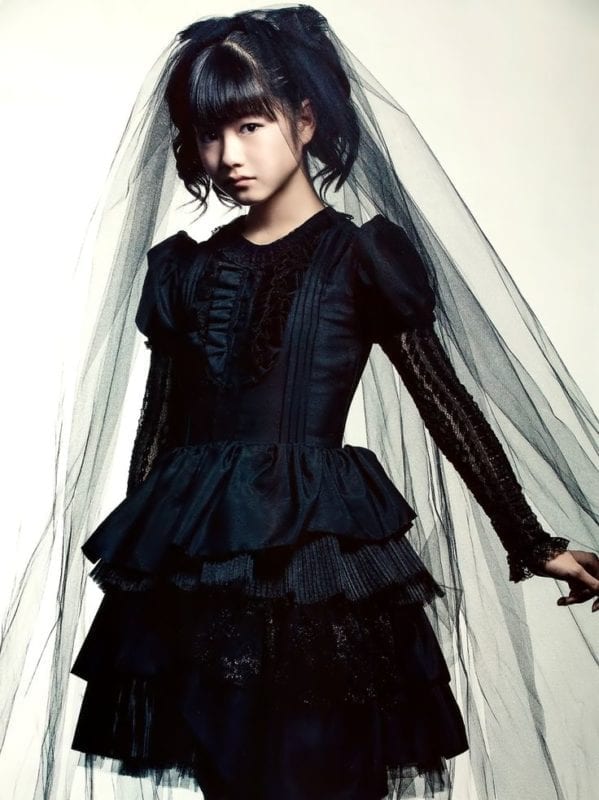 YUIMETAL Facts:
– YUIMETAL and MOAMETAL joined Sakura Gakuin at the same time, in 2010.
– She has an older brother and a younger brother.
– She loves tomatoes and eats tomatoes at least once a day.
– Besides BABYMETAL, YUIMETAL and MOAMETAL were also in the subunits Twinklestars (baton-themed subunit) and Mini-Pati (cooking-themed subunit).
– She was a fan of Karen Girl’s, SU-METAL’s group before joining Sakura Gakuin. A member of her family was in the hospital and she would listen to Karen Girl’s in the waiting room. She says their music gave her the strength to get through the experience. BABYMETAL covered Karen Girl’s’ song “Over The Future” in a concert, and YUIMETAL says that’s when her dreams came true.
– She wants to go to space.
– YUIMETAL was absent from BABYMETAL’s U.S. and European tours in 2018, leading fans to speculate about her continued participation in the group. Their management company stated she is still a member of the group.
– YUIMETAL and MOAMETAL wrote the song “Song 4” on a bus trip under the name Black Babymetal.
– After a five-month hiatus, Yui left the band on October 20, 2018, due to health concerns.

Who is your BABYMETAL bias?
Total Votes: 15988
×
You or your IP had already vote.

Who is your BABYMETAL bias? Do you know more facts about them? Feel free to comment below 🙂 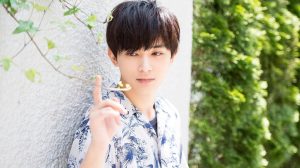 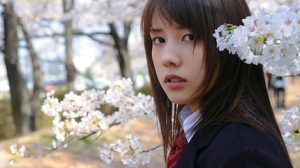 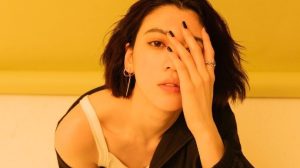 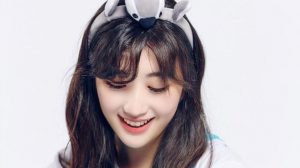 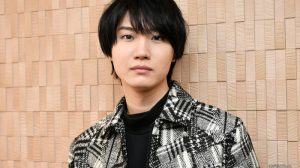