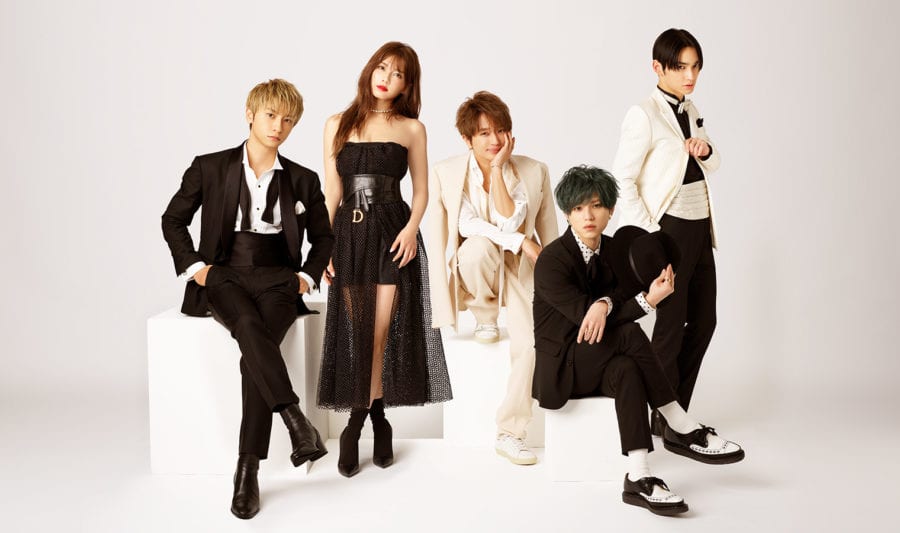 AAA (トリプル・エー) (Attack All Around) is a 5 member Japanese co-ed group under the label Avex Trax. The group currently consists of: Misako Uno, Takahiro Nishijima, Mitsuhiro Hidaka, Shuta Sueyoshi, & Shinjiro Atae. The group was formed through Avex auditions. They have 3 former members and are on a Hiatus. They debuted on September 14th 2005 with their single ‘Blood on Fire’. All member’s are focusing on this own lives and the group is deemed to be on a Hiatus until then!

(Their official mascot is a panda with the group name on it & it’s colored in the member’s official colors)
AAA Fandom Name: Party World
AAA Fan Color: Rainbow 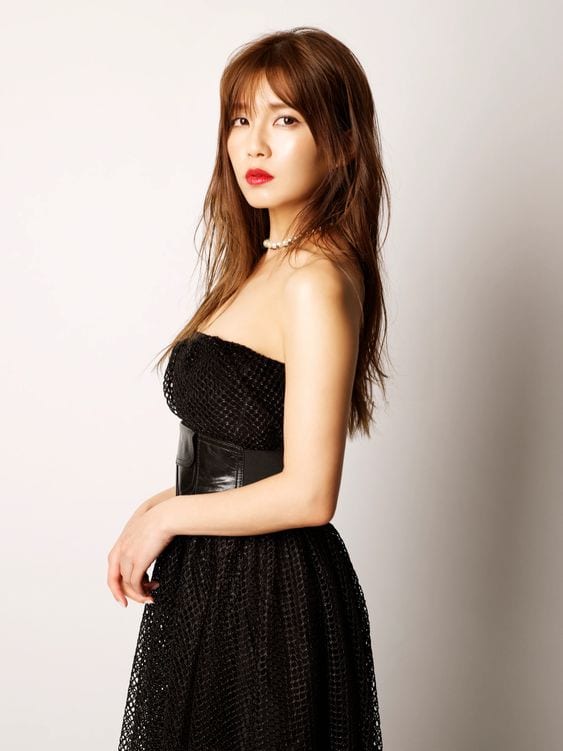 Misako Facts
-Misako made her solo debut on February 14th 2018, with the song ‘Why do you fall in love‘
-She was born in Edogawa City, Tokyo.
-She made her acting debut in 2006 in the Hollywood film ‘The Grudge 2’.
-Favorite Colors: Yellow, Green, Purple, & Neon Pink.
-Her designated color in group is Purple.
-Misako released her first photobook called ‘UNO’ it was released in 2010.
-Misako launched a Clothing Brand called LAVANDA.
-Misako & Chiaki were in a sub-unit together called ‘MisaChia’.
-She is bad at sports but is very good at English.
-She loves to cook & exercise.
-Even though she is shy, people describe as bright (Bright Personality).
-Hobbies: Travel & Read.
-Favorite Movies: My Sassy Girl & Men in Black.
-Favorite Artists: SHUN, Sharan Q, Ami Suzuki, & Avril Lavigne.
-Ideal Type: Someone with a good sense of humor. 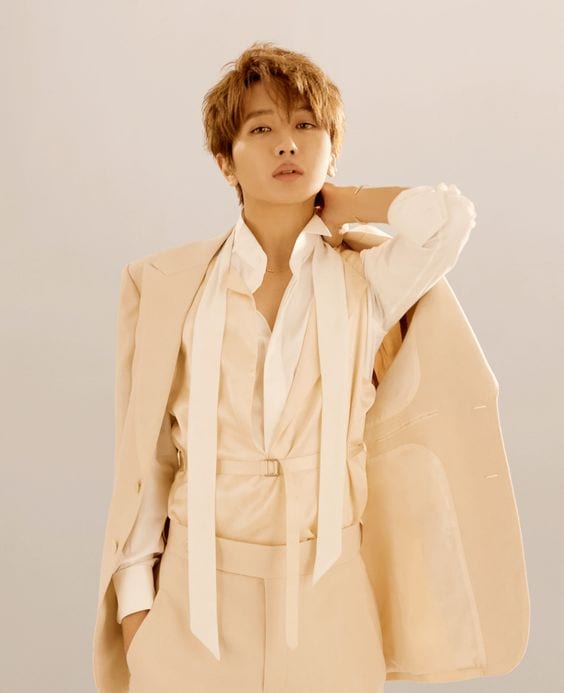 Nissy Facts
-Nissy made his solo debut on October 22nd 2014, with the song ‘How do you do? (どうしようか?)’
-He was born in Sapporo, Hokkaido.
-He was apart of the Japanese group Saihuun with Mitsuhiro, Shinjiro, Shuta, & former member Urata. The group debuted in 2008. As of now they have either disbanded or is on indefinite hiatus.
-Nissy was also in the group Japs. (2003-2004).
-He released his first photobook called ‘Nishijima Takahiro First Photobook’  it was released in 2008.
-Nissy is really close with Shinjiro they released a photobook together called ‘N/S’
-Nissy launched a Jewelry brand called SoireeO.
-His designated color in the group Orange.
-Favorite Colors: White & Red.
-Nicknames: Nishi, Nissy & Taka.
-Nissy was a dancer for Ami Suzuki’s live performances.
-He can play the guitar.
-He HATES cucumbers.
-Nissy is the crybaby in the group.
-Nissy has a sister who is 3 years older than him.
-He has dog named Ryuu.
-Nissy made his acting debut in 2007 in the drama Delicious Gakuin.
-Hobbies: Singing, Fishing, Acting & Dancing.
-Favorite Movie: Stand by Me.
-Favorite Food: Sashimi.
-He composed his first song at a very young age. (Around the age of 6). 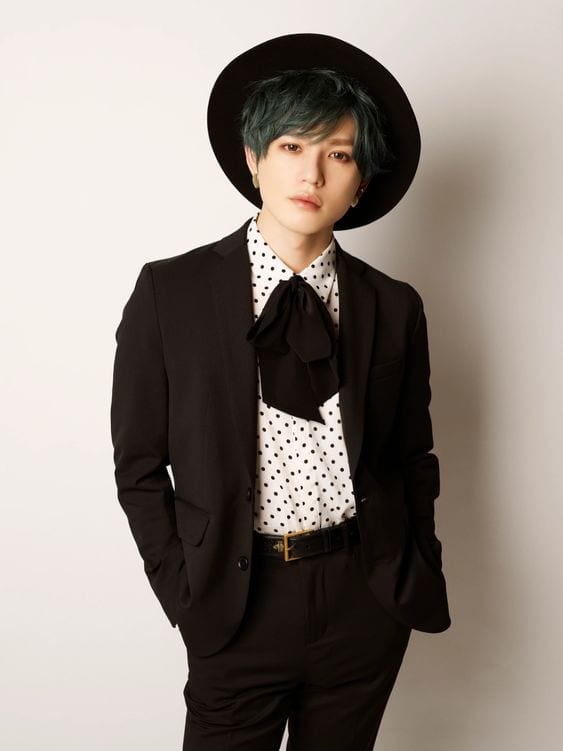 Shuta Facts
-Shuta made his solo debut on May 9th 2017, with 2 songs ‘Sad Story’ & ‘Switch’.
-He was born in Sasebo, Nagasaki Prefecture.
-He was apart of the Japanese group Saihuun with Mitsuhiro, Shinjiro, Nissy, & former member Urata. The group debuted in 2008. As of now they have either disbanded or is on indefinite hiatus.
-Shuta was also in the group FRIENDS (2003). They released one song ‘Be Together‘.
-He released his first photobook called ‘Shuta Sueyoshi First Photobook S’  it was released in 2015.
-Shuta launched a Jewelry collection called Armillary.
-His designated color in the group is Pink. It use to be Black.
-Favorite Colors: Black, White & Green.
-Shuta is AAA’s Acrobatic Pro.
-He has done Karate for 7 years.
-Shuta was a dancer for Ami Suzuki’s live performances.
-Fans say he has a very nice smile. People describe him as friendly & nice.
-Specialty: Acrobatics.
-Hobbies: Playing Games & Reading Manga.
-Favorite Movie: You Got Served.
-Favorite Artists: Missy Elliott, Christina Aguilera, DA PUMP, Namie Amuro, Michael Jackson, & EXILE. 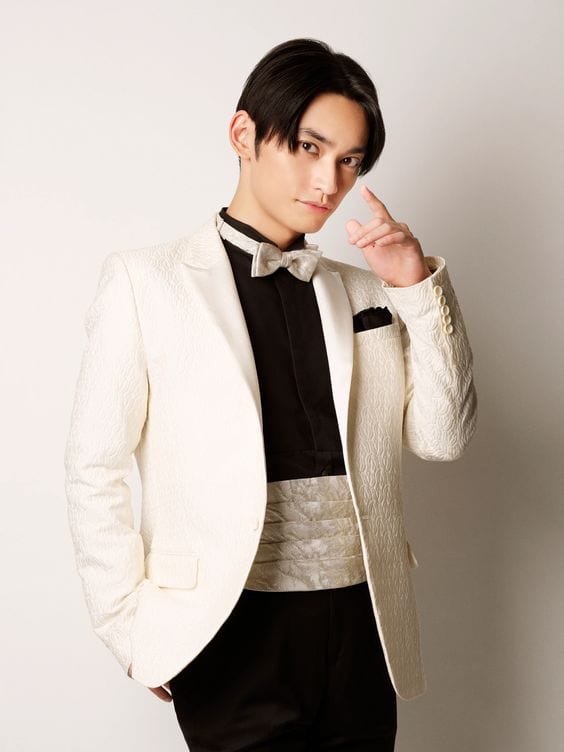 SKY-HI Facts
-Mitsuhiro made his solo debut on August 7th 2013, with 2 songs ‘Ai Bloom (愛ブルーム, “Love Bloom”)‘ & ‘Rule’.
-He was born in Chiba, Chiba Prefecture.
-He was apart of the Japanese group Saihuun with Shuta, Shinjiro, Nissy, & former member Urata. The group debuted in 2008. As of now they have either disbanded or is on indefinite hiatus.
-Mitsuhiro was also in the groups Mother Ninja (2005-2010) they released a song called ‘Spontaneus‘ & JP2HAITI (2011).
-He loves to read.
-Fandom Name: Super Flyers
-His designated color in the group is Yellow.
-Favorite Colors: Blue, Yellow & Green.
-He has a habit of using big words in conversations and it confuses the members.
-He writes the rap lyrics for the group.
-Weakness: He is often late.
-Strength: Rapping & Dancing.
-Specialty: Playing the Drums & Beat Boxing.
-Hobbies: Playing Soccer, collecting CD’s & writing songs.
-Favorite Artists: DA PUMP, Sting, Green Day, Nirvana & RMX. 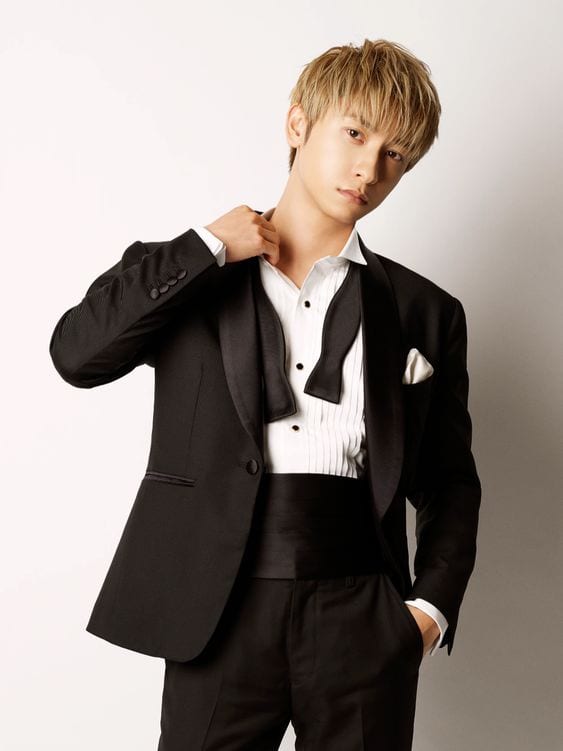 Shinjiro Facts
-Shinjiro made his solo debut on June 22nd 2016, with the song ‘Reunited‘.
-He was born in Yawata, Kyoto Prefecture.
-He was apart of the Japanese group Saihuun with Shuta, Mitsuhiro, Nissy, & former member Urata. The group debuted in 2008. As of now they have either disbanded or is on indefinite hiatus.
-He released his first photobook in 2010 it’s called ‘Shinking’.
-Shinjiro and Nissy are really close, they released a photobook together called ‘N/S’
-Shinjiro launched a Clothing Brand(?) called I Am What I Am.
-He is the youngest member in the group.
-He can speak and write  in Kansai-ben.
-Shinjiro can speak english.
-Shinjiro has 2 older siblings, 1 sister & 1 brother.
-His designated color in the group is Blue.
-Favorite Colors: Blue, White, Silver & Black.
-Shinjiro has 2 dogs named Kaze & Rai.
-Favorite Movies: You Got Served & Harry Potter. (He’s a huge fan of the Harry Potter series).
-He’s really good at sports and enjoys playing basketball, football & swimming.
-He loves playing Tetris.
-Hobbies: Shopping & Dancing.
-Favorite Artists: NELLY, Namie Amuro, DA PUMP, & EXILE. 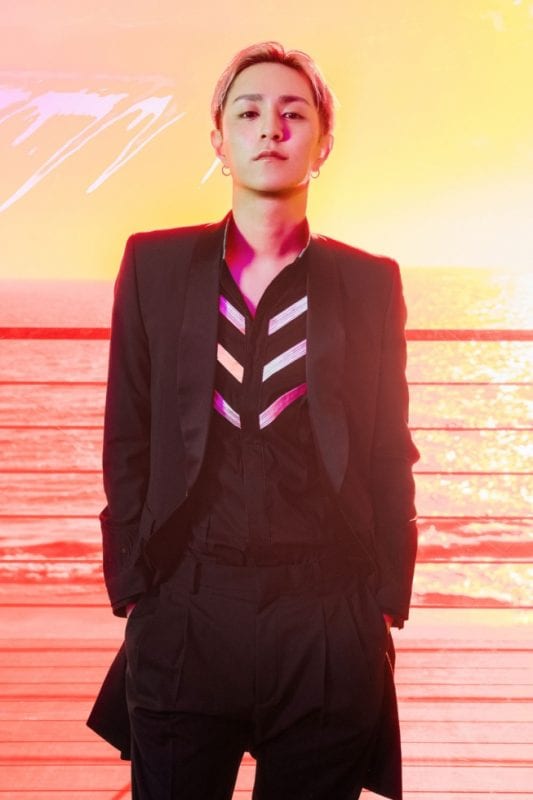 Naoya Facts
-Naoya made his solo debut on January 28th 2009, with the song ‘Baby Bang’ on the album ‘Turn Over’.
-He was born in Tokyo, Japan.
-He was apart of the Japanese group Saihuun with Shuta, Mitsuhiro, & Nissy. The group debuted in 2008. As of now they have either disbanded or is on indefinite hiatus.
-Naoya was a stage dancer for Ayumi Hamasaki.
-He was the first member to release a solo song.
-Naoya & Yukari were the only members of AAA who graduated from Avex Academy.
-His designated color in the group was Green.
-Favorite Colors: Green, Silver, White & Fluorescent Yellow-Green.
-Naoya was the oldest in the group.
-Favorite Movie: You Got Served.
-He provided dance lessons in Avex Artist Academy.
-Naoya loves donuts.
-Hobbies: Cooking.
-Favorite Artist: Justin Timberlake.
-In April 2019 Naoya was arrested for assaulting a woman. He went on a hiatus after the incident.
-He left the group on December 31st, 2019. 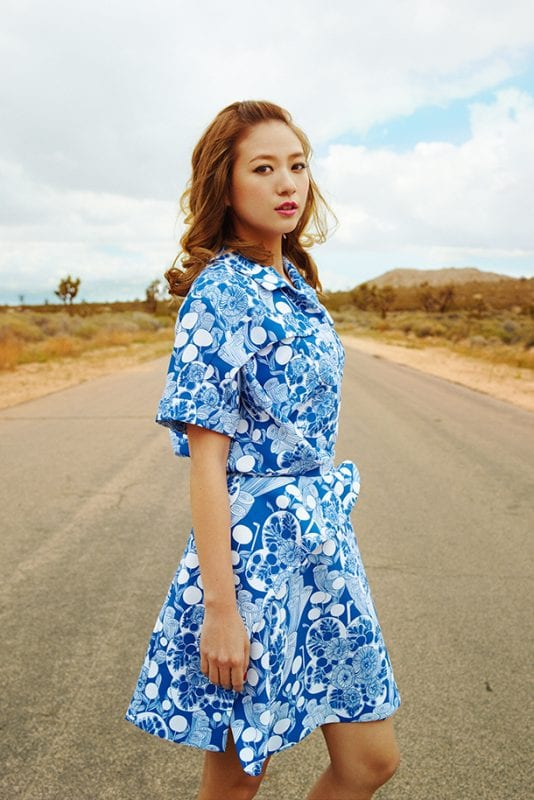 Chiaki Facts
-Chiaki made her solo debut on November 1st 2014, with the song ‘Charming Kiss’.
-She was born in Nagoya, Aichi Prefecture.
-After her departure from the group she released her first song apart from the group called ‘New Beginning’. Released on September 5th 2018.
-She owns her own company called ‘Kiki and Days’ which sell a variety of items from clothing to household items.
-Chiaki owns her own cosmetic brands, they’re called ‘C-Tive’ & ‘Charming Kiss’.
-She released her first photobook in 2011 it’s called ‘Chercher’.
-Chiaki & Misako were in a sub-unit together called ‘MisaChia’. They released 2 songs before her departure ‘Cocoa‘ & ‘Jewel‘.
-Fandom Name: Cheers Time
-Her designated color in the group was Red.
-Favorite Colors: Red, Charcoal & Pastel Colors.
-People describe her as multi-talented & extremely kind.
-She loves baseball & basketball.
-Chiaki has 2 Chihuahuas named Jin & Hime.
-She loves animals.
-Hobbies: Collecting Perfume.
-Favorite Artist: Ayumi Hamasaki
-She is currently a model, actress & a solo singer.
-She graduated from the group on March 31, 2017 because she was ready to start a family (she was pregnant at the time of her departure). 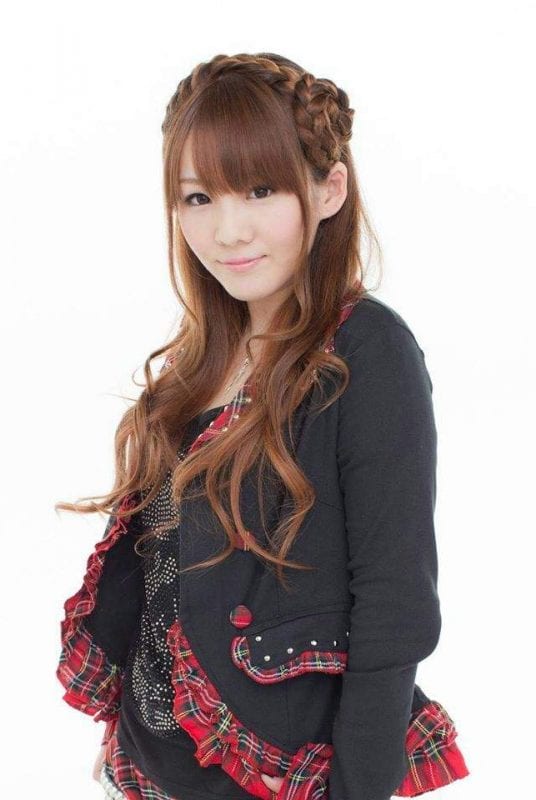 Yukari Facts
-She was born in Tokyo, Japan.
-Yukari & Naoya were the only members of AAA who graduated from Avex Academy.
-Her designated color in the group was Pink.
-Favorite Color: Pink.
-Favorite Movie: Biohazard.
-Favorite Artist: D-LOOP, L’Arc~en~Ciel & Namie Amuro.
-She did participate in the groups 11th & 12th single album even though she already left the group.
-Yukari was a Japan’s Junior Rhythmic Gymnast Champion.
-In 2009 she worked as a Gravure Model/Idol and released her first photobook called ‘Go To →’.
-After she left the group she stayed in the music industry and joined the the voice actress units ‘Trefle’ (2013-2016) & ‘EMERGENCY’ (2013-2017).
-Yukari retired from the modeling/music industry in 2017 and currently works as a music trainer/dance teacher.
-She left the group on June 11, 2007 due to health issues. However, she not only left the group due to health issues but because she had a job at an advertisement agency.

Who is your AAA bias/oshimen? Do you know more facts about them? Feel free to comment below. 🙂 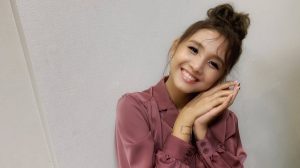 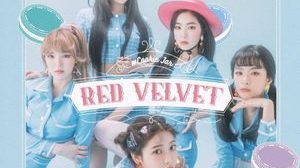 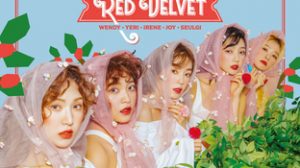 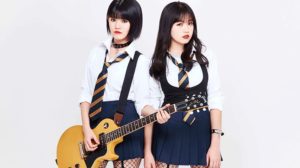 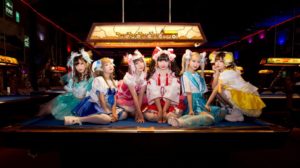