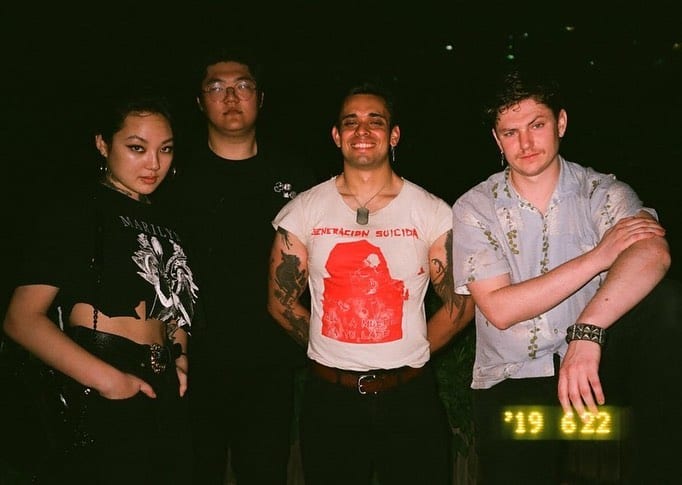 HWANZA (환자) is a Hardcore Punk band under MYDY RECORDS, created in December 2018. Currently consists of Soo Han, Ian Gibbons, and Sera Jang. They debuted on August 14, 2019 with a digital album “DEMO“. They perform in South Korea but there’s a chance they will make a visit to Japan as well. Chris Karn left to Phoenix, Arizona on August 31, 2019 so their activities are currently kept on hold as they’re looking for a new drummer. 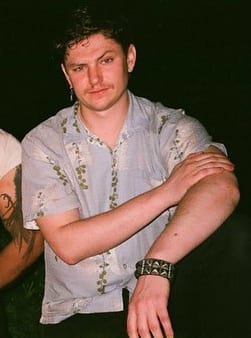 Ian Gibbons Facts:
– Born in New York, USA
– He lives in Anyang, South Korea.
– He works as an ESL Teacher in South Korea since 2018.
– He worked as an Assistant Language Teacher in Saito-shi, Miyazaki, Japan.
– He has a brother named Kyle. 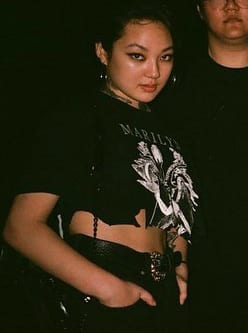 Sera Jang Facts:
– Born in Honolulu, Hawaii.
– She lives in Seoul, Korea.
– She speaks English.
– She has several tattoos, mainly placed on her neck and under the collar bone.
– She’s a visual artist and a musician under the stage name The Soju Queen.
Show more Sera Jang fun facts… 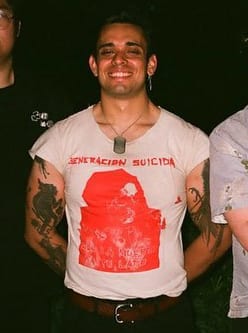 Chris Karn Facts:
– Born in Rio Rico, Arizona.
– Education: Rio Rico High School (2007-2011)
– He lived in Pyeongtaek, South Korea and in Las Vegas, NV.
– He speaks Spanish and English.
– His nickname is Pollito.
– He has several tattoos, mainly on his arms.
– Before joining HWANZA he was a member in a Seoul City noise-punk band Swan Eater.
– He left the group at the end of August, 2019 because he moved to Phoenix, Arizona.

Do you like HWANZA? Do you know more facts about them? Feel free to comment down below.😊 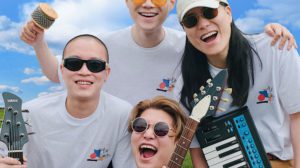