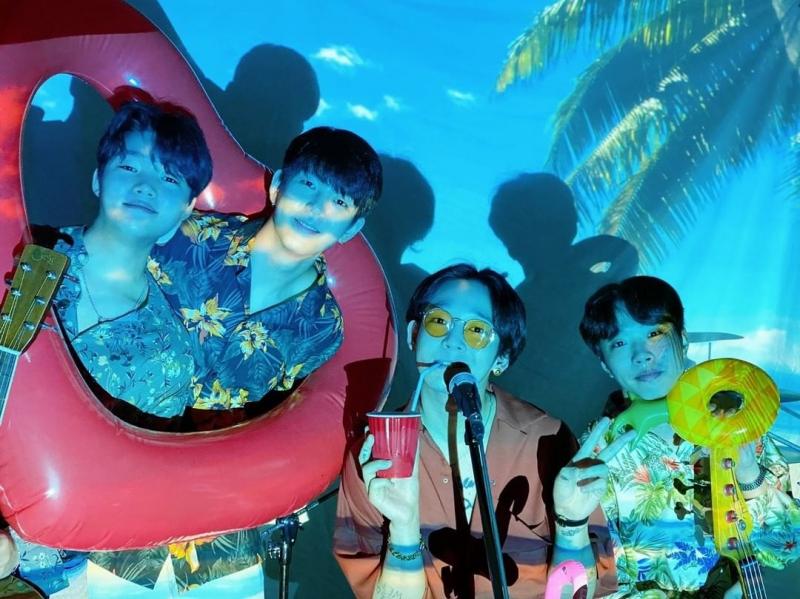 South Club (사우스클럽) is a South Korean band formed by Nam Taehyun in 2017. They debuted on May 26, 2017, under South Buyers Club. The band currently consists of Nam Taehyun, Lee Dongkeun, Kang Minjun and Jung Hoemin. South Club is currently under P&B Entertainment. 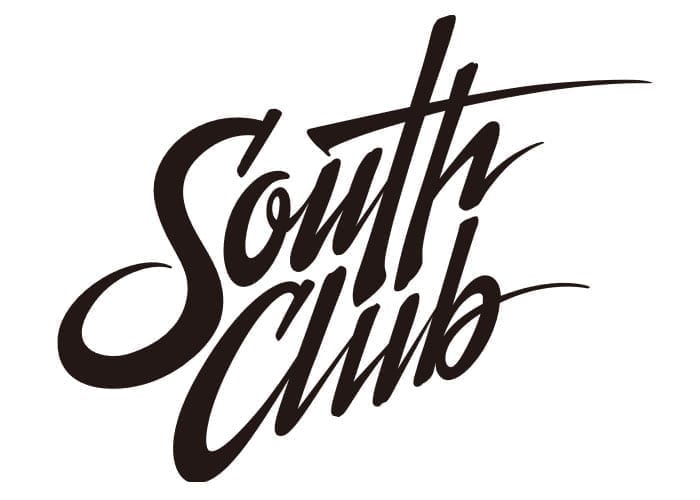 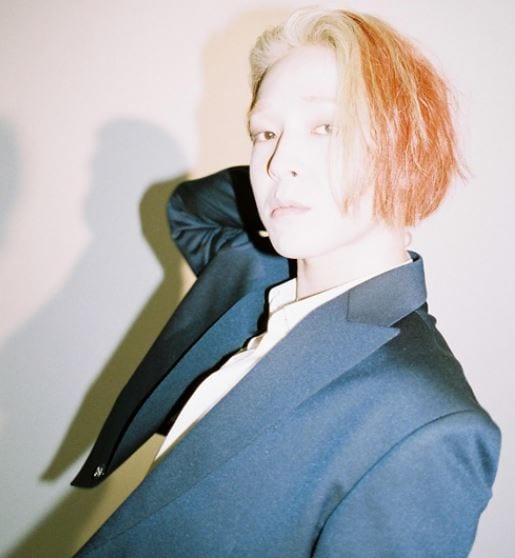 Taehyun facts:
– Taehyun is a former member of WINNER. He left the group on November 26, 2016.
– He also stated that he felt very lonely after he left YG and just made songs because he was trying to maximize all those emotions he had and use them when writing.
– Taehyun has a younger brother called Nam Donghyun, who is also currently part of South Club.
– He owns two dogs and three cats.
– His hobbies are writing and composing lyrics.
– When asked what his current inspiration was, he answered with; “Movies and European techno music.” (Source via Simply Kpop)
– On his free days he likes to stay active, take care of his pets and play tennis.
– He usually works on music with his acoustic guitar and once he gets inspiration, he develops it and arranges it with the members.
– He tries to study English through movies, but according to his statement in an interview, his survival instinct kicks in when he’s overseas and he improves through that. (Source via Simply Kpop)
– Taehyun suffers from bipolar disorder and insomnia.
– According to Yuni, he’s a very good driver.
– He’s spontaneous and sensitive according to other members.
– After leaving his previous group, Taehyun decided to continue to pursue music by forming a band.
– He posted a recruitment announcement online and eventually met his bandmate, Kim Euimyeong, who introduced him to the other members, Kang Kunku, Jang Wonyoung and Choi Yunhee.
– They had their first performance on March 25, that day they also announce their band name “South Club”.
– They are called “South Club”, because Taehyun’s last name is Nam, meaning “South”.
– Later on, there was a member change, because the band didn’t have a bassist, so Taehyun let his brother, Donghyun, promote with the band and gather experience.
– All work related to creating music usually falls onto Taehyun.
– There was a time when they were on tour overseas and drank so much the day before the concert that they had to perform with a hangover. To that confession, Taehyun tried to laugh it off with “But we did that on purpose. Instead of being uptight, we wanted to express carefreeness.”
– In an interview, Taehyun was asked if he would still be able to love older songs as much as when they were created, to which he answered; “I love them, because everything (I create) is my baby.
Show more Taehyun fun facts… 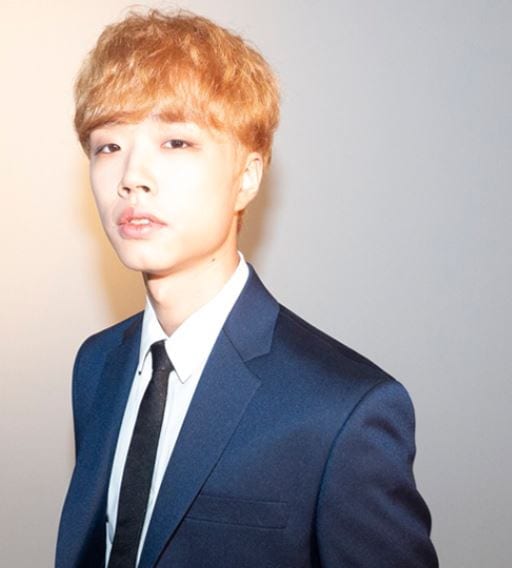 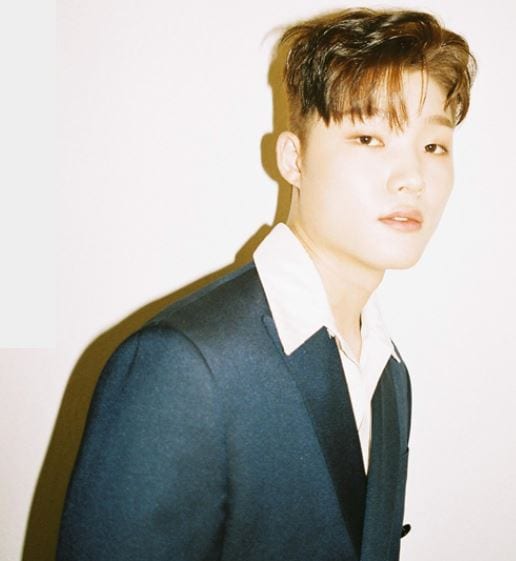 Kang Minjun Facts:
– He was added to the group on 2019.
– She was born on the same day as Twice‘s Jeongyeon. 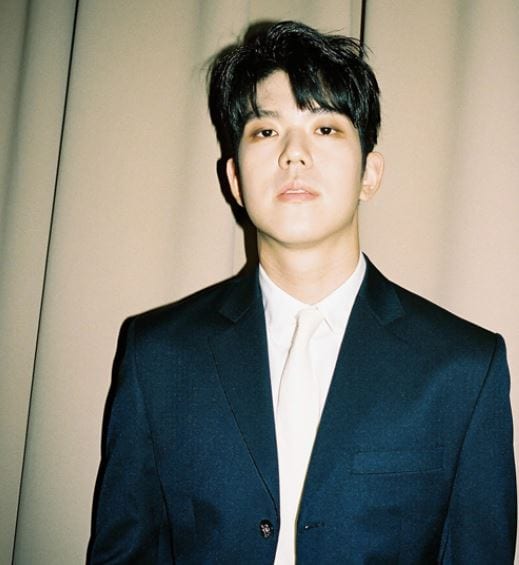 Donghyun Facts:
– When he came back from Europe, his day and night switched. He had nothing to do and no one to meet so he exercised at sunrise. (“It’s like the night brightening up.” -Donghyun)
– In his free time, he likes to listen to music and think about this and that.
– His thoughts are sometimes sad, sometimes happy, sometimes lonely, but they give him inspiration for song lyrics.
– Taehyung said Donghyun is a very emotional guy.
– Donghyun owned two hedgehogs called Hedgie and Sooni. (Source via WINNER TV Ep.9)
– He auditioned for SM a few times, but he was unsuccessful.
– Donghyun has several tattoos on his right arm and hand.
– He’s releasing a solo album through the South Buyers Club label. (2018)
– He often watches the YouTube channel called “Sucking Sunday” with GET-KU.
– Donghyu was a participant in Produce x 101.

GET-KU Facts:
– His motto: “Even if something’s moving along quickly, I still go by my own pace.”
– GET-KU left the band in December 2018.

Wonyoung facts:
– On free days, he likes to practice drums. (Or go on dates, according to Taehyun.)
– Wonyoung left the band in December 2018. 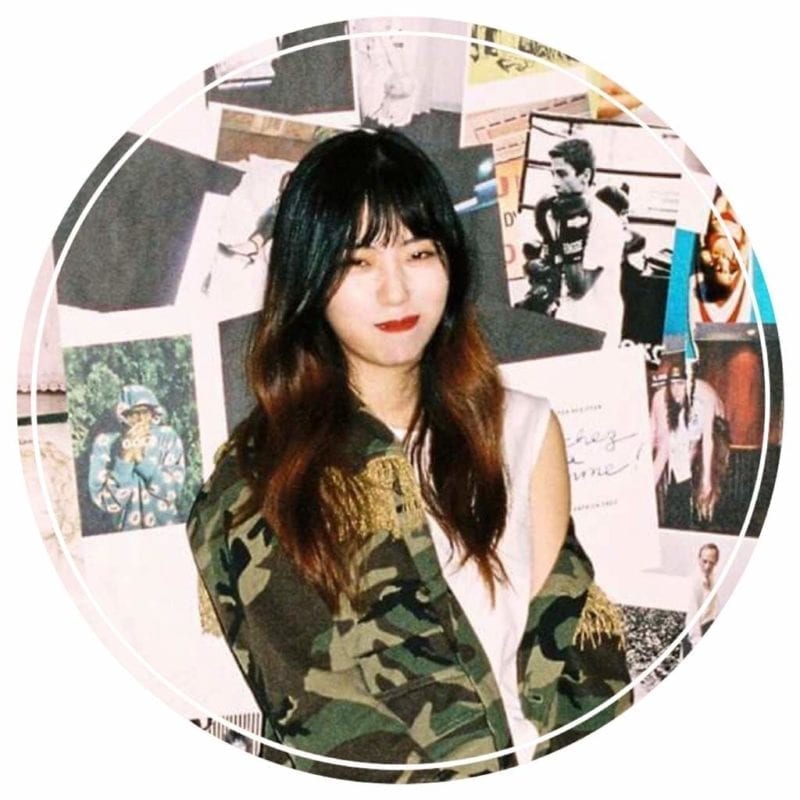 Yuni Facts:
– Yuni calls Taehyun “Oppa”.
– She doesn’t have a driving license.
– She has a tattoo on her right arm since July 2017. 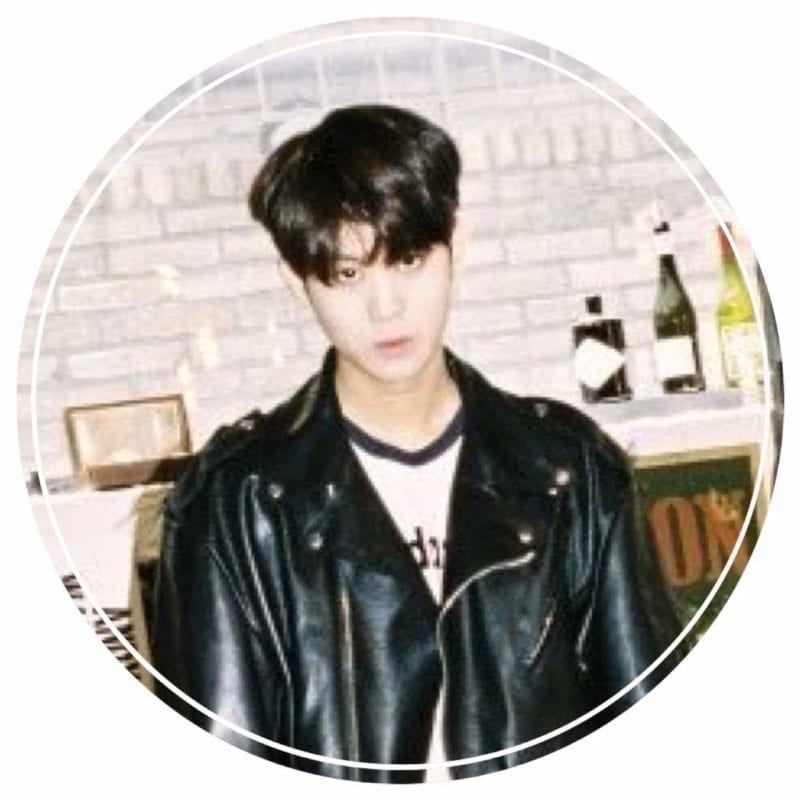 Who is your South Club bias? Do you know more facts about them? Feel free to comment below. 🙂 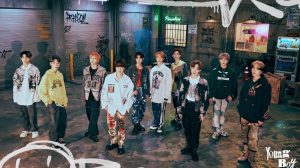 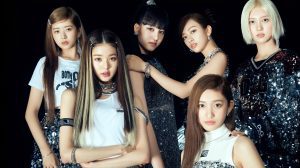