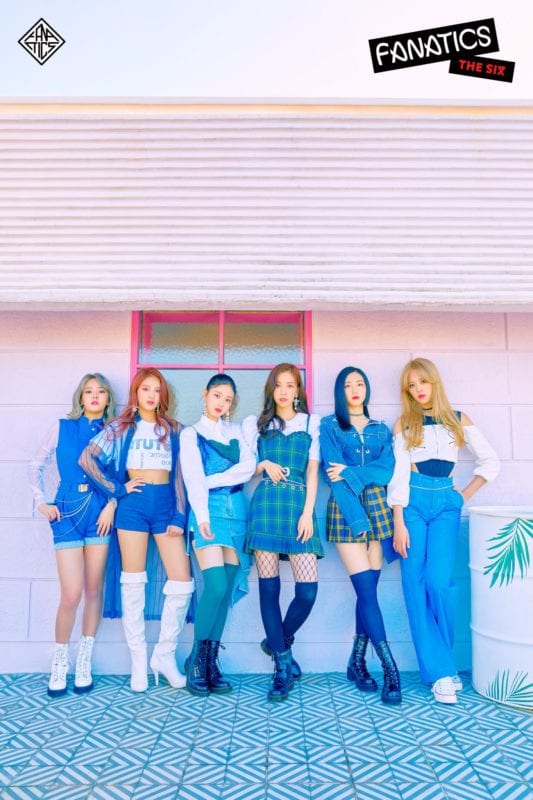 Fanatics (파나틱스) is a girl group under FENT/Fascino Entertainment, consisting of Sika, Doah, Chiayi, Yoonhye, Chaelin and Doi. Fanatics debuted its first subunit, Flavor, on November 26 2018, consisting of Doah, Chiayi, and Yoonhye. They officially debuted with their 1st mini-album on August 6, 2019. 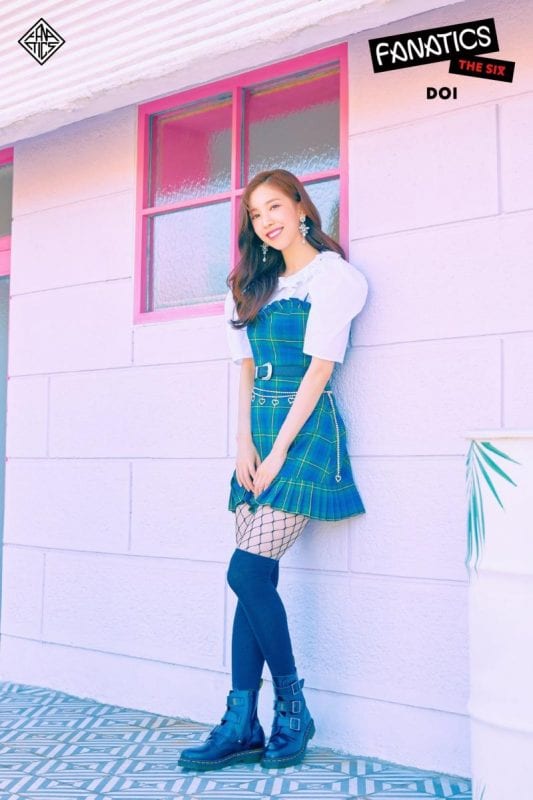 Doi Facts:
-Doi loves to paint.
-She can play the piano.
-Doi, Chaelin, Doah and Yoonhye are roommates.
-Speciality: Piano, Singing.
-She joined Fanatics in 2019 to replace Sangah.
-Favorite food: Samgyeopsal and Soup.
-Among all the members, she is the best cook.
-She and Sika are the mothers of the group.
-She’s a meticulous person.
-She looks cold but has a soft heart inside.
-She and EXO’s Sehun were born the same day.
-She is the second tallest member.
-She is in charge of vocals.
-During the Pre-Debut She and Sika published vocal covers.
-Representative day: Thursday.
-Doi majored in acting.
-Doi has been training since high school.
-The former group Doi was in disbanded and the agency shut down.
-She is the oldest member. 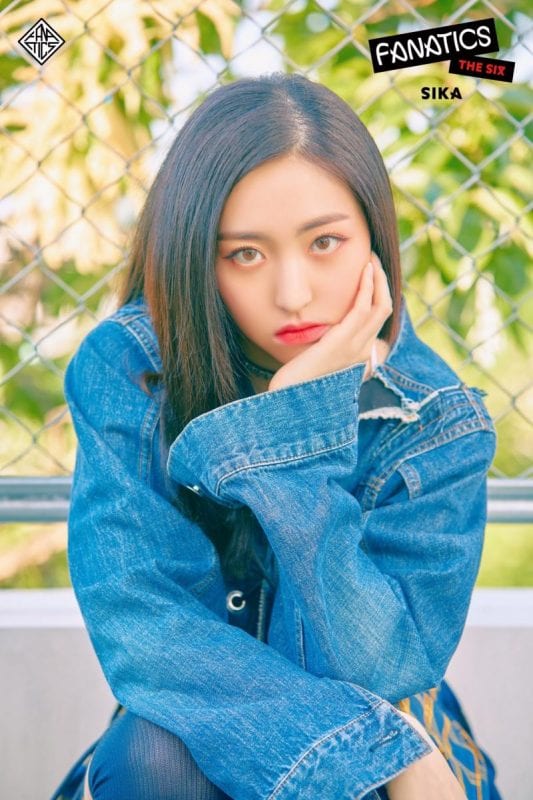 Sika Facts:
-She is half Japanese and half Chinese.
-Speciality: Singing.
-She is the most responsible member.
-She can sapeak English.
-Representative day: Friday.
-She is in charge of vocals.
-fans say that she looks like Saturday’s Sunha.
-She and Doi are the mothers of the group.
-She grew up in Dalian, China.
-Yoonhye and Sika are former JYP trainees. Sika was the Japan Team leader at JYP and trained closely with Twice’s Sana, Momo, and Mina, and she was the first Japan Team member to leave JYP.
-During the Pre-Debut She and Doi published vocal covers.
-Sika and Chiayi are roommates. 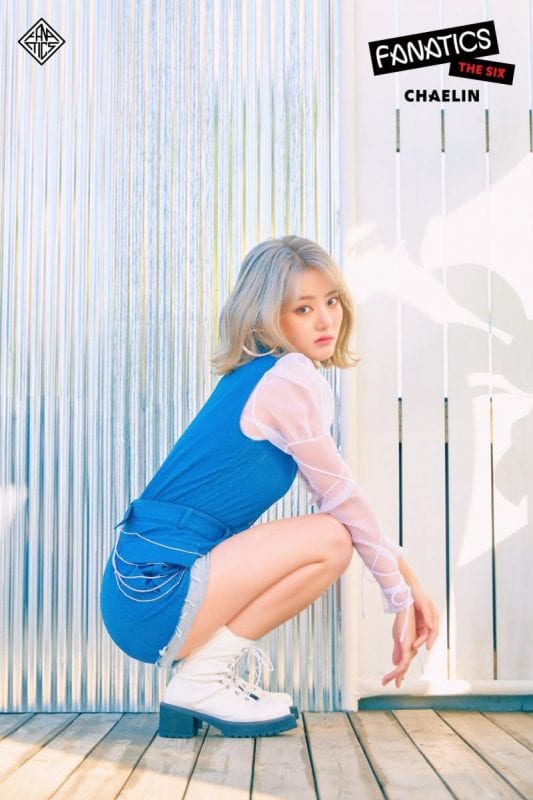 Chaelin Facts:
-Chaelin was a contestant on produce 101 season 1.
–Chaelin was ranked #87 in episode 5 of PRODUCE 101 and was eliminated.
-She is a former Trainee under MIDAS Entertainment and Media Line.
–Chaelin was a trainee for 1 year and 6 months before going on Produce 101. (so 3-4 years in total)
-She joined Fanatics in 2019 to replace Hyewon.
-Chaelin trained with Nature‘s Chaebin under MIDAS Entertainment.
-She dropped out of high school, even tho she loved being at school and studying.
-Representative day: Wednesday.
-She is the smallest member.
-She’s the loudest member.
-After she left her former agency she
joined FENT/Fascino Entertainment.
-She is in charge of Rap.
-She loves to dance.
–Specialties: Girls HipHop and Rap.
-Hobbies: Write rap lyrics.
-Chaelin, Doi, Doah and Yoonhye are roommates. 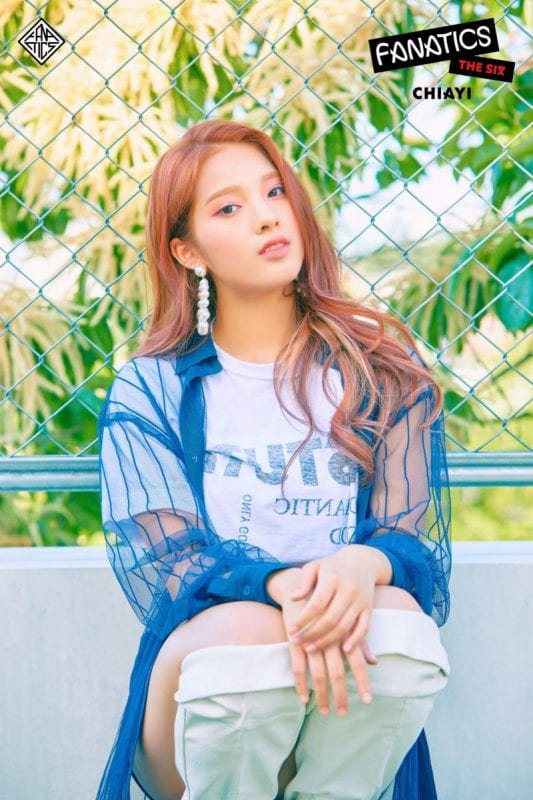 Chiayi Facts:
-She was born and raised in Taiwan.
-Representative day: Tuesday.
-She can speak Chinese and Korean
-She is in charge of dance.
-She has been dancing since she was young, since 10 or 11 years ago.
-She majored in Chinese dance.
-She can do acrobats and can do mid-air flips.
-She can do Chinese dance, Ballet and Contemporary dance.
-Chiayi had braces.
-She is said to look like a deer.
-Favorite food: Jokbal, Ice Cream, Vegetables, Chocolate, Sweet Potato, Carrot Cake, and Cheese tteokbokki.
-Favorite Flavors: Sweet, Chocolate and Cheese.
-Hobbies: Cooking, Exercising, and Photography.
-In the future, she wants to see Japan, the US, and Europe.
-Favourite Colour: Pink and Purple.
-Instead of seeing a doctor for back problems, she goes to Yoonhye instead for a massage.
-She is good at doing planks.
Her special talents are: Dance, Splits, Waacking.
-She can do a crab from standing up (exercise).
-She can do a cartwheel and finish into a splits.
-She can play the piano.
-Chiayi and Sika are always doing things together, Chiayi says together they are ‘one piece.’ Once they unintentionally wore the same clothes
-She likes Honey Butter Chips, they are her and Sika’s most favourite chips.
-She likes ‘Ghana Hazel Nut Milk Chocolate’ because it is soft and delicious
-She drinks almond milk on her diet.
– She really loves banana milk.
– Chiayi and the other two members had Subway often together while promoting in Flavor.
-She likes her tanned skin tone.
-Chiayi and Sika are roommates. 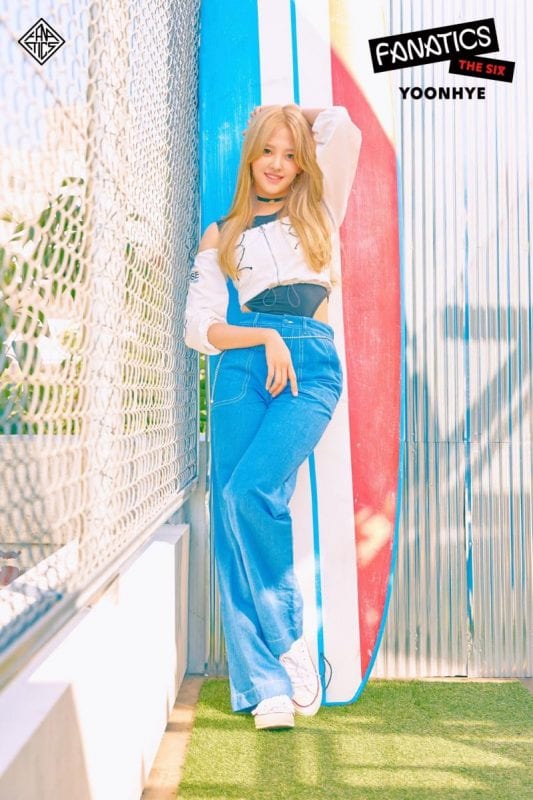 Yoonhye Facts:
-Yoonhye is a former trainee at JYP Entertainment.
-Representative day: Saturday.
-She is in charge of dancing and acting.
-She is the tallest member.
-She has long arms and legs.
-When she was in grade 6 she was 168cm.
-She laughs in her sleep. She sometimes wakes up because of the sound of her laugh.
-She has mono-lids but her eyes create creases so she also has double-lids.
-She has been learning dance for 10 years.
-She can do Korean Dance, Ballet, and Contemporary dance.
-She is good at massaging.
-Favourite colour: red.
-Her dislikes are ghosts and worms.
-When she has  free time, play with her friends or have time alone.
– Her favourite flavors are  Cheese and anything that has a cool taste.
-In the future she would like to visit Japan and Maldives.
-In elementary school, she was the President of the student committee, showing strong leadership.
-Yoonhye can guess the member’s voice with her eyes closed.
-She is flexible.
-Yoonhye’s special talents is doing the forward splits and bending her legs while doing the splits.
-She is interested in writing song lyrics and writes songs with her younger sibling.
-Since 2017, writes one song everyday.
-She has a younger sibling.
-She is good at staring contests. People think she would be terrible because her eyes are round and large.
-She likes to eat MongShell
– Yoonhye and the other two members had Subway often together while promoting in Flavor. 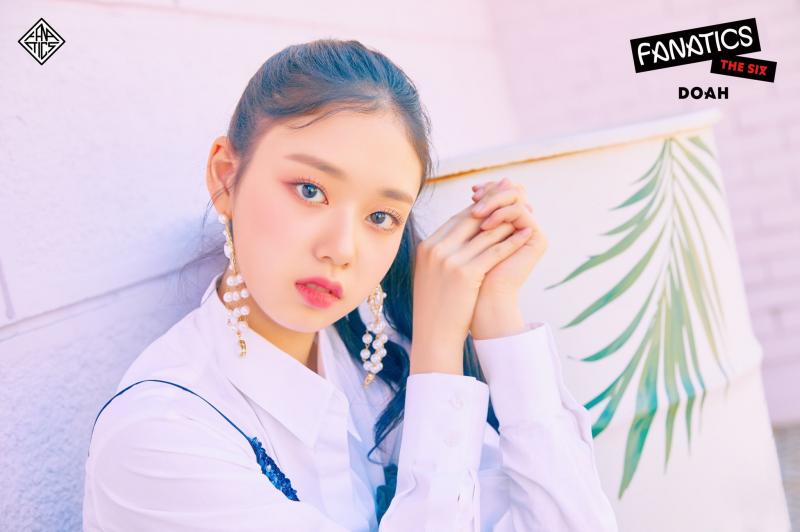 Doah Facts:
-Doah was a contestant on Produce 48 and ranked 23rd.
-Representative day: Monday.
-Doah is said to look like Kim Sohye.
-On Produce 48 her nickname was Ribbon Girl.
– Education: SOPA Music Department. Along with IZONE‘s Yujin and Fromis_9‘s Jiheon.
-Favourite food: Rice cakes, green tea, and cherries.
-Favorite colors: magenta and gray.
-She enjoys listening  to ASMR and disco music.
-Allergies: cat hair.
-Doah is a character on the web-drama “I Am Not a Robot” (로봇이 아닙니다)
-She would like to visit Hong Kong and U.S.A.
-Her role model is Krystal Jung she is also a fan.
-She has asymmetrical eyelids. Her left eye has 2 creases but her right
eye has 1 thick crease.
-Doah can blink really fast, she was the fastest to blink among the children in her grade 2 class.
-She has firm and plump cheeks, when poking and pinching her face it doesn’t hurt her.
-She can do an impression of Bonobono, a large dog’s bark and a small dog bark.
-When she laughs, even if it is after a while, she can easily put a straight face.
-She practices her rap a lot because she believes she can do better if she works hard.
-She can sing Blue’s (genre) a song example she can sing is Duffy – Mercy.
-She did freestyle on an audition programme and got an A grade.
-She drinks ‘Apple and Kale juice’ once a day for her diet.
-She doesn’t eat much but she loves to eat, so she finds it hard to be on a diet.
-People always tell her to believe she can do it, but she doesn’t believe and
thinks she is just an ordinary person and have too many things to improve.
-She got casted by FENT (the agency) on the streets, she didn’t tryout to be a celebrity.
-She has been training for 2 years (Singing, rapping, dancing, acting, etc.)
-When she gets new opportunities, she always doubts herself rather than having confidence.
-She doesn’t think she is good enough to be qualified.
-She gets stressed out a lot because she solves things herself, she doesn’t ask others for help.
-She doesn’t like to rely on others and wants to be independent.
-At first she was afraid to try new things that she hasn’t done before for the debut album and
worried she couldn’t do it.
-Her character on TV is being straight forward to others, but in real life she is the
opposite. She worries that her character when she is on TV makes others uncomfortable.
-She does not like to be influenced by others nor to influence others, so she doesn’t tell
people what to do or how to do it because she believes in them.
-When she is practicing or asking favours of someone, she doesn’t speak straightforward
to them, she asks them nicely rather pointing things out.
-She wishes people (fans) will not misunderstand her and let her show them her various
characters, because sometimes people hide their emotions. She wants to show the real self.
-She says she is physically healthy but she often gets small illnesses such as headaches, rhinitis,etc
because she gets them often, she gets tired easily, but they are not serious illnesses. She is worried
she will disappoint fans because she might not be in a good condition some days.
-She wrote some of the lyrics of  Sunday (FANATICS debut song), she wrote the lyrics hard with the members to impress and deliver gratitude to the fans.
-Doah and the other two members had Subway often together while promoting in Flavor. 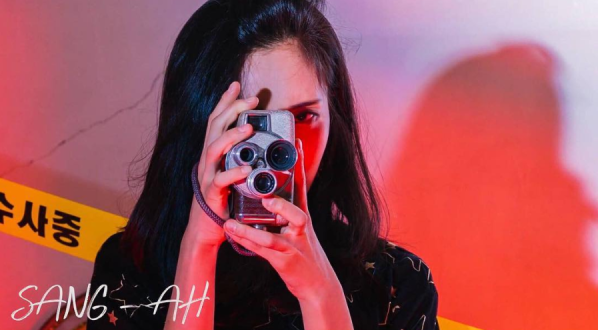 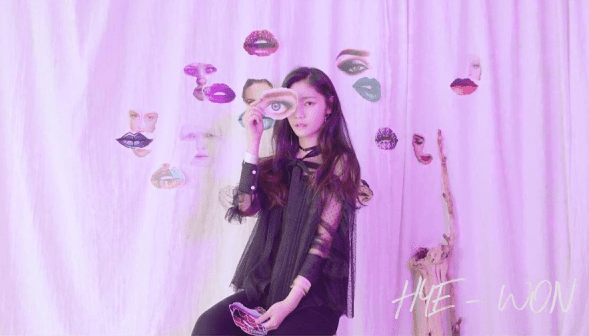 Who is your Fanatics bias? Do you know more facts about them? Feel free to comment below 🙂 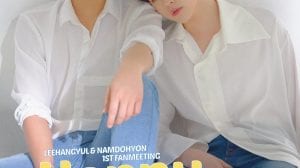 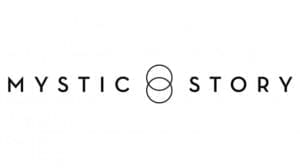 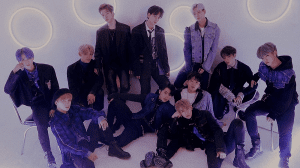 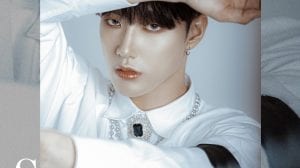 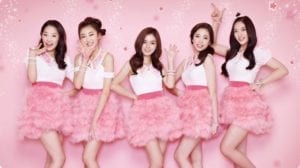