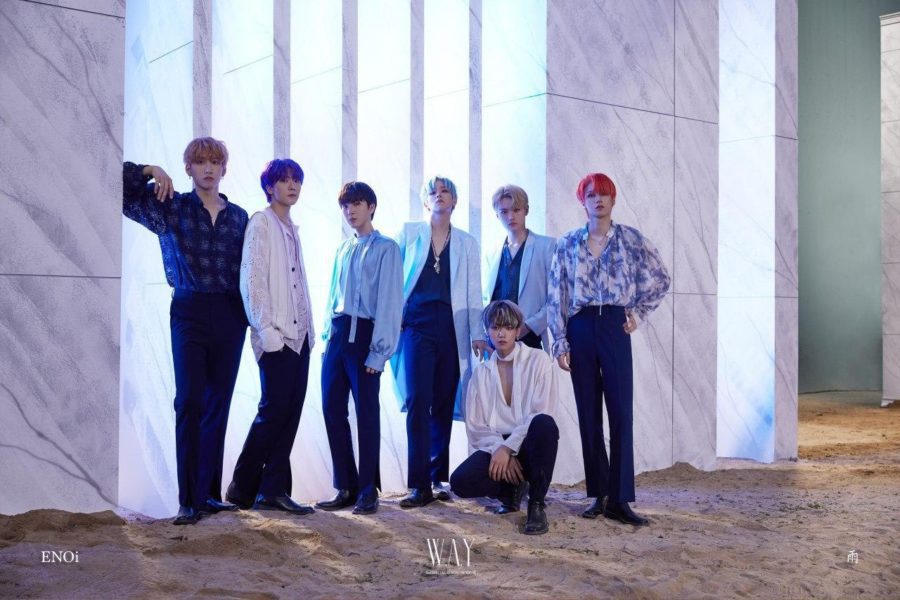 ENOi (이엔오아이), standing for “wE caN dO iT” consisted of 7 members: Laon, Dojin, Hamin, Avin, Jinwoo, J-Kid, and Gun. They debuted on April 19, 2019, under Kithewhale Entertainment, with their single “Bloom“. As of January 22, 2021, ENOi has officially disbanded. 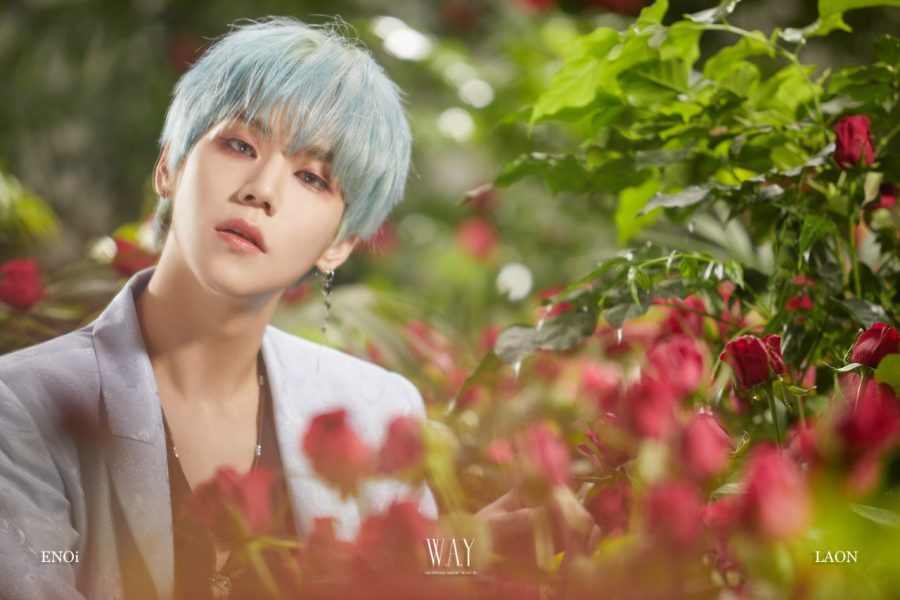 Laon Facts:
– Has an older brother
– When practicing only Bloom after debut, Laon stated that he started to doubt his dancing skills
– A former Boys24 member, in Unit Blue
– Laon’s MBTI is ESTP
– His representative color is Black
– Laon recruited all members of ENOi to be a part of the group himself
– He used to work introducing Purple Fashion’s brand designers, he was an interviewer
– Laon wrote and helped compose “Bloom”
– Laon has been referred to as J-Kid’s Master Secretary
– Voted Mr. Photogenic during their Off-stage Dance on Arirang K-Pop
– Laon plans all of ENOi’s events
– Laon was in the music video 진호 – 덩그러니 (All Alone) before his debut with ENOi
– His hobbies include Basketball, cooking, watching movies and reading
– He is a very talented barista
– His characteristics have been listed as “obsessed” and “depressed” under his official company profile page
– He loves 90’s music
-Laon does not like cucumbers
– He is said to be very enthusiastic
– Laon loves cats and dogs
– Laon used to want to be a golfer when he was in elementary school
– His nicknames include: 라온하다 (Ron), 할아버지 (grandfather), and 신선비 (fresh fare)
– On January 22, 2021, ENOi disbanded. Laon initially decided to continue activities under Kithewhale, however it appears the company closed down shortly after. 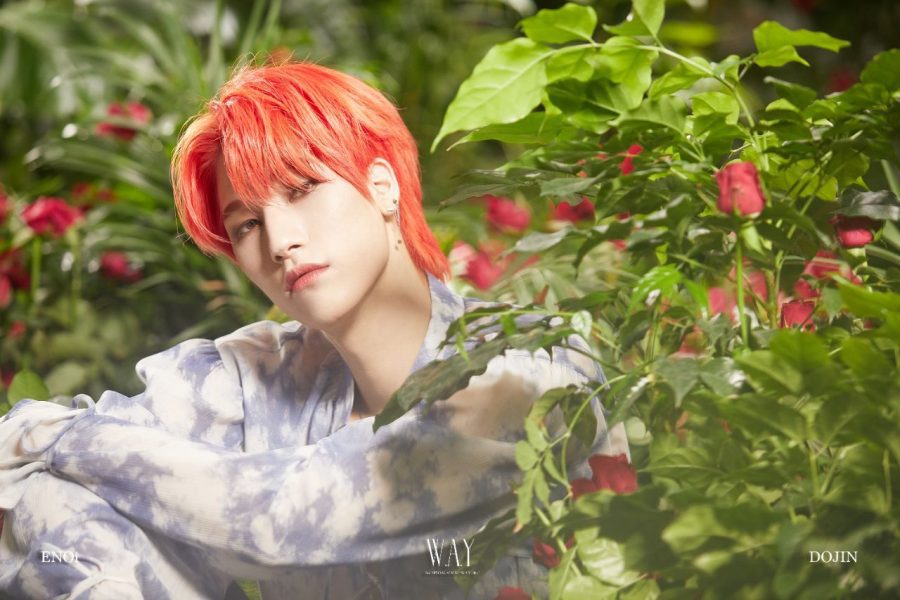 Dojin Facts:
– Has an older sister
– Dojin’s hobbies include writing lyrics, reading, and watching cartoons and movies
– He is a good cook, and also a Barista
– Dojin’s mbti is INFP
– His representative color is Green
– He loves to talk, but is the quietest member
– Despite his initial cold expression, he is very warm and charming
– Dojin is a huge fan of meat
– When attending the Halloween Red Moon Festival, Dojin had to memorize choreography in a day. He was able to pull it off perfectly, and Laon asked him to be a part of the group because of that passion
– When practicing the Urban Dance for ENOi, Dojin was still a student, so he had to practice the dance at an underpass near where he went to school
– Dojin likes to meditate when stressed
– On January 22, 2021, ENOi disbanded. Dojin initially decided to continue activities under Kithewhale, however it appears the company closed down shortly after. 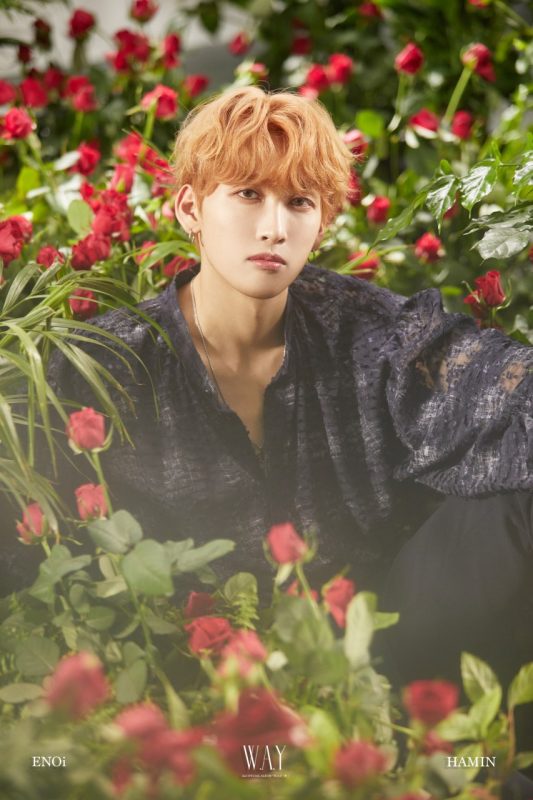 Hamin Facts:
– Has 2 younger brothers
– Along with Laon, Hamin was the first official member of ENOi, as such, Laon and Hamin are actually very close friends
– He is an excellent ballad singer
– Hamin’s mbti is ISFP
– His representative color is Dark Blue
– Hamin’s hobbies include: listening to music and watching baseball games
– He loves to watch romantic movies
– He finds comfort in the scenery outside of the bus
– He drinks Americano’s
– Hamin doesn’t eat eggplant or seaweed
– Can play the Piano
– Hamin has a dimple on the left.
– Before joining ENOi Hamin had a lot of hard times and faced a lot of failures
– His nicknames include: 교회오빠 (Church Brother) and 감성보컬 (Emotional Vocals)
– He is said to be the best in ENOi at Karaoke
– On January 22, 2021, ENOi disbanded. Hamin initially decided to continue activities under Kithewhale, however it appears the company closed down shortly after. 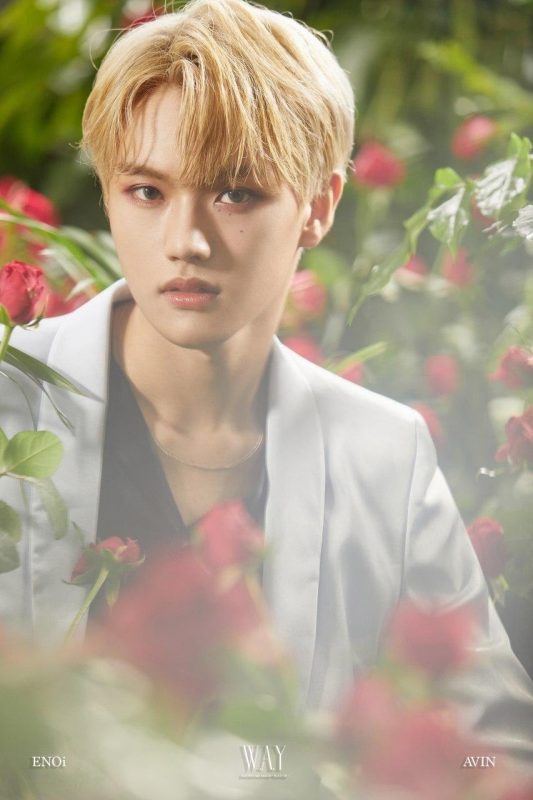 Avin Facts:
– Has a younger sister
– Avin joined ENOi without any hesitation and was announced as a member on February 3, 2019
– He studied at Yonsei University in Tourism and Hotel Tourism
– He enjoys mountaineering and coloring
– Avin’s mbti is ENTP
– His representative color is Sky Blue
– He can speak Chinese
– Avin has a dimple on the right
– He loves dessert, especially eating ice cream
– His personality has been described as soft in nature, with a pure, positive energy
– His nicknames include: 하마 (Hippo) because he drinks 3L of water at a time, 야노시호 (Yang Shiho), and 알바생 (albasaeng)
– He is the head of filming and producing content in ENOi
– He can play the piano
– Avin made an appearance in BUZZ‘s Analogue music video.
– It has been said that while you can’t see it on stage, he often becomes immersed with a bright and positive charm
– He likes to look up at the sky when stressed
– Avin appeared in Buzz‘s “Analogue” MV
– Avin decided to terminate his contract with Kithewhale Entertainment.
– On May 24th, 2022, Avin debuted in the boy group BLANK2Y, under Keystone Entertainment, using his real name Donghyuk.
View Avin’s Full Profile & Facts… 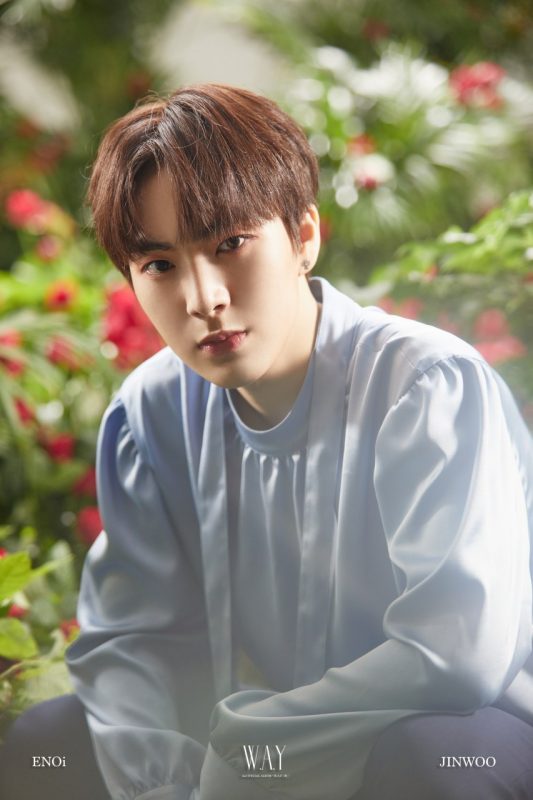 Jinwoo Facts:
– Has 2 older sisters
– Jinwoo went to school with Dojin
– His hobbies include: traveling, playing computer games, cooking and watching movies
– He is very good at flying paper airplanes
– Jinwoo’s mbti is ENFJ
– His representative color is Purple
– He loves to take nightly walks
– One of his favorite foods is french fries
– He is very careful
– Jinwoo agreed to join ENOi because he believed that Laon was a great leader, and wanted to join him where he went
– His nicknames are: 띠누 and 페코짱
– Jinwoo decided to terminate his contract with Kithewhale Entertainment
– He is currently a member of the boy group OMEGA X, under the stage name Kevin.
View Jinwoo’s Full Profile & Facts… 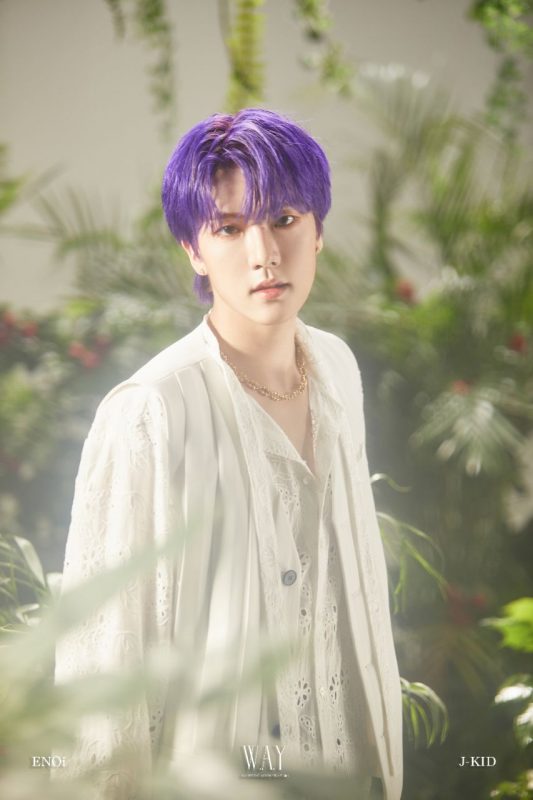 J-Kid Facts:
– Has an older sister
– J-Kid is ENOi’s Main Choreographer
– His hobbies include watching movies, reading, and shopping
– He loves Wolnam Soup and Rice Noodles
– J-Kid’s MBTI is ENTJ
– His representative color is Yellow
– He is very cheerful and passionate
– His nicknames include: 햄찌 (Ham), 까불이 (kkabulyi), and 개구쟁이 (bubbly) because he can’t sit still
– Laon thought that J-Kid’s attitude and wit would help bring up ENOi’s atmosphere, which is one of the reasons he was asked to be in ENOi
– Avin decided to terminate his contract with Kithewhale Entertainment
– He is currently a member of the boy group OMEGA X, under his real name Junghoon.
View Junghoon’s Full Profile & Facts… 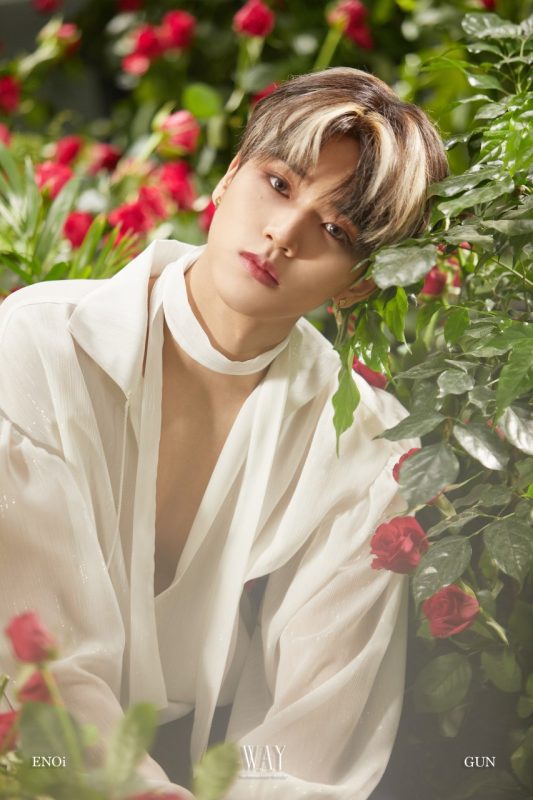 Gun Facts:
– Has an older sister
– Gun was hesitant to join ENOi when he was initially proposed a position
– He can play the guitar
– Gun’s mbti is ENFJ
– His representative color is Red
– One of his favorite foods is Ramen
– He is the most athletic member of ENOi and used to be very skinny, but worked hard to be more muscular
– Gun loves soccer
– While Gun is very considerate of others, responsible and passionate, but is said to have a lack of affection
– He listens to loud music when stressed and trains as much as his muscles will let him
– His nicknames include: 마포구 왕대륙 and 양건
– On January 22, 2021, ENOi disbanded. Gun initially decided to continue activities under Kithewhale, however it appears the company closed down shortly after. Gun either terminated his contract after it was initially announced he would not, or the contract dissolved with the company.
– He is currently a member of the boy group OMEGA X, under the stage name Hyuk.

Who is your ENOi bias? Do you know more facts about them? Feel free to comment below. 🙂 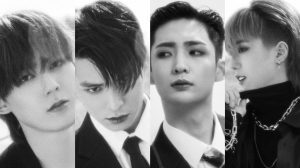 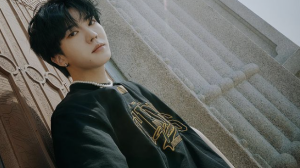 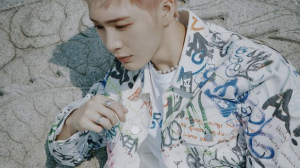