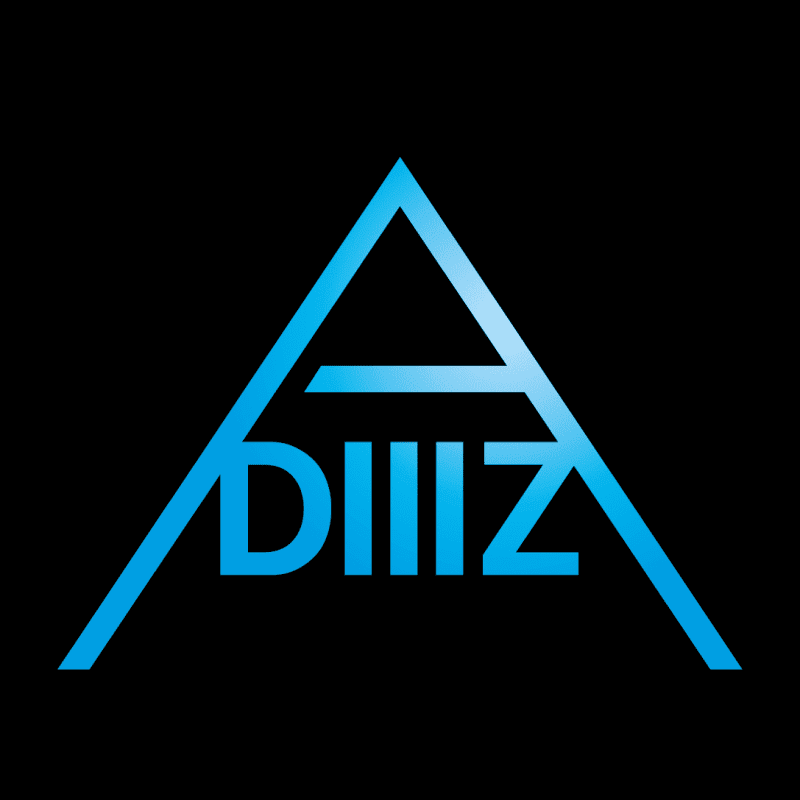 DMZA (디엠지에이) pre-debut girl group under U S Media Group. The group currently consists of: Suhyun, Euijeong, Minju and Youngchae. Jinseo, Ginny, Hime, Siyeon, Ayeon and Lasha left the group for unknown reasons. The company is still in the process of revealing the members. They will be making their debut in the second half of 2021. 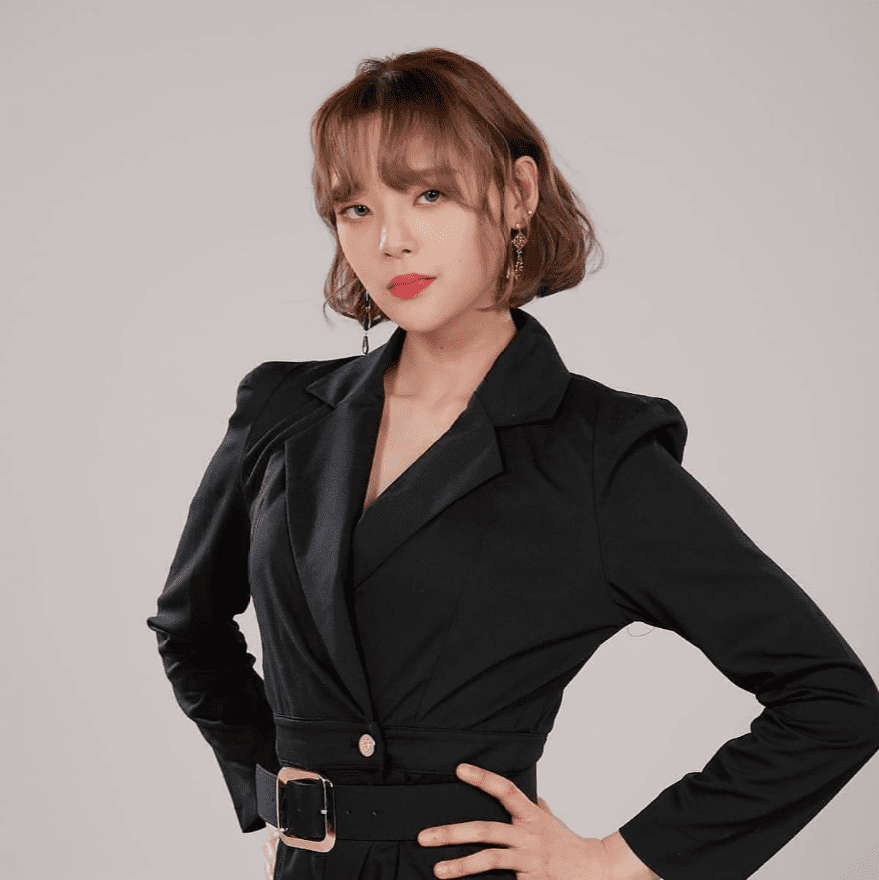 Suhyun Facts:
– On December 24, 2020, Suhyun was officially revealed as the ninth member.
– Suhyun’s favourite colours are pink, red and black.
– Her role model is Apink’s Eunji.
– On May 3, 2021, Suhyun’s profile photos were revealed, meaning that she is the third official member to be revealed to debut. 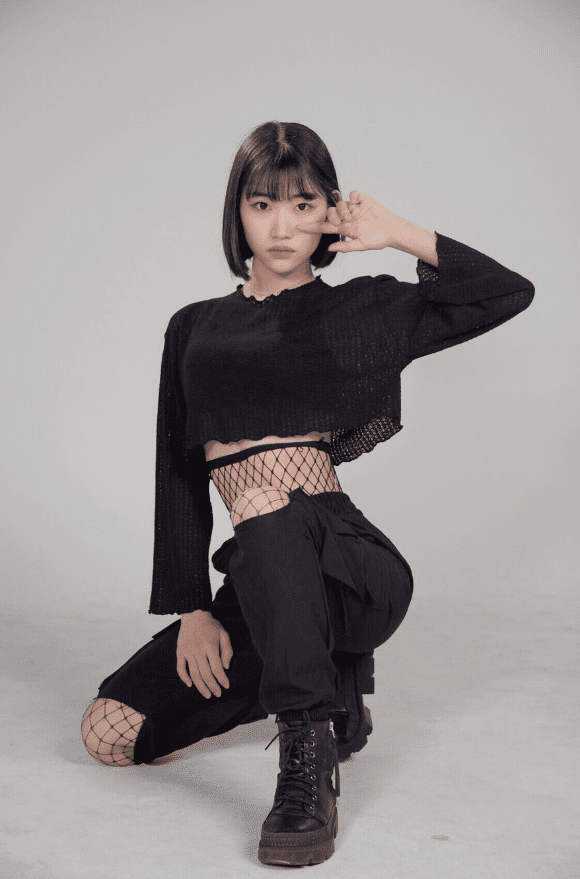 Euijeong Facts:
– On March 26, 2021, Euijeong was officially revealed as the tenth member.
– Her favourite colour is white.
– Her favourite song currently is ‘Someday’ by IZ*ONE.
– Euijeong’s favourite food is kimchi stew.
– Her shoe size is 245mm.
– She prefers dramas over movies.
– On June 1, 2021, Euijeong’s profile photos were revealed, meaning that she is the fourth official member to be revealed to debut. 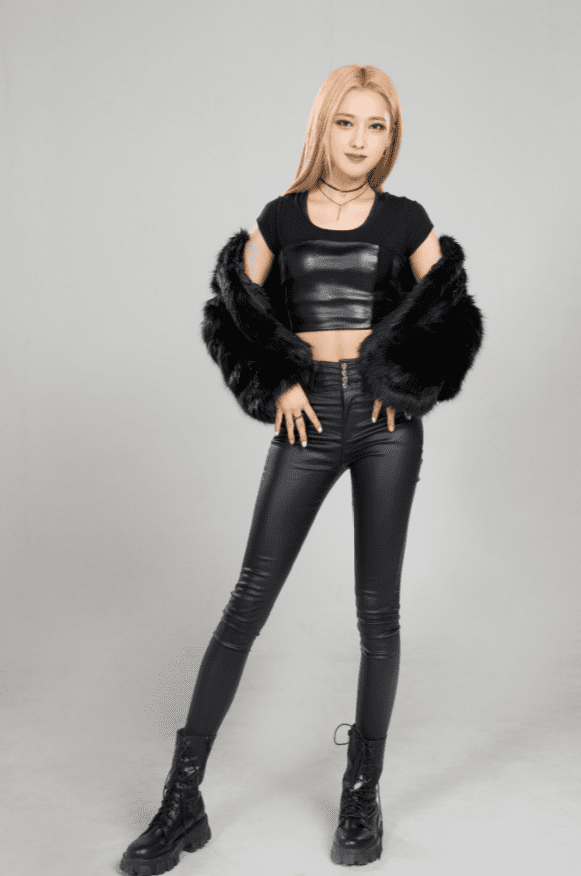 Minju Facts:
– On August 17, 2019, Minju was officially revealed as the first member.
– Minju is currently attending Hanlim Multi Arts School, where she is doing a major in Practical Dance.
– She likes BoA.
– The longest time Minju has slept for is 18 hours.
– She finds it hard to wake up.
– Her favourite colour is purple.
– Her favourite season is autumn.
– She respects Kim Yuna.
– Her favourite foods are ramyeon, chicken, pizza, meat, jellies, macarons.
– Her favourite number is 1.
– Minju’s favourite song right now is ‘Evening Sky’ by Ailee.
– She prefers the genre fantasy over reality.
– On March 1, 2021, Minju’s profile photos were revealed, meaning that she is the first official member to be revealed to debut. 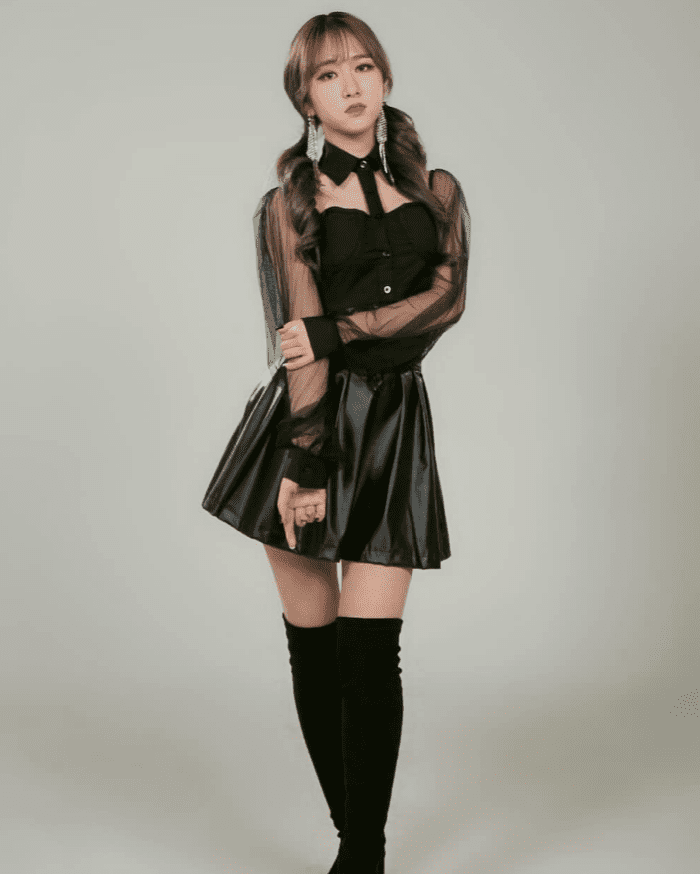 Youngchae Facts:
– On April 8, 2020, Youngchae was officially revealed as the seventh member.
– She has one sister and two brothers.
– Her shoe size is 230-235mm.
– She prefers dramas over movies.
– She also prefers the romance genre over action.
– Youngchae is good as sports.
– She gets scared easily.
– Her role model is Hwasa from MAMAMOO.
– Her favourite fruits are watermelon, pear, pineapple.
– Youngchae’s hobby is listening to songs which fit her current mood.
– She can eat everything except from bitter food.
– Youngchae says that she always feels awkward when she talking with someone new. She will treat someone like her best friend so she feels more comfortable around them.
– On April 4, 2021, Youngchae’s profile photos were revealed, meaning that she is the second official member to be revealed to debut. 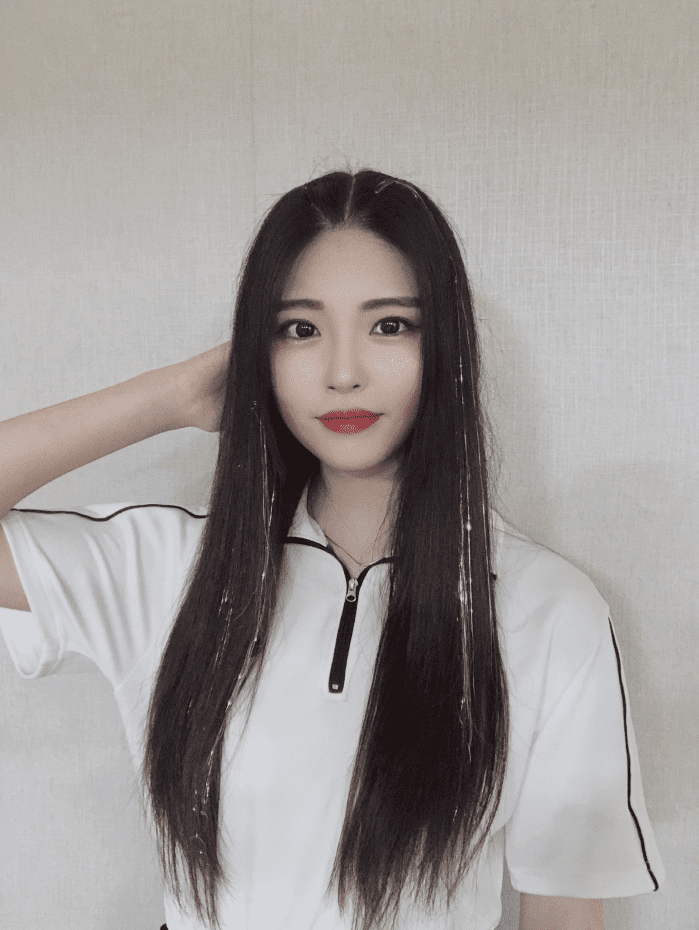 Jinseo Facts:
– On July 9, 2020, Jinseo was officially revealed as the eighth member.
– She has one brother and one sister.
– Her shoe size is 240-245mm.
– Jinseo’s favourite colour is pink.
– Her role model is BoA.
– She wants to learn how to do lyric-composition.
– Her favourite song right now is ‘Airplane’ by IZ*ONE.
– Jinseo prefers romance films over action films.
– Jinseo likes to draw and she’s very good at it as well.
– She has two cats called Ruby and Bello.
– At the beginning of 2021, Jinseo left the pre-debut group due to unknown reasons. 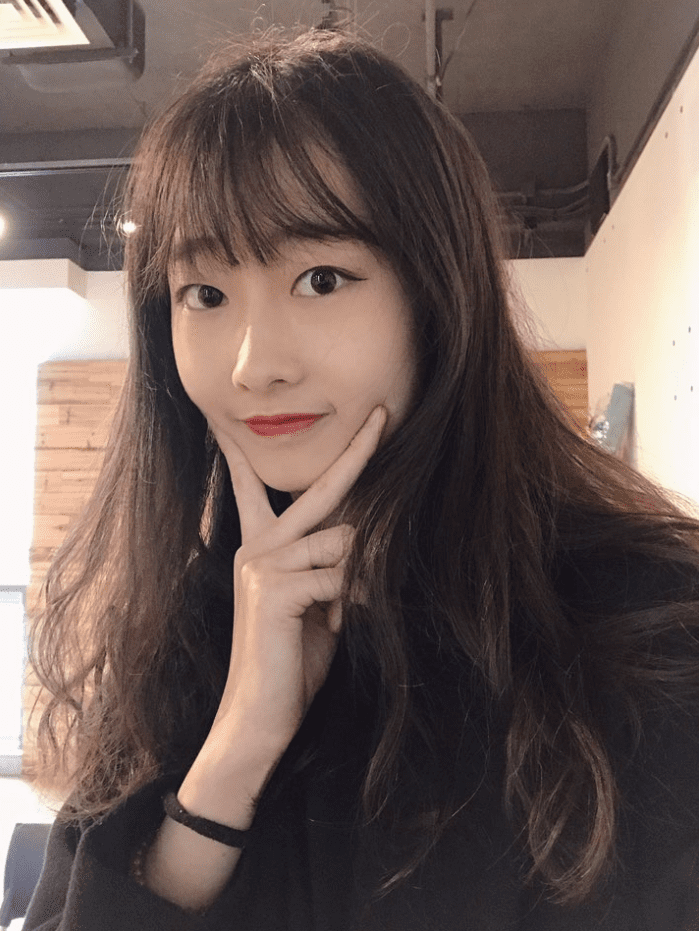 Ginny Facts:
– On September 28, 2019, Ginny was officially revealed as the fourth member.
– Ginny learnt rhythmic gymnastics whilst growing up in China and also Korean dance when she came to Korea.
– Around the first half of 2020, Ginny left DMZA as well as the company.
– Ginny has now debuted in the girl group SKYLE. 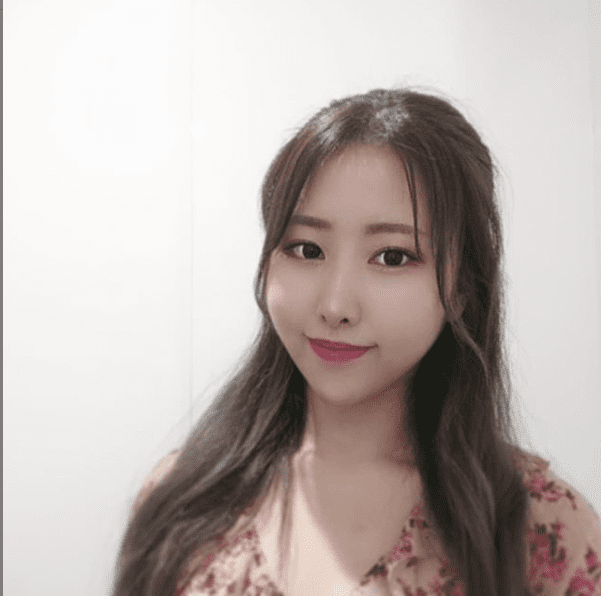 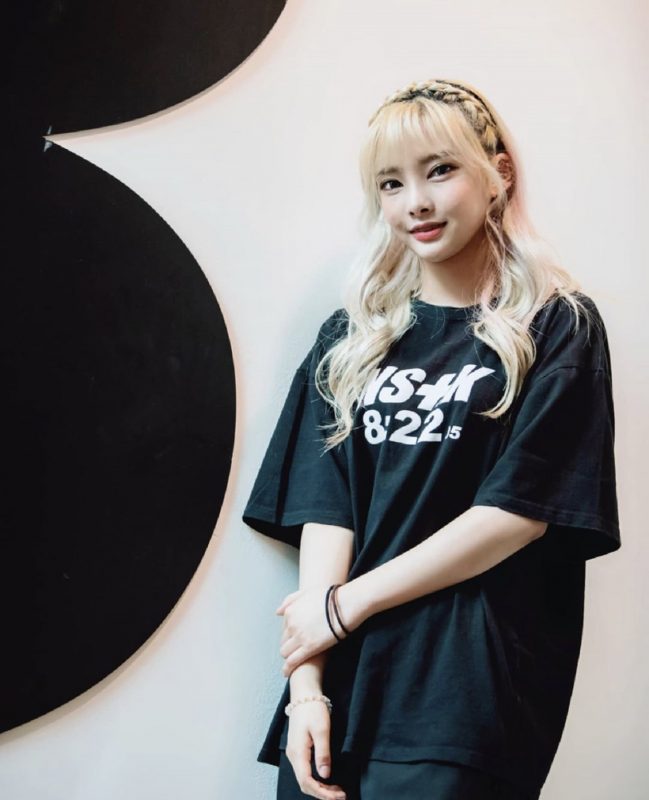 
Siyeon Facts:
– On February 29, 2020, Siyeon was officially revealed as the sixth member.
– Siyeon is currently attending Youngshin High School.
– Her shoe size is 240mm.
– She doesn’t like bananas or very sweet food in general.
– Siyeon’s favourite colours are black and white.
– Her favourite song is ‘Lay Me Down’ by Sam Smith.
– She admires Yoo Jae Seok.
– Siyeon cries easily.
– Nicknames: Martian (comicbook character), Masan Muchaengi.
– She talks alot.
– Her favourite number is 1114 (which is her birthdate).
– The longest time Siyeon has slept for is 15 hours.
– She wants to learn how to cook and cook with her other members.
– She laughs a lot.
– Siyeon’s hobbies include watching mukbangs and webtoons.
– On December 29, 2020, it was announced by the company that Siyeon decided to leave the debut group due to “unavoidable circumstances”. 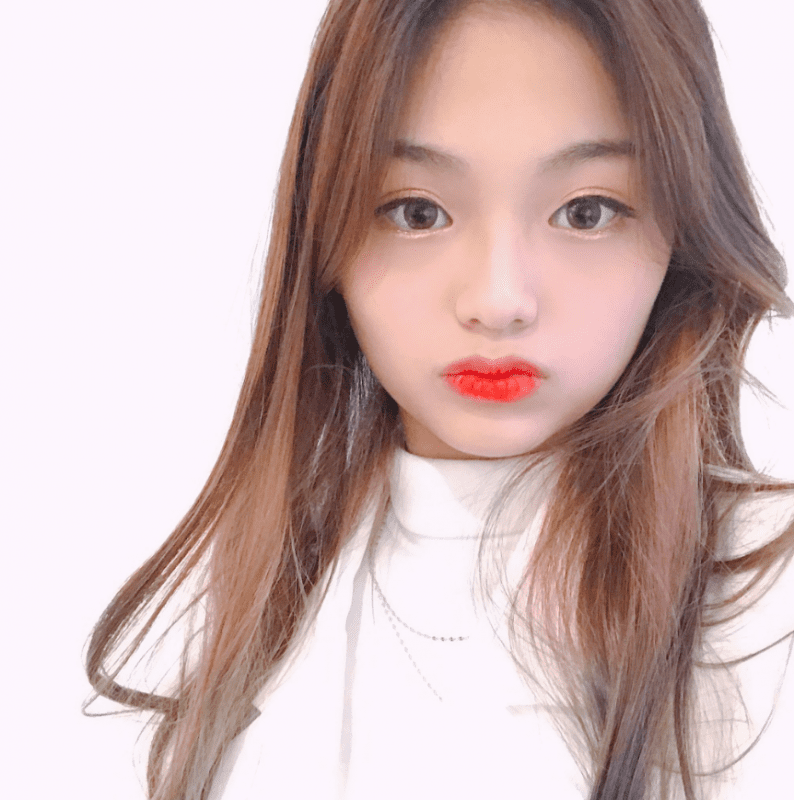 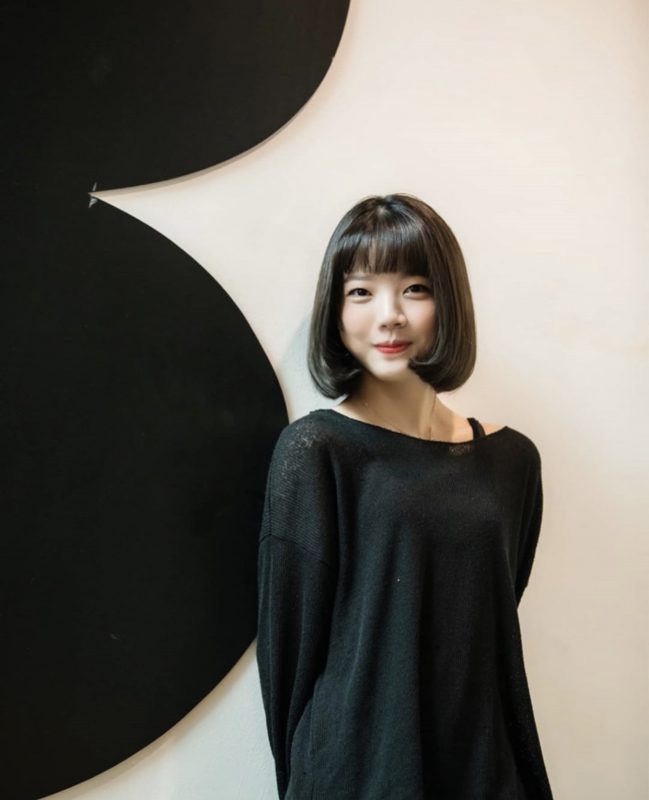 Joonee Facts:
– Joonee is currently attending Bugae Girls’ High School.
– On September 2, 2019, Joonee was officially revealed as the second member.
– She is a big fan of the actor Lee Seunggi.
– Nickname: Dooly (which is a cartoon character).
– Her favourite song right now is ‘Natural’ by Woody.
– Her wish is for DMZA to reach #1 on the Billboard Charts.
– Joonee’s favourite colour is pink.
– She respects her parents alot.
– Her favourite fruits are strawberries, kiwis, mangos, bananas, watermelons.
– Joonee’s hobbies include yoga, impersonatios, karaoke.
– She likes the movie ‘Matilda’.
– She wants to make pizza with her members.
– Joonee doesn’t get scared that much.
– Around, it was announced by the company that Joonee decided to leave the pre-debut group. 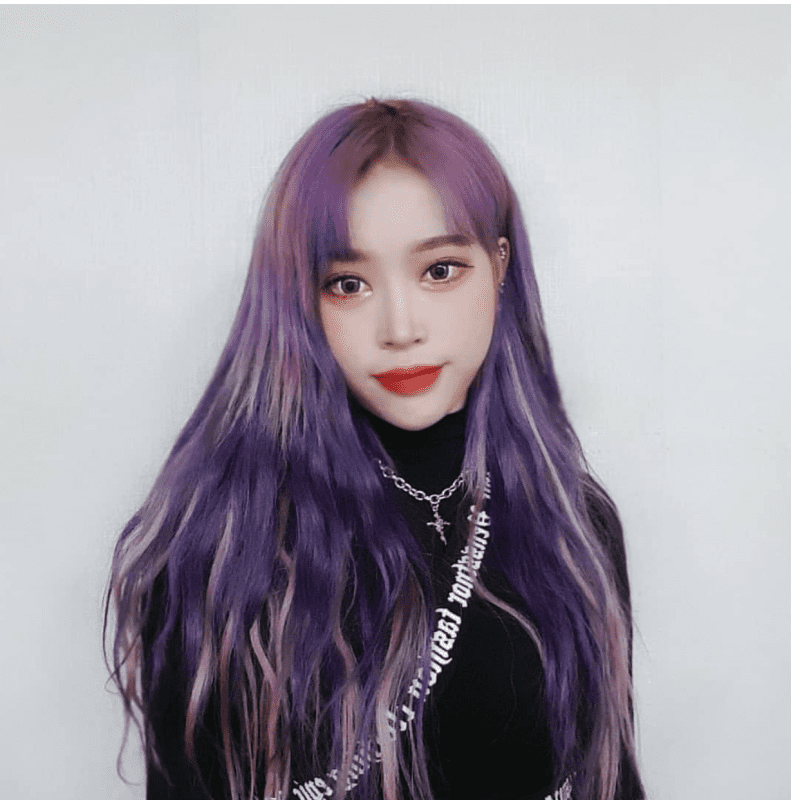 Lasha Facts:
– On November 30, 2019, Lasha was officially revealed as the fifth member.
– Her shoe size is 240mm.
– Lasha’s favourite season is winter.
– Her favourite colour is mint green.
– She likes street fashion.
– Her favourite number is 7.
– Lasha prefers jjajangmyeon over jjamppong.
– Lasha’s hobbies include drawing, story-making.
– She wants to visit New York and Tokyo the most.
– She prefers action over romance.
– On December 29, 2020, it was announced by the company that Lasha decided to leave the pre-debut group due to “unavoidable circumstances”.


Note: Please don’t copy-paste the content of this page to other sites/places on the web. The author put a lot of time and effort into this, so please respect that. If you want to use info from our profile, please kindly put a link to this post. Thanks a lot! 🙂 – Kprofiles.com

Who is your DMZA bias? Do you know more facts about them? Feel free to comment below. 🙂 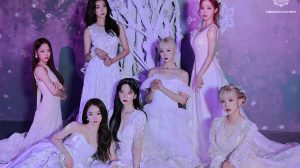 Poll: Which colour(s) do you think fits each Dreamcatcher member’s personality? 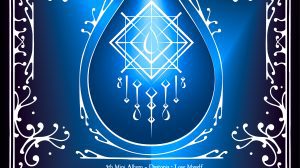 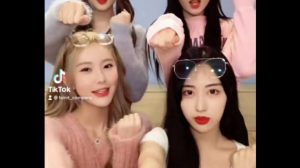 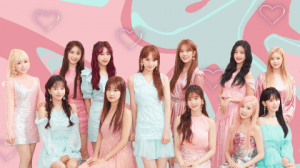