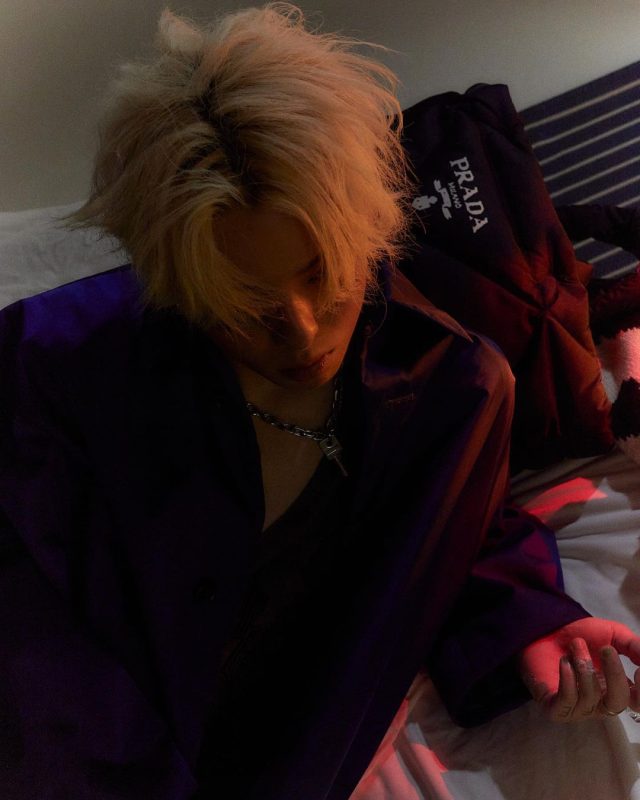 Chillin Homie is a South Korean rapper under the NFL crew and Mine Field.

Chillin Homie Facts:
– His MBTI is INFP.
– Born in Seoul, South Korea, but lived in Pohang.
-Grew up in Pohang so he considers Pohang as his hometown.
– He was born in the year of the Hare.
– Started rapping at the age of 18.
– His rap name got no meaning behind it.
– Debuted with the single Gang Move in 2018.
– As of September of 2021, he’s a part of Mine Field.
–  The first artist of Mine Field to be introduced.
– Announced as an artist of GROOVL1N on 19th September, 2019.
– His contract with GROOVL1N was terminated by mutual agreement in March of 2021.
– He’s a member of the crew NFL.
– The type of rapper he wants to be is one whom can participate in a lot.
– In Feb. of 2020, he released his first EP album Saviour from the hell pt1.
– Then released an MV of its title track WASSUP, Original Ver / Clean Ver.
– Rapped for 2 years then joined SMTM at the age of 20.
– A former contestant on SMTM777, SMTM8, and SMTM9.
– Decided to drop out of SMTM9 before the Mic Selection round due to personal reasons.
– A feature on Itownkid‘s 끝(Go Fi Dem) semi final performance at HSR3.
– An message Chillin wants to send to the Korean Hip Hop is that he’s the best at being funny.
– Thinks the problem of Korean Hip Hop is that the diversity of genres isn’t respected.
– He has stated that his face rank in the Hip Hop scene is in the Top 10.
– If he hadn’t begun doing Hip Hop, he would have gone to college.
– Wanted to be an architecture as the workers looked sexy whilst working.
– He’s thinking of studying in Germany.
– Currently learning German because he heard Germany is good at architecture.
– Used to play the piano when he was young, then he learned the violin and flute.
– His mental health has gotten better. He’s a lot happier these days.
– Chillin has changed a lot of things about himself.
– He’s neutral about whatever the world is a good place or not.
– Also neutral of feeling refreshed after waking up.
– He is neutral about being full of confidence.
– He isn’t satisfied with his current income.
– Doesn’t feel bored if he doesn’t turn on Instagram live.
– Chillin has a memory of his that he wishes to erase and move on from it.
– When he couldn’t work on music, he held onto positive thoughts and tried again.
– The reason why he suffered from depression was due to thinking he couldn’t do music well.
– Couldn’t overcome his depression and only had bad thoughts at the time which is why his depression worsen overtime.
– Uses translator and watches translated music videos to understand and learn English.
– He uses English in his songs cause it sounds nice and looks good.
– Doesn’t like it when it rains or snows. He likes clear weather.
– His career role model is JTONG.
– Loves football, his favorite club is Pohang Steelers and Arsenal FC.
– Favorite player from Arsenal FC is Hector Bellerin.
– He has a friend from Pohang FC.
– Spends a lot of time at home.
– Doesn’t enjoy heavy drinking.
– He enjoys listening to OST’s from movies.
– When he has time he watches movies. He enjoys watching horror movies.
– Cannot choose just one song as his favorite since he has way too many.
– Later in life, he’s thinking of removing some of his tattoos.
– He wants to break the strong impression people have about his rapping style.
– Featured on RAVI’s single album ASURA which was released on 7th Dec. of 2019.
– Chillin was featured on RAVI‘s single album BUM, alongside Kid Milli.
– He was featured on Mckdaddy’s and DSEL’s album.
– Worked with artists like Xydo, Eptend, KHAN, Cold Bay, Kim Seungmin and more.
– In Sep. of 2021, the album LOGIN was released which he worked with producer Seongguk.
– In Dec. of 2021, he appeared on TVING’s YT channel > [EMERGENCY].
– His dream is to be a dad.
– In March of 2022, he featured on ‘Peace Out‘ on Dingo’s YT channel.

NOTE: Please don’t copypaste the content of this page to other sites or places on the web. If you use info from our profile, pretty please kindly put a link to this post. Thanks a lot – Kprofiles.com

Do YOU like Chillin Homie?
Total Votes: 1513
×
You or your IP had already vote.

Do you like Chillin Homie? Do you know more facts about him?
Feel free to comment below. Thank you for your help!