Bullet Train (ChouTokkyuu/超特急) is a Japanese boy group under Stardust Promotion that consists of 5 members (4 main dancers and 1 back vocalist): Kai, Ryoga, Takuya, Yuki and Takashi. The group was formed on December 25th, 2011 and debuted on June 10th, 2012 with the single ‘TRAIN’.

Ryoga Facts:
– His hobbies are watching animes and gaming.
– In 2018, he became honorary police chief for a day of the Ota station in Gunma prefecture.
– His ‘buddy’ item is wet tissue.
– He has a dog called Tiara. She’s a chihuahua.

Kai Facts:
– His hobbies are painting, window shopping and gaming.
– He has and older sister.
– He acted in the movies ‘Tokyo Ghoul’ and ‘Tokyo Ghoul S’ as Hideyoshi Nagachika (永近英良).
– He’s an iKONIC (iKON‘s fan)
– His favorite food is cheese.
– His acting role model is Masataka Kubota.
– The most important things for him are family and friends.
– He doesn’t like sending his name in katakana (カイ) to his friends because it switches jobs, like it’s Bullet Train’s Kai and not Ogasawara Kai [to NYLON Japan].
– His ‘buddy’ items are glasses.
– He’s a Pokémon’s Pikachu big fan.

Takuya Facts:
– His hobbie is appreciating music.
– He acted in the movie ‘Dosukoi! Sukehira’ as Takumi Minato.
– He has 4 younger brothers.
– His ‘buddy’ item is a hat.
– Kai said that Takuya takes around 40 minutes bathing and applying body lotion and gets really angry when he’s disturbed in his beauty time.
– He started studying acting in 2010.
– He’s really interested in fashion.
– He’s really good playing soccer.

Yuki Facts:
– Yuki used to be Bullet Train’s leader, but he withdrawaled.
– His hobbies are reading, gaming and watching anime.
– His ‘buddy’ item is the Dyson vacuum cleaner.
– Q: If you could have lunch with anyone in the world, who would it be?
A: “I can’t speak English, but Steve Jobs. I want to know the thoughts of these person.”

Takashi Facts:
– His hobbies ar singing and playing the guitar.
– Takashi laughs a lot when he watches Miki’s comic characters in a comedy combination. So he does it always for about an hour.
– His ‘buddy’ items are black skinny pants.
– He has two cats called Meecha and Gaana.

Koichi Facts:
– He left the group on January 16, 2018.
– His hobbies are listening and playing sports
– He got in Stardust Promotion around January 2010.
– He started studying dancing when he was 7.
– He can play drums, piano and trumpet.
– There wasn’t a lot students around his age in school, so he was always alone.
– Koichi used to be in a group called ‘nakedboys’, but he graduated.
– He’s best friends with DISH’s Ryuji and PrizmaX’s Daiki.

Yusuke Facts:
– He left the group on February 20, 2020 due to poor mental health.
– His hobbie is going to the movies.
– Yusuke has a sister and a brother.
– His negative side is that he’s the most susceptible/sensitive.
– He doesn’t like to worry people, so he avoids crying.
– He’s a Funassyi (japanese doll) fan and enjoys impersonating it.
– He wrote one of the songs in the ‘Golden Epoch’ album.

(Special thanks to: Gateway)

Do you like Bullet Train? Do you know more facts about them? Feel free to comment below. 🙂 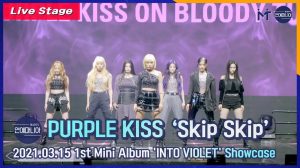