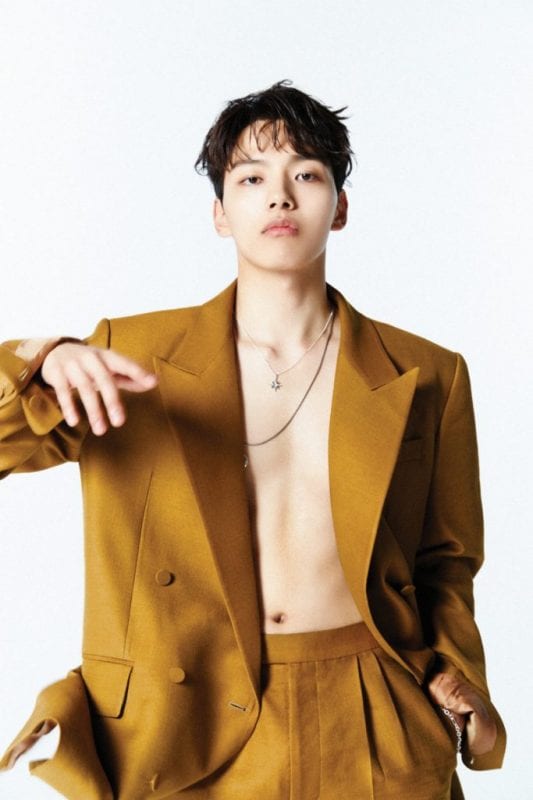 Yeo Jingoo (여진구) is a South Korea actor under Janus Entertainment. He debuted as a child actor in 2005.

Yeo Jingoo Facts:
– He was born in Seoul, South Korea.
– He was a child actor.
– He was nicknamed “Nation’s Little Brother”.
– As a child, he wanted to appear on television and therefore asked his parents to let him try acting.
– With the support of his parents, he took acting lessons and eventually made his debut on the big-screen with Sad Movie in 2005.
– He is the eldest of two siblings. He has a younger brother named Taegoo born in 2002.
– The hanja for his name is “呂珍九“.
– He was an ambassador for 6 company/institituons. He was an ambassador for: “Kasania Ambassador” and “Youth Unification Education Ambassador” (2010), “Korea Youth One Mind Federation Teen Youth Celebrity Ambassador” (2011), “Ambassador of Public Child Protection” (2012), “Stop School Violence Ambassador” (2013), and “Ambassador of the 16th Seoul International Youth Film Festival” (2014).
– He appeared in K.Will’s MV for ‘I Need You’ in 2012.
– He also appeared in Baek Jiyoung’s MV for ‘Still in Love’ in 2014.
– He has had 3 reality shows: ‘I’m Real, Yeo Jingoo in Italy’ on QTV, ‘Giving from Jingoo Oppa’ on tvN Asia, and ‘4 Wheeled Restaurant’ on tvN.

Which is your Yeo Jingoo favorite role? Do you know more facts about him? Feel free to comment below. It can help new fans find more info about him. 🙂