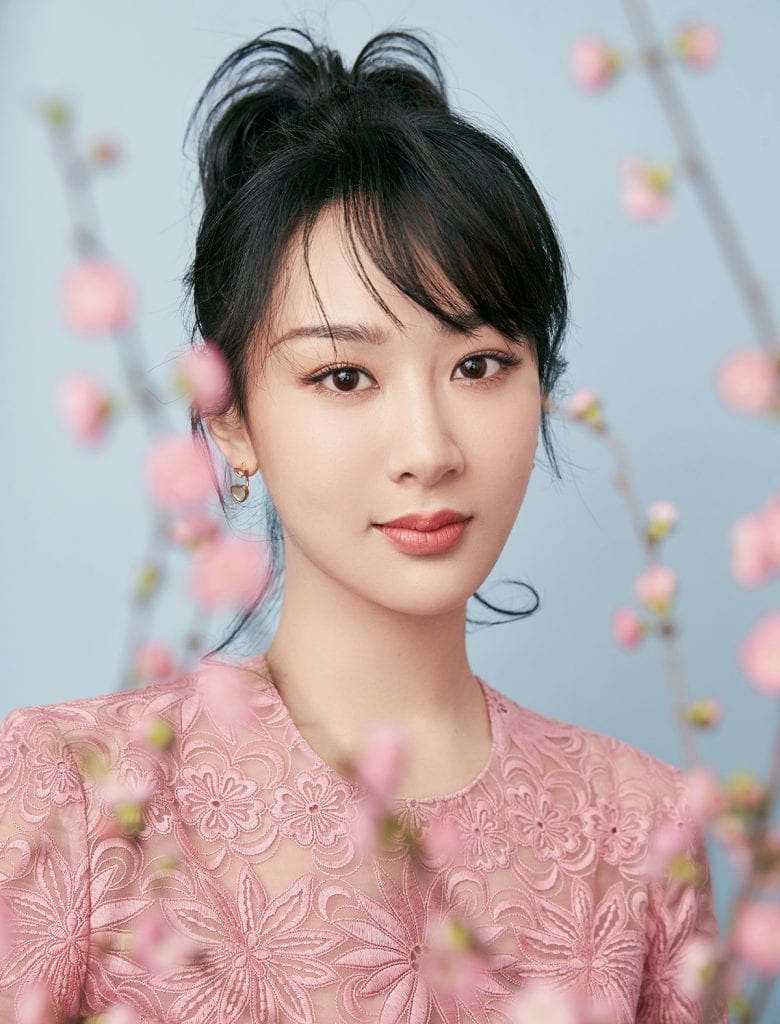 Yang Zi Facts:
– She was born in Beijing, China.
– She studied at the Beijing Film Academy (2010-2014).
– Her hobbies include singing, playing guitar, swimming and dancing.
– Her favorite artist is Audrey Hepburn.
– Her favorite color is blue, violet and pink.
– Her favorite food is pizza and roast duck.
– Her favorite fruit is durian and watermelon.
– Her favorite movie is “The Classic” (假如爱有天意).
– Something that can cheer her up easily is eating a hotpot.
– Her life motto is “Lead your own way and never mind what others say” (走自己的路，让别人说去吧).
– She considers her fans as loved ones who keep her company.
– The things she enjoys doing when staying home alone are lying down, tidying up and watching movies.
– She prefers love that develops over time instead of love at the first sign.
– She doesn’t like sleeping at night alone because she’s scared of monsters, that’s why she ordered a big knife on Taobao to keep away evil spirits.
– She thinks people have an unrealistic image of actors.
– The dream of becoming an actress came to her at five years old after watching her
favorite drama “My Fair Princess” with her idol Zhao Wei.
– Her dad went with her to castings.
– She sings soundtracks for c-dramas.
– In her free time, she prefers staying at home over going out.
– Her advice to everyone is to pursue your dreams no matter what as she did with hers.
– She felt miserable after joining the cast of “Ode to Joy” (欢乐颂) as Qiu Yingying.
– Whenever she feels down as an actress she remembers the words of her teacher Mr.Zhang Hui in college saying that every single one of them is an artist and unique.
– She felt tired living to everyone’s expectations until at 25 years old she decided to be only her true self.
– Her goal is to be real, pursue her own dreams and film her own favorite roles.
– She describes her personality as wild and lovable.
– If she would end up at the deserted island she would like to be there with Doraemon because she feels that he’d do everything for her.
– She went to school with actor Li Xian but they weren’t close during that time since she was in a class higher.
– The most memorable drama she played in is “The Battle Of Changsha” (战长沙) because it gave her a lot of encouragement to say that she’s an actress.
– Her ideal love relationship would be to support and understand each other, also becoming a better version of themselves.
– Ideal Type: Someone warm as sunlight, handsome, kind-hearted and honest.

profile made by ♡julyrose♡
(Big thanks to Wikipedia and Wiki for c-dramas! Thank you Qi Xiayun for Korean names!)

How much do you like Yang Zi?
Total Votes: 528
×
You or your IP had already vote.

Do you like Yang Zi? Do you know more facts about her? Feel free to comment below.