Home » Other profiles » Will Jay Profile and Facts
Add Comment

Will Jay Profile: Will Jay Facts, Will Jay Ideal Type 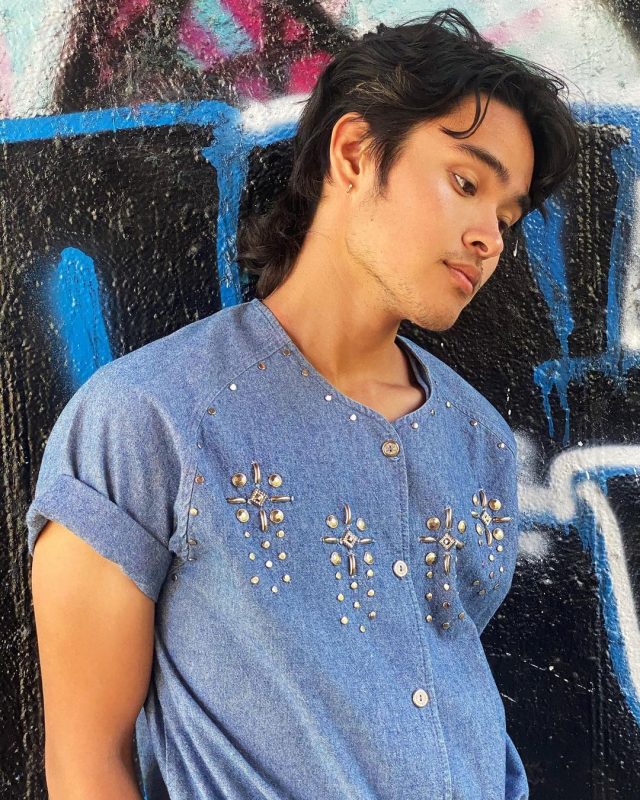 Will Jay is an American singer under Neon Entertainment. He is a former member of the American boy group IM5 (2012-2016) under the stage name Will. He made his debut with ‘Gentleman’ on April 20th, 2016.

Will Jay Facts:
– Will Jay was born in Los Angeles, California.
– He is of Chinese and German descent.
– He has a younger brother named Alex.
– He enjoyed playing football and studying piano as a child.
– His favorite color is Green.
– His favorite superhero is Hawkeye.
– His favorite movie is Flash Gordon.
– His favorite candy is Swedish Fish.
– He had a gangster/rap/emo phase.
– He is addicted to McDonald’s.
– He plays the piano/keyboard.
– He loves BTS and is an ARMY.
– ‘Colors of the Wind’ from Pocahontas is his favorite Disney song.
– He recently got a pug named Lulu.
– He can’t watch horror movies and says he can’t even read the Wikipedia descriptions without getting heart palpitations.
– After he learned what the word “cool” meant, he started to branch out into more genres of music.
– He loves a variety of music, but his heart is in R&B and Gospel. Stevie Wonder, Al Green, Aretha Franklin and Otis Redding are just a few of his favorites. Throw in some singer/songwriters like John Mayer and Jason Mraz, some alternative rock like The Script, some retro soul like Adele and Dionne Bromfield, some old school hip hop like A Tribe Called Quest, De La Soul and Run-DMC and you have his iTunes library.
– He won singing competitions and piano scholarships in Southern California.
– His parents met in China at Beijing University where they were graduate students and later married.
– His family includes two generations of piano teachers.
– He has been playing the piano since I was 4 and he is classically trained.
– He is a former member of the American group IM5.
– He and IM5 performed more than 200 shows around the United States and Canada. They even performed at the Kids’ Choice Awards in Mexico.
– He arranged IM5’s YouTube covers, their mashups and was the sole writer for their most popular iTunes release, “Heartless.”
– He left the band in December 2014 to pursue a solo career.
– He portrayed Li Shang/Mulan from Mulan in the DisneyDudez series.
– From an early age he found a love for performing.
– He started in musical theatre and transitioned into acting, landing a guest role in TNT’s “The Closer” and commercials for Target and Nintendo.
– He’s done his share of background singing with acts like Linkin Park and Josh Groban.
– Will Jay on his music: “I describe my music as a family tree. Going back two generations, I would consider my grandparents to be The Beatles, as they are my main inspiration for songwriting. My mom is Adele and my father is Elton John. I have many influences but if there’s one artist I want to sound like, it’s Elton. Jason Mraz is my uncle; my music definitely has a touch of his singer/songwriter sensibilities. I have two brothers: Bruno Mars and Sam Smith. I look to Bruno for his throwback vibe and catchy melodies, whereas I admire Sam for the honesty in his lyrics and the authenticity of his music”.
– He has been proactively recording and writing and in April 2016 released his first single to radio, “Gentleman”, which to date has been streamed just over 1,000,000 times.
– Rounding out 2016 he released a five song EP, recorded a duet with Sonika Vaid entitled, “Smoke From Distant Fires” and released a holiday song, “Christmas Come Early.”
– In 2017, he released “Leading Man”, “Off The Record”, and “Gangsta”. All of his 2017 releases have succeeded in reaching in the hundreds of thousands of video views and music streams.
– His YouTube channel has over 11,000,000 views in total and his music has been featured in Buzzfeed, MTV, Refinery 29, and iHeart Radio to name but a few outlets.
– In just its first month of release, “Never Been In Love”, has amassed over 300,000 video views and over 300,000 streams on all music platforms combined.
– In July 2018 he released an EP entitled, Outloud Featuring Will Jay. The first single is “Louder”.
– He wrote a song for the animated movie Wonder Park which is sung by Grace VanderWaal in 2019.
– He collaborated with Matt Strike Music on the song ‘Give In To You’ in 2019.
– He is currently in a relationship with a girl named Sam Creighton who is also a singer.
– In an interview, he was asked ‘What would you tell your 13-year-old self?” and Will Jay replied, “I would tell him that 9 years later the things people made fun of you for will be celebrated. you’ll finally have people who are kind to you. and, you’ll be much, much happier”.
– He was on The Voice China but was eliminated.
– Will Jay co-wrote SF9‘s song ‘Lullu Lalla’ for their first full album ‘First Collection’.

Do you like Will Jay? Do you know more facts about him? Feel free to comment below. 🙂 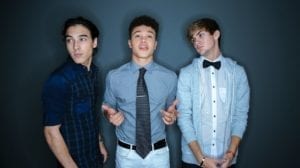