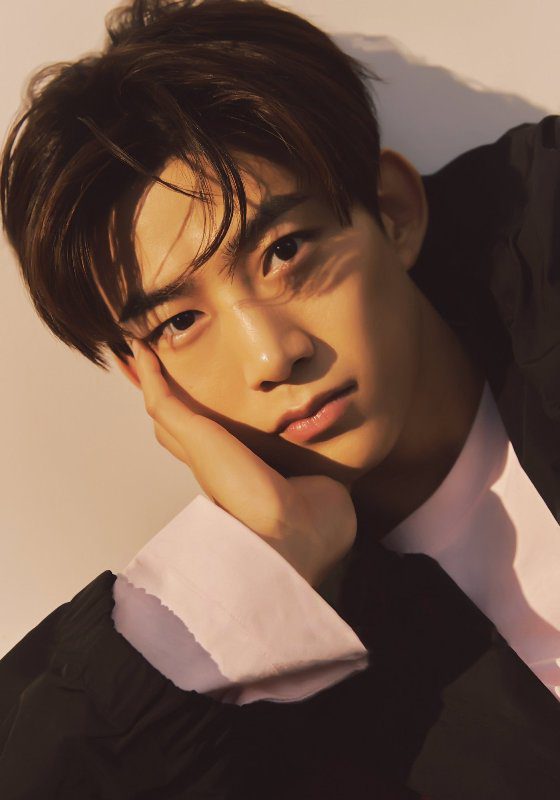 Taecyeon (택연) is a South Korean soloist, actor and entrepreneur, best known for being a member of kpop boy group 2PM under JYP Entertainment. On July 25, 2018, he left JYP Entertainment and has since signed to 51K. He made his official solo debut in January 2017.

Taecyeon Facts:
– Taecyeon was born in Seoul but has also lived in Busan, South Korea.
– Family: Parents, older sister; Ok Jihyen.
– He speaks Korean, English, Japanese. He can also speak satoori; the Busan dialect.
– In 1998, he and his family moved to Bedford, a town in Massachusetts, USA, which is situated in the Greater Boston Area where he stayed at for seven years approximately.
– Education: Korea University Graduate School of International Studies, Dankook University (major in Business Administration), Yong Dong High School (transferred), Bedford High School.
– While in school he was a member of the Chess Club, Jazz Band, JV Soccer Team and National Honor Society.
– After his sister’s persuasion and his initial reluctance, he auditioned for JYP Entertainment in New York city where they both headed at the day of his 17th birthday.
– He was originally meant to be a model but he eventually received training for singing and dancing. He then became a ‘Superstar Survival’ contestant who was the first to get eliminated.
– He joined Mnet‘s survival show ‘Hot Blood Men‘ where he was one of the 13 trainees who had to follow an extreme training routine in order to debut as members of JYP’s new then group ‘One Day‘. ‘One Day‘ was split into two boy groups ‘2AM‘ & ‘2PM‘ respectively.
– Taecyeon debuted as the main rapper, sub vocalist and second visual of 2PM (a second generation boy group which is remarkably known for their distinctive tough and macho beast-like image) on September 4, 2008, under JYP Entertainment. His contract with JYP Entertainment expired on July 25, 2018, and he decided not to renew it, however, his new agency confirmed that he may still continue his activities as a 2PM member in the future.
– In 2010, JYP Ent. representatives reported that Taecyeon received back surgery and requested his American permanent residency cancellation in order to be able to enlist in the army.
– One of his wildest idol experiences: A bloody letter sent to him by a sasaeng fan.
– Personality: Even if he’s considered a beast idol, he is very relaxed and playful. He really loves sleeping.
– He has his driving license.
– Religion: Christian.
– He has a large scar on his arm from when he fractured it while arm wrestling carelessly with Junho.
– He launched a green colored cat character Okcat and became the CEO of Okcat business in 2013. He shared the story behind the character and how he began developing it ever since his debut days during a 30-minute press conference on ustream. There are Okcat shops and emojis available on KakaoTalk.
– He appeared on the global edition of ‘We Got Married’ next to Taiwanese actress Emma Wu.
– He has starred in various television dramas and movies such as: ‘Cinderella’s Sister’ (2010), ‘Dream High’ (2011), ’99 days with the Superstar’ (2011), ‘Who Are You’ (2013), ‘Marriage Blue’ (2013), ‘Wonderful Days’ (2014), ‘Assembly’ (2015), ‘Let’s Fight, Ghost’ (2016), ‘House of the Disappeared’ (2017), ‘Save Me’ (2017), ‘The Game: Towards Zero’ (2020), ‘Vincenzo’ (2021), ‘Secret Royal Inspector & Joy’ (2021).
– In 2011, he sang for the ‘Dream High’ OST with Kim Soohyun, Suzy, J.Y. Park and groupmates Wooyoung and Nichkhun. In 2013, he sang for the ‘7th Grade Civil Servant’ OST along with groupmate Junho and the opening of ‘Marriage Blue’ OST.
– In January 2017, he released Taecyeon Special: Winter Hitori, his debut solo album which he promoted for the next few months in Japan.
– He is the composer of 2PM’s title track ‘Promise (I’ll Be)’ of studio album ‘Gentlemen’s Game’
– Taecyeon enlisted in the army on September 4, 2017. Through his active duty, he has been recognized and praised by the government as an example of soldier and citizen. In February 2019, he was honorary promoted to a ‘Sergeant’.
– He was discharged from the military on May 16, 2019.
– On June 23, 2020, 51K confirmed that Taecyeon is in a relationship with a non-celebrity.
– Taecyeon’s ideal type: “I used to like cute and short girls, but as I grew older I decided to open up my heart. Now, forgetting the ideal, I like everyone!”

Do you like Taecyeon?
Total Votes: 5726
×
You or your IP had already vote.