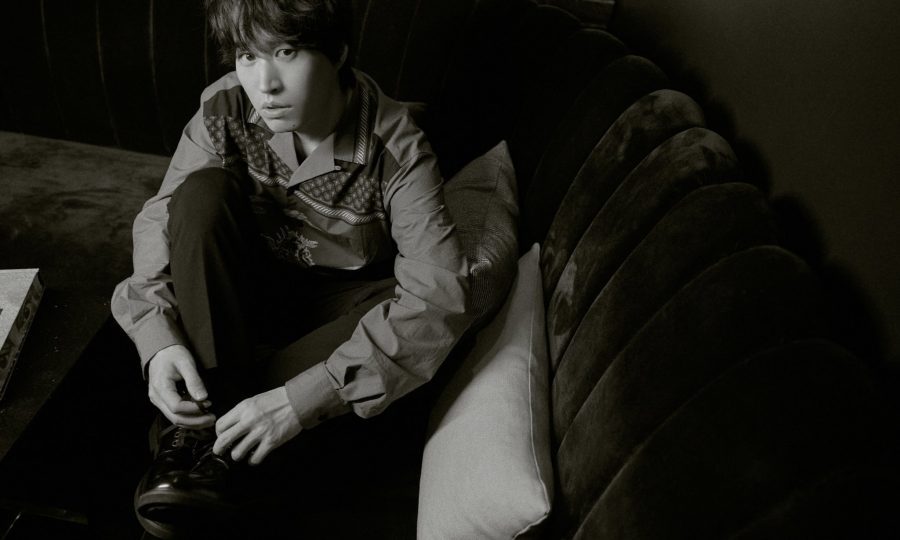 Tablo (타블로) is a member of Epik High and soloist under William Morris Endeavor. They debuted in 2003 under Woolim Entertainment. From 2012 to 2018 they were under YG Entertainment. On October 2nd 2018 it has been announced that their contracts with YG Ent. expired and they decided not to renew.

Tablo Facts:
– Tablo was born in Seoul, South Korea, but after his birth his parents moved with him to Jakarta, Indonesia (where he lived 3 years).
– Tablo had also lived in Switzerland, Hong Kong, Canada, and South Korea (when he was a kid, his family kept moving due to his father’s job).
– Tablo has an older sister and an older brother.
– Education: St. George’s Boarding School; Seoul International School; Stanford University (Bachelor’s Degree in English literature, Master’s Degree in Creative Writing).
– His IQ is 160.
– His nickname is Supreme T.
– He speaks English and Korean.
– He says his biggest inspiration is Drunken Tiger.
– His hobbies are listening to music, watching movies, and reading books.
– In late 2008, Tablo published a book entitled “Pieces of You”, which became a bestseller.
– Tablo married actress Kang Hye Jung in October 2009, and they had a daughter named Haru who was born on May 2, 2010.
– Between 2013 and 2015 Tablo and his daughter Haru were part of the cast of the popular reality-variety show “The Return of Superman”.
– He is the founder of independent music label HIGHGRND (High Ground), which houses bands Hyukoh and The Black Skirts.
– He became employed as a lyricist while still in high school.
– His debut solo album, Fever’s End, was released in 2011.
– He is a record producer and songwriter for other artists and involved in collaborative projects such as Borderline, Eternal Morning, and Anyband.
– He is also the author of the best-selling book Pieces of You, published in both English and Korean, and Blonote.
– He made his film debut acting in Nonstop, in 2005.
– He started playing piano at the age of six but later switched to violin, which he played for 10 years.
– He wrote the lyrics to legendary singer Kim Gun-mo’s song “Rainy Christmas” when he was sixteen years old.
– During his early life, Tablo suffered from bouts of depression.
– His father disapproved of his career choice, so as a teenager, he frequently ran away from home.
– Ostensibly, Tablo asked a friend to live out his dream, but when that friend died of cancer, it became an impetus for him to re-enter the music industry.
– In March 2014, Tablo carried out a collaboration with China’s top female singer Bibi Zhou.
– On January 26, 2017, he collaborated with Gallant and Eric Nam on the single release of “Cave Me In”, and music video which was shot in Hong Kong. “Cave Me In” premiered worldwide on Zayn Lowe’s Beats 1 Radio Show and was trending globally on YouTube and Facebook for over 72 hours upon releasing.
– From August 2, 2o19 to September 3, 2020 Tablo ran a podcast called “The Tablo Podcast”.
– He is friends with Rain and Super Junior members.
– Tablo’s ideal type: An attractive woman.