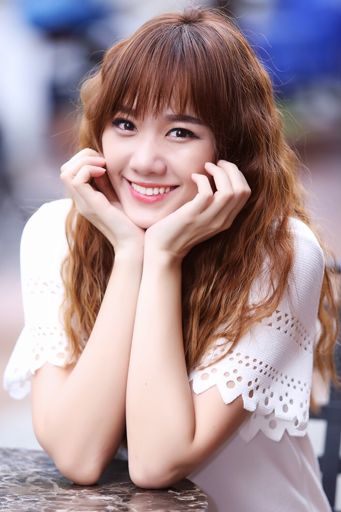 Hari Won is a Korean-Vietnamese singer, model, television host, and actress under Kim Entertainment. She released her debut single “Huong Dem Bay Xa” in 2014 but had debuted before in 2001.

Hari Won Facts:
-Lưu made her first debut was in the group KISS in 2001 when she was 16 but they disbanded only 2 years later.
-After the disbandment of KISS she went back to Vietnam, which is where she finished her education.
-Her father became sick in 2006 which caused her to go back to Vietnam even though she already finished her education.
-In 2016 she appeared on Amazing Race Vietnam 2016 along with the Vietnamese audition program, Teenage Dance Step
-Hari dated a Vietnamese rapper, Đinh Tiến Đạt for 9 years.
-Her and Đinh Tiến Đạt split up in 2016
-She got married to Trấn Thành, a Vietnamese Comedian, Voice Actor, Actor, and Television Presenter in 2016.
-She made her acting debut with the Vietnam drama, Chang Trai Nam Ay in 2014 and it ended up being very successful.

How much do you like Hari Won?
Total Votes: 77
×
You or your IP had already vote.

Do you like Hari Won (Lưu Esther)? Do you know more facts about her? Feel free to comment down below.