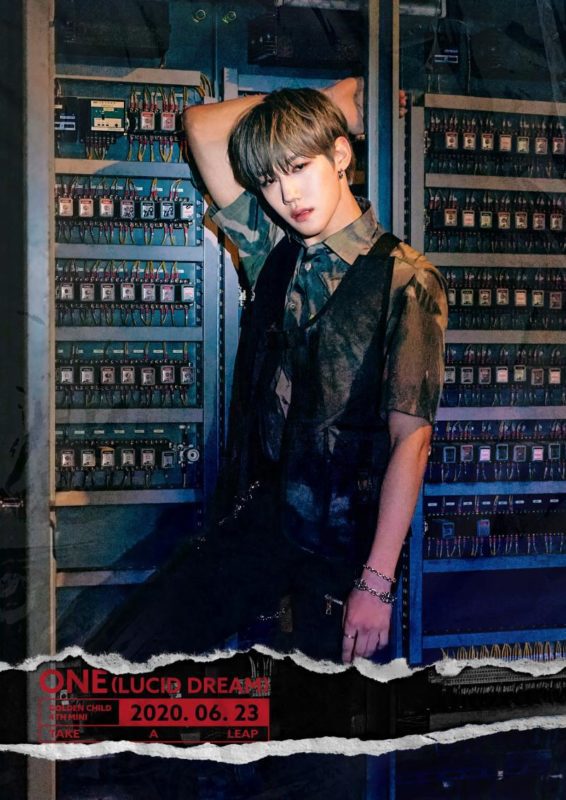 Jangjun Facts:
-Birthplace: Suwon-si, Gyeonggi-do, South Korea
-His personality type is the vitamin that never gets tired
-Family: Parents, older sister (born 1993)
-His sister’s name is Lee Min Joon, and his father is said to be a police officer
-His favorite fashion item is his rings
-He likes watching movies
-He was INFINITE‘s back-up dancer as a trainee.
–Bang Yongguk from B.A.P is his role model, and he can also imitate Yongguk’s voice. (vLive)
-He got 1 silver medal and 2 bronze medals for the 60m run in ISAC.
-He helped with making the rap lyrics for their project song
-His jersey number ’82’ indicates Korea’s country code (+82), and it also means that he wants Golden Child to be the representative of Korea one day
-He and Jaehyun are MCs on “Stark’s Star Wars”.
-He is the animal lover of the group.
-There was one incident that happened when he was still a trainee, where SNSD‘s Tiffany got super mad. The company told him to greet people, and at the time of this incident, he was greeting others while standing outside the female toilet, and while he greeted, his back kept touching the light switch, so it kept switching on and off, and it scared Tiffany so much that she shouted at Jangjun XD (Weekly Idol ep. 436)
-He was introduced under Woollim’s pre-debut project, W Project.
-In W Project, he and TAG were both on the rap team, and they released a song along BEE titled “Drought”
-Puppies are his favorite animals.
– He has a dog named Maru.
-He is the mood maker of the group, together with Joochan and Jibeom.
-Before debut, there were rumors saying that Jangjun was INFINITE Dongwoo’s cousin. Dongwoo has said that they are not related, but he also said that he will protect Jangjun like family uwu.
-He said that he’s the son of Dingo (Jangstar ep. 1)
-Jangjun has his own show in Dingo called “Jangstar”.
-He transferred from Suwon Suseong Elementary School to Anhwa Elementary School
-He studied in Anhwa Middle School and Seoul Performing Arts High School, where he studied Practical Music and graduated.
-Jangjun is friends with AB6IX‘s Woong and WEi’s Daehyeon.
-Bomin said that Jangjun exercises during their rest time after practice instead of resting
-According to Lovelyz’ Sujeong, Jangjun is a funny person and how he appears on TV is his actual self in real life. (Oh!Press: Introducing Golden Child: The 11 Princes of Woollim)

Note: Please don’t copy-paste the content of this page to other sites/places on the web. Please do respect the author’s hard work compiling all these info for you. If you need/want to use info from our profile, please kindly put a link to this post. Thanks a lot! 🙂 – Kprofiles.com