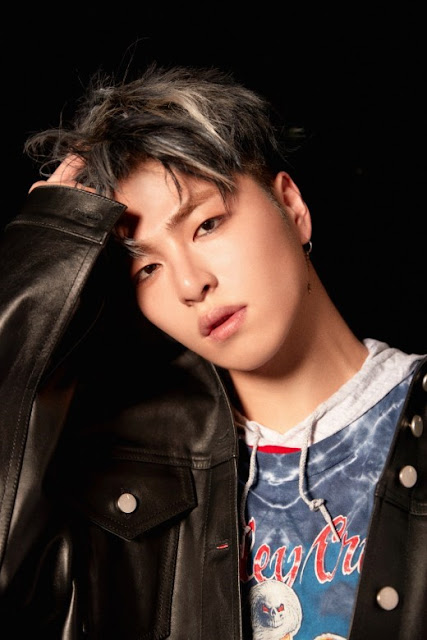 Ju-ne facts:
– He has an older sister, named Yeijin.
– He was a part of Team B on WIN.
– He was on Kpop Star season 1.
– He joined YG in April 2012 (Oppa thinking ep 9)
– He is a fan of Michael Jackson.
– June can speak Japanese fluently.
– He finds it difficult accepting new people.
– The members said that his style used to be terrible. (Profile wrote by the members – Arirang TV)
– Ju-ne takes Jiu Jitsu classes.
– He likes to write poems.
– They also said that although he’s tall, Junhoe is very flexible like a boneless animal. (Arirang TV)
– iKon have moved out of their dorms and now live in 2 seperate houses, each member having their own room.
“Free Spirited members” House : Bobby, Jay, DK & Ju-ne
– Dongkyuk (DK) says that Ju-ne and Bobby couldn’t do a 10 second stare battle because they’re awkward with each other. (Weekly Idol)
– Junhoe and Chanwoo are the most awkward with each other now. (Weekly Idol ep. 376)
– He is good at impersonations especially of PSY, Seungri and YG (Knowing Bros ep 113)
– As a kid he was on “Star King” as the 13-year-old Micheal Jackson (Knowing Bros ep 113)
– He and B.I are the biggest troublemakers in the group, because they are very playful but they are unable to order food alone so the others have to do it. (Oppa Thinking ep 9)
– The members say he’s kinda dirty, for example his feet stink (Oppa Thinking ep 9)
– Song secretly threw out Ju-ne’s favourite zebra patterned underpants because they were so old and stretched they became yellow and the pattern looked like giraffe XDD (Knowing Bros ep 113)
– Chan said that Ju-ne is one of the most tardy members (konic tv)
– He has weak ankles and wrists (Konic tv)
– Jinhwan choose DK for the one who most respects the hyungs and Ju-ne the least. (ikon Summertime in Bali)
– He says he’s the least considerate among the members when it comes to someones mood (Konic tv)
– Ju-ne appeared on “King of masked singer”, his mask was “Racing Car”
– Ju-ne’s ideal type: (He is not a masochist) “I like a girl who hates me. Haha.” He said among celebrities, his ideal type is Kim Taeri of “The Handmaiden”. (Oppa Thinking ep 9)