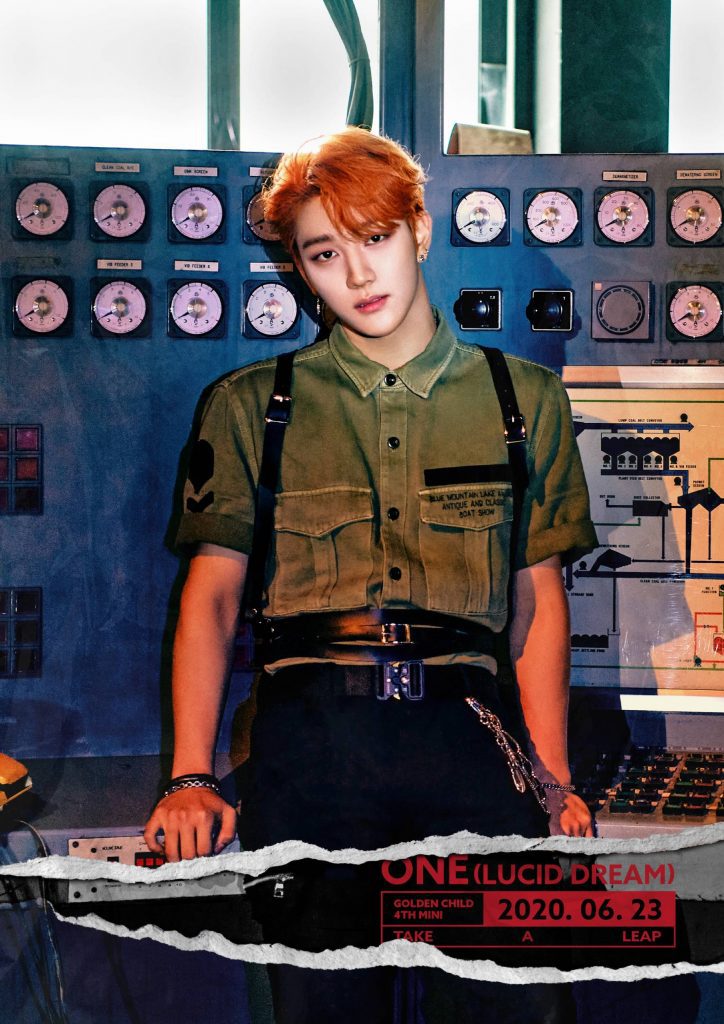 Joochan Facts:
— Born in Seoul, South Korea
— He can play guitar, piano, and violin.
— His Jersey Number is 55.
— His favorite flowers are roses.
— He loves ballads.
— He has an older sister that was born in 1996.
— He enjoys drawing. He picked it up from his sister that used to be a student in Art School.
— His Religion is irreligion meaning a state of not believing in any religion or belonging to any religion.
— He learned hapkido since he was 7 years old.
— His favorite non-Korean artist is Bruno Mars with the song ‘Versace on the Floor’.
— His hobbies are exercising, walking, watching movies, photography, writing, and making songs.
— He has 15 gold medals and around 30 award certificates from hapkido competitions.
— His special talent is a voice impression of the anchovy from ‘SpongeBob SquarePants’.
— He did sparring competitions.
— For him acting is really hard so he finds people who can act, amazing.
— According to Bomin, he is into crafting and DIYs.
— His special ability is playing musical instruments.
— He debuted as a singer on August 28, 2017 with Golden Child.
— Education: Seoul Jeungsan Elementary School, Soongsil Middle School, Lila Art High School (Department of Digital Sound) → Hanlim Arts School (Department of Practical Music), and Baekseok Arts University (Department of Practical Music).
— He participated in The Masked Singer variety show as Mondrian on May 13, 2018. [EP.153]
— If he could switch lives with anyone for one day, he wants to try living as his father.
— An essential thing he needs to take when traveling is a camera to take pictures and make memories.
— He debuted as a soloist with a song titled ‘A Song For Me’ on February 27, 2019 that is a remake of a 1994 track by Korean duo The Classic.
— While rehearsing choreography he had suffered an injury in his knee ligament that was revealed through an official statement on December 28, 2018.
— One time he got kicked out of a buffet with his other two friends because they ate too much, around 24 servings.
— Since he enjoys taking pictures and writing, his dream is to publish photo essay with photos he took himself for fans like INFINITE’s L did.
— Something he mentioned many times about what he wanted to do in the future was to be a radio DJ and air around 10 p.m when people are going to bed. On June 13, 2019 he was announced as a new DJ for Casper Radio. His first broadcast was held on June 19, 2019.
— The food he enjoys eating while promoting overseas is okonomiyaki, sushi, ramen from Japan, pad thai from Thailand, and street sausage from Indonesia.
— Korean food he recommends to international fans to try is stir-fried pork and spicy marinated crab with a warm bowl of rice.
— At some point, he was studying Spanish and other foreign languages but later focused on Japanese only. Most importantly he wants to learn English, Japanese, and Chinese.
— He would like to travel to Los Angeles and New York because he found them memorable while being there for KCON in 2018.
— If Golden Child would make units, he wants to try being in a unit with every member.
— He sang the OST of Best Mistake 2, “Love Shaker”, together with Y and Seungmin.
— Joochan’s Ideal Type: Someone with a beautiful smile.

Back to Golden Child Members Profile

How much do you like Joochan?
Total Votes: 1789
×
You or your IP had already vote.

Do you like Joochan? Do you know more facts about him? Feel free to comment down below.😊