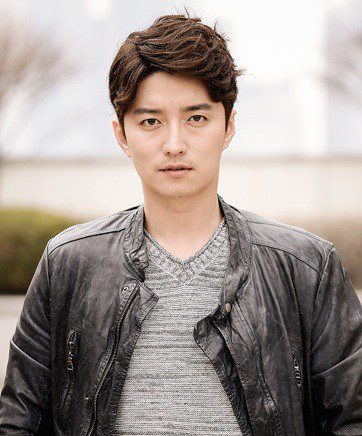 In Gyojin (인교진) is a South Korean actor under H& Entertainment. His first credited appearance was in 2000, in the drama Lifetime in the Country. His first musical release was on January 16, 2021 with 굿이야, an OST for the drama Homemade Love Story

In Gyojin Facts:
— He was born in Jochiwon-eup, Yeongi-gun, Chungcheongnam-do (now Jochiwon-eup, Sejong), South Korea
— His father, In Chiwan, is the CEO of a plastic manufacturing company
— His younger brother, In Doojin (b. 1987), is also an actor
— Education: Jochiwon Kyodong Elementary School, Jochiwon Middle School, Bugil Academy, Dankook University (English Language and Literature department)
— His MBTI personality type is ISFP
— He was originally known as Do Lee-sung (도이성) but switched to his birth name between 2011 and 2012
— He was under Madin Entertainment, then moved to KeyEast Entertainment in 2015. He left KeyEast in 2020 and joined H& Entertainment, followed by So E-hyun, Jung Ryeowon and Son Dambi
— He married fellow actress So E-hyun on October 4, 2014. They were friends for a decade before dating
— He and So E-hyun have two daughters together: In Haeun (born December 4, 2015) and In Soeun (born October 2, 2017)
— He has a YouTube channel where he mainly posts vlogs

Do you like In Gyojin?
Total Votes: 13
×
You or your IP had already vote.

Do you like In Gyojin? Do you know any more facts about him? Feel free to comment down below