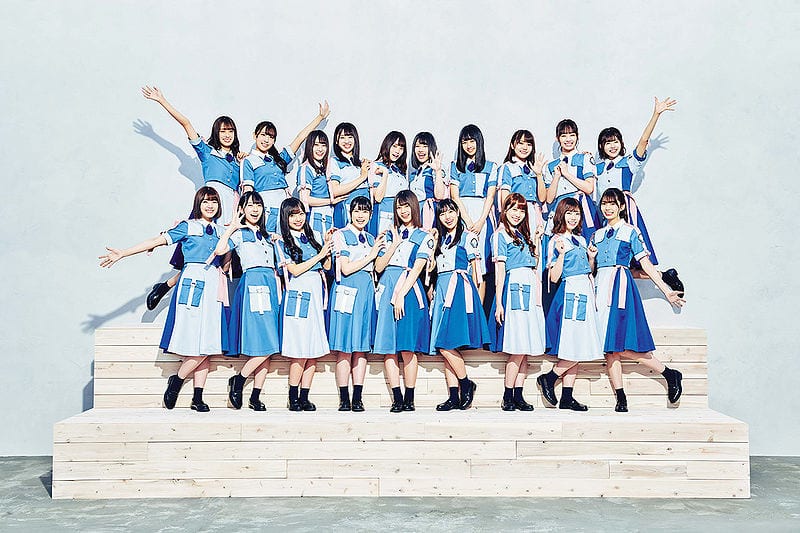 Hinatazaka46 (日向坂46) currently consists of 22 members divided into 3 generations. They were formally known as Hiragana Keyakizaka46, but announced their independence on February 11, 2019, re-debuting as Hinatazaka46. 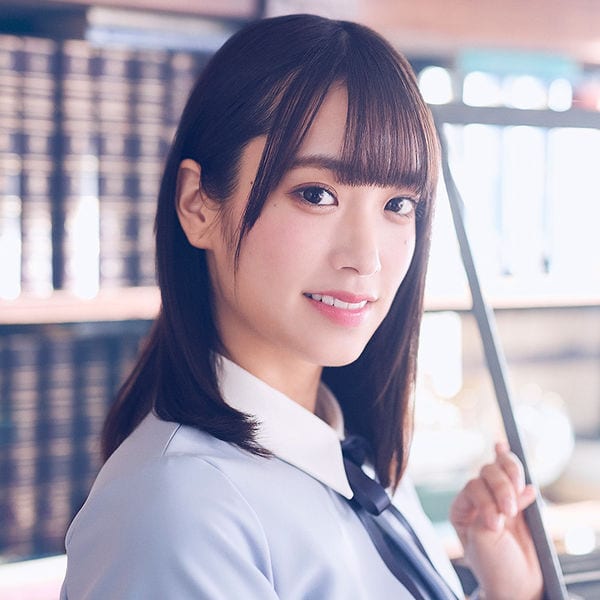 Sasaki Kumi facts:
– She is a fan of Ito Marika, Hori Miona, Shiraishi Mai, and Watanabe Risa
– She dislikes spicy foods
– She likes gummies
– She does ballet
– She played in Netflix original series, ‘Re:Mind’ 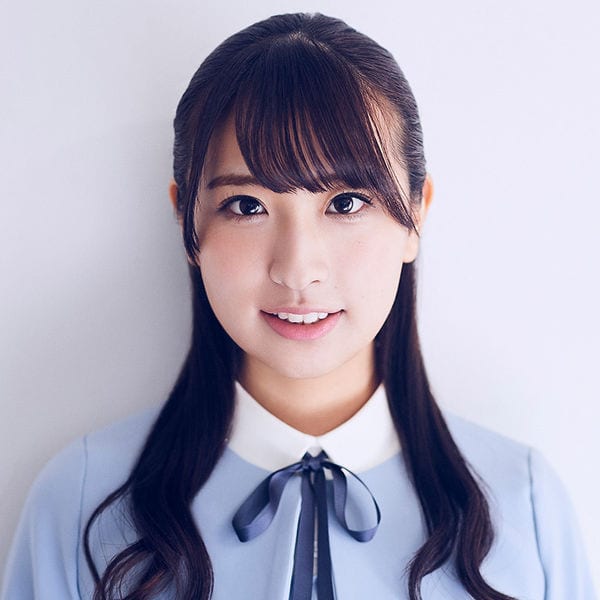 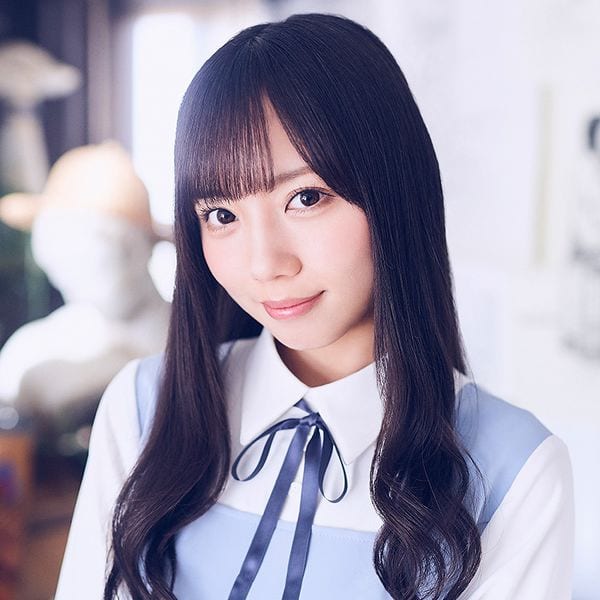 Saito Kyoko facts:
– Nickname: Kyonko (きょんこ)
– Audition song: Te wo Tsunaide Kaerouka
– Favorite colors: White, navy blue, pink
– Favorite food: Ramen
– Strengths: Singing
– She said at her first SHOWROOM audition that she was friends of Imaizumi Yui. They were both Sony singing students in 2014 and sang on the same stage
– She has a slightly serious (majime) personality
– She hates roller coasters
– She played in Netflix original series, ‘Re:Mind’ 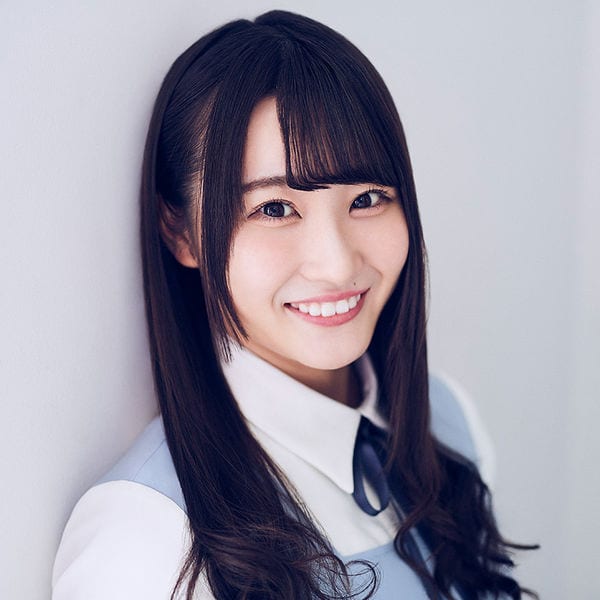 Ushio Sarina facts:
– She lived in Semarang (Central Java, Indonesia) for 5 years when she was a child
– She speaks some Bahasa Indonesia
– She signs off her blog posts with “Sarimakashi”, which is a combination of her name and the Indonesian for “thank you” (terima kasih)
– She knows Mandarin a little bit
– She likes spicy food. When she lived in Indonesia, she really like sambal sauce, and always put it in every food
– She played in Netflix original series, ‘Re:Mind’ 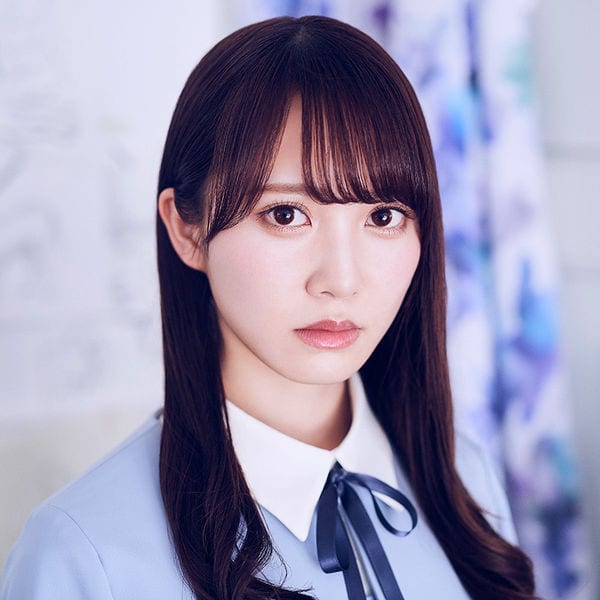 Kato Shiho facts:
– Nickname: Katoshi (かとし), Shihorin (しほりん)
– She speaks very slowly, especially as she gets excited
– She dresses with style, likes see-through material
– She was the first member of Hiragana Keyakizaka46 to be chosen for Sakamichi AKB
– She played in Netflix original series, ‘Re:Mind’ 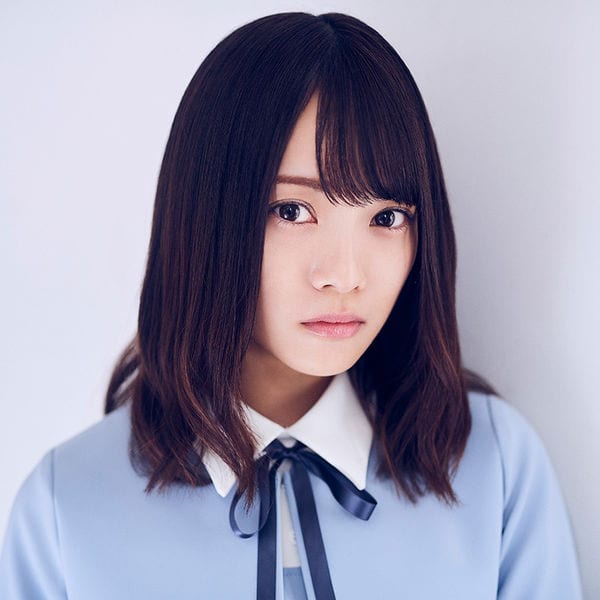 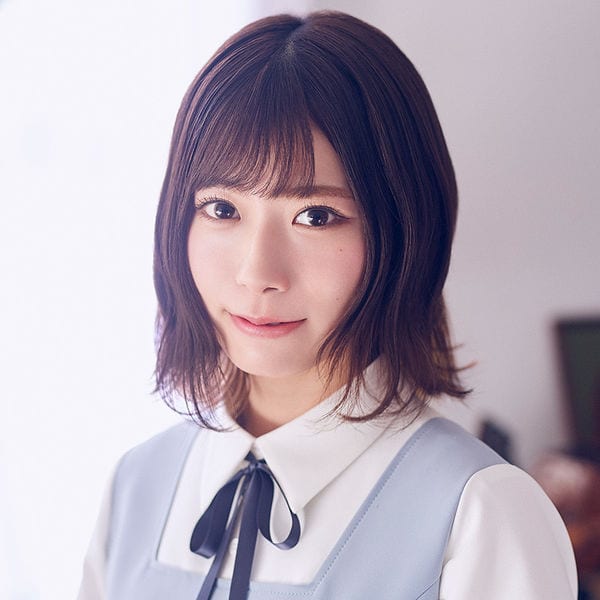 Higashimura Mei facts:
– She was a runway model before joining the group
– High School Club: Tea ceremony
– Favorite Foods: Prawns, strawberries
– She has a chihuahua named Tiara
– She won a medal in swimming (breaststroke)
– She played in Netflix original series, ‘Re:Mind’ 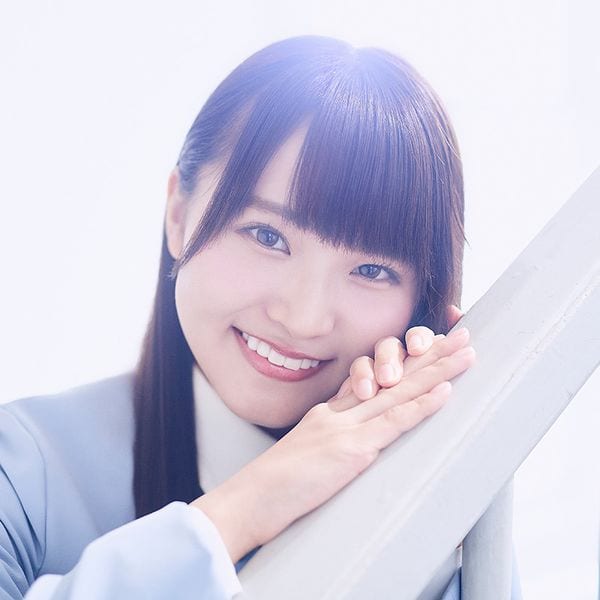 Takase Mana facts:
– Nickname: Manafi (まなふぃ)
– Lived in England for 3 and a half years
– She speaks English, has passed college-level English proficiency exam in Japan (Eiken grade pre-1)
– She also speaks a bit of German and French
– She fell in love with musicals when she saw Mary Poppins on stage in England
– She played in Netflix original series, ‘Re:Mind’ 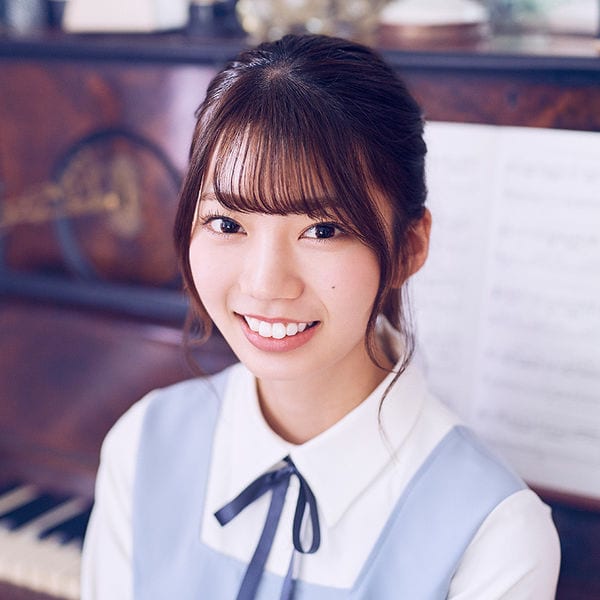 Takamoto Ayaka facts:
– Nickname: Ponchan (ぽんちゃん)
– She has an elder sister (She likes to make fun of how her sister laughs by mimicking her!)
– She’s been dancing for 6 years
– She has a dog named Gonchan
– High School club: Archery (Was inspired by the movie Boku no hatsukoi wo kimi ni sasagu)
– Favorite Food: Pepper Steak
– She loves rollercoasters and Disney (especially Rapunzel)
– She hates talking to strangers and going through tunnels
– Best Dishes: Omurice, french toast, macaroon
– She played in Netflix original series, ‘Re:Mind’ 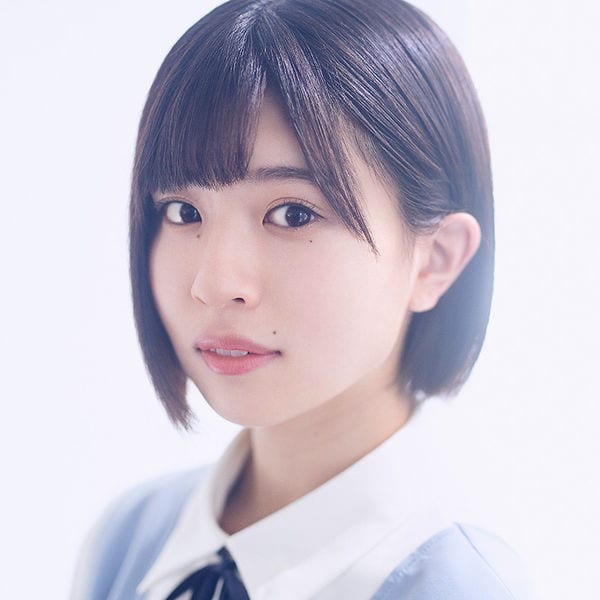 Matsuda Konoka facts:
– Charm point: Beauty marks in her face forming a triangle
– Favorite Food: Natto
– She does ballet
– Special Skills: Guitar, Wadaiko (Japanese drums)
– She was in her school’s rock band
– Her elder sister (it appears) was Miss Ritsumeikan University, then chosen the most beautiful university student in Japan 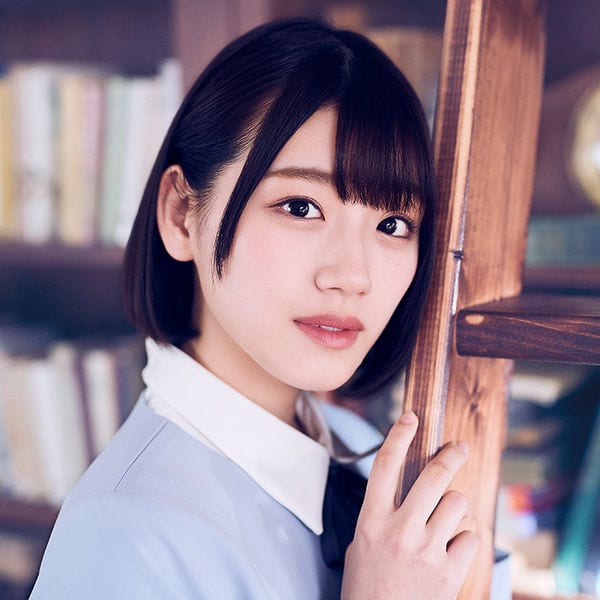 Sasaki Mirei facts:
– Nickname: Miipan (みいぱん)
– She is a former member of Kansai young-teen idol group choco☆milQ
– She has lived in Taiwan and speaks some Chinese
– She played in Netflix original series, ‘Re:Mind’ 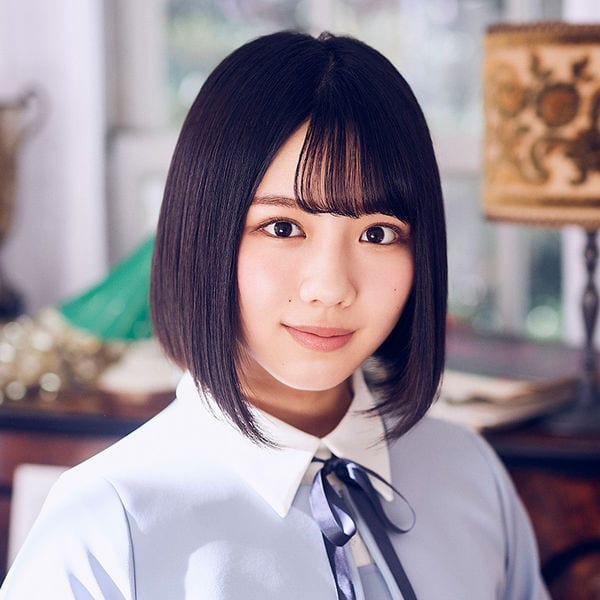 Watanabe Miho facts:
– Special skills: Basketball, spreading her toes
– She was a starter and a captain in her school’s basketball team, having entered regional tournaments
– She’s good in athletics
– After Nagahama Neru’s transfer from Hiragana Keyakizaka46 to Kanji Keyakizaka46, Miho won a special audition to play Neru’s role in the drama Re:Mind 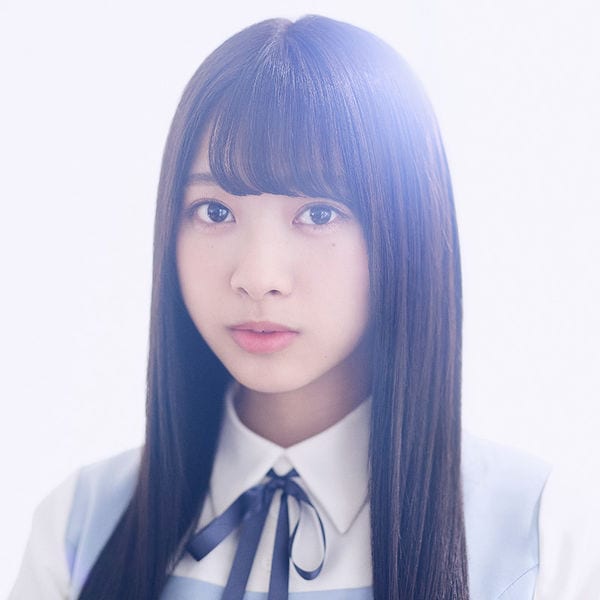 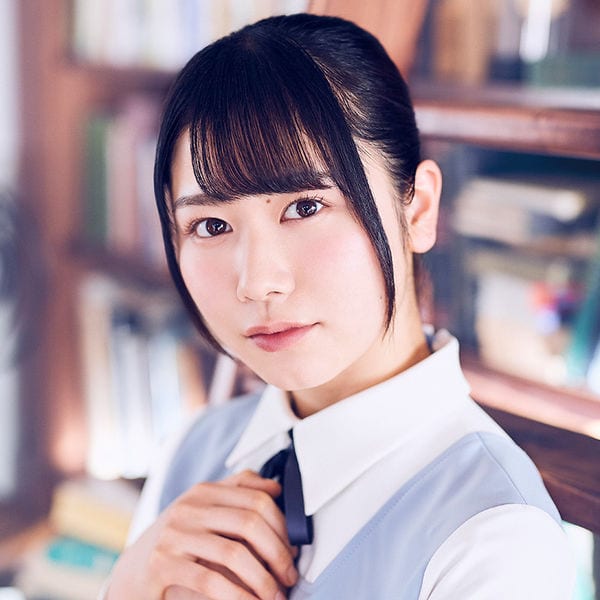 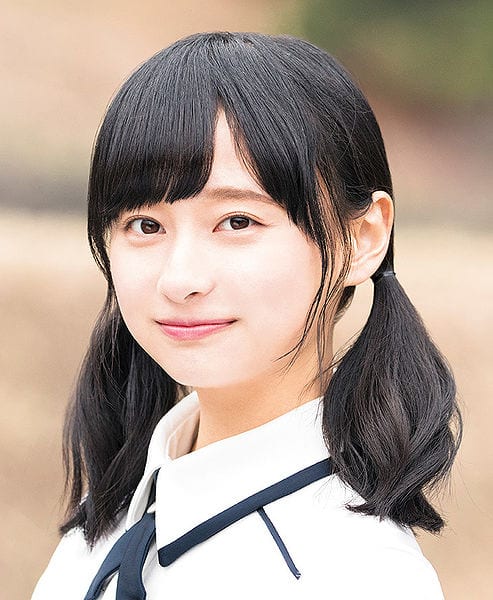 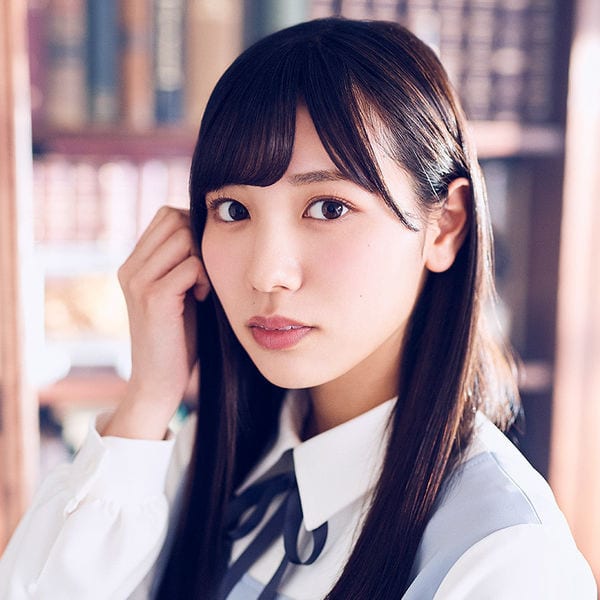 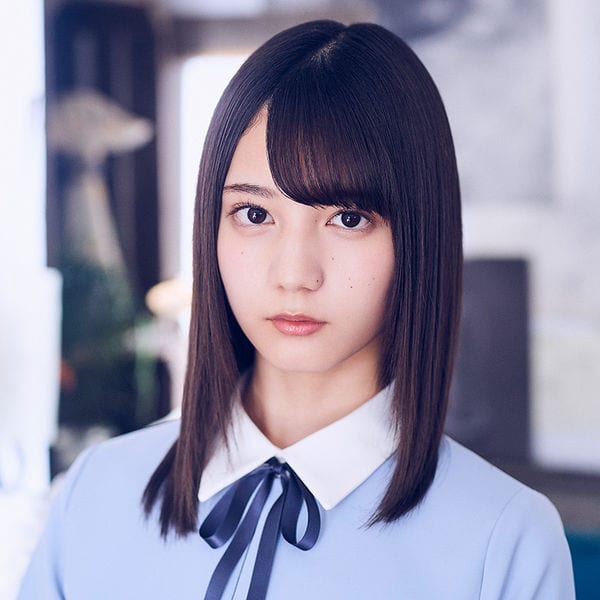 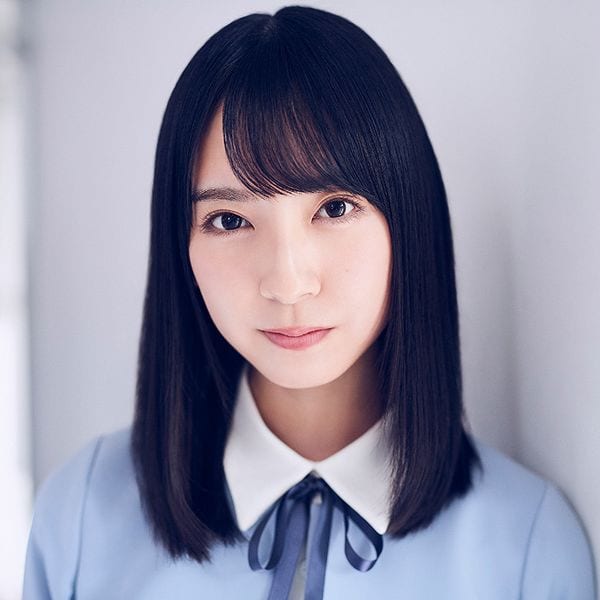 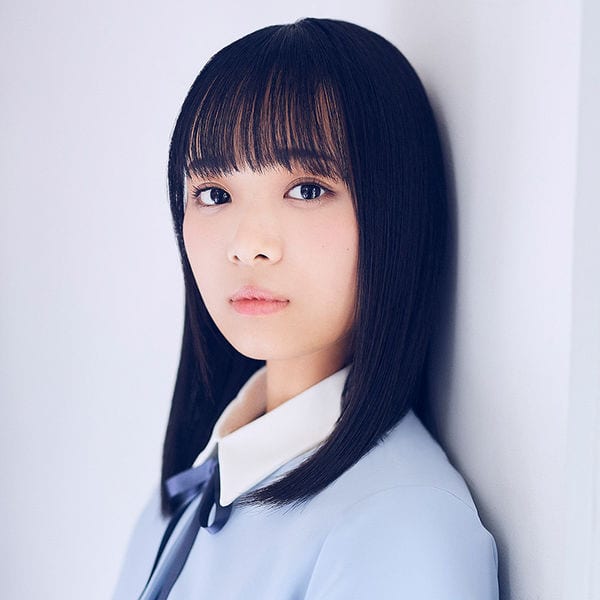 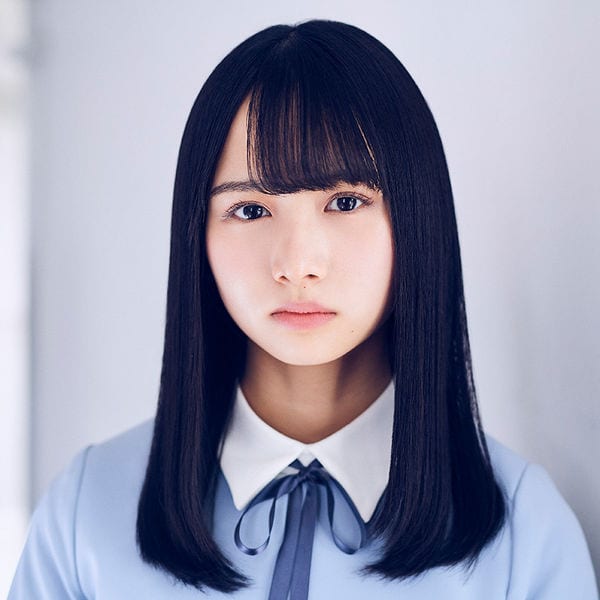 Kamimura Hinano facts:
– Her nicknames are Nanochan and Hinanonano.
– She was in the Art Club in elementary school. 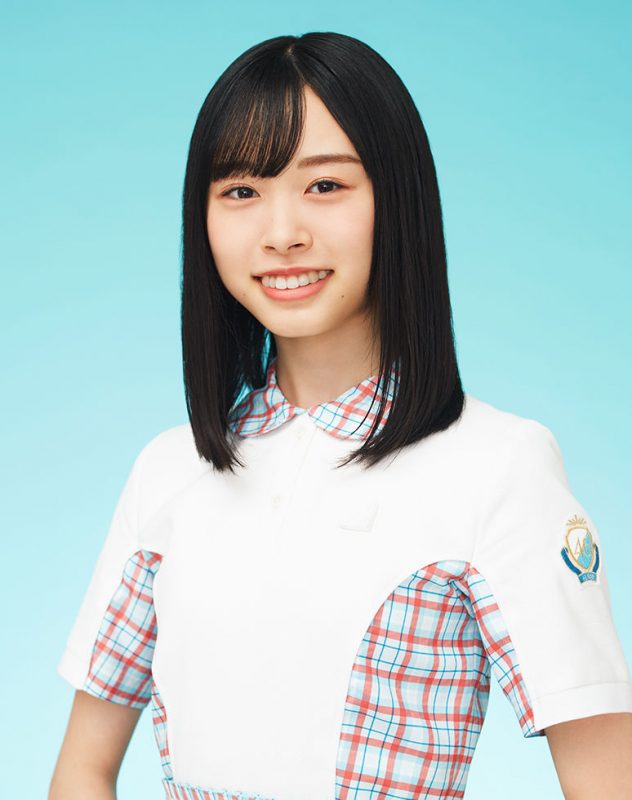 Takahashi Mikuni facts:
– Her nicknames are Mikunichan and Kokkochan.
– She’s good at sports.
– Knows how to play the clarinet.
– Her hobbies are listening to music and playing games. 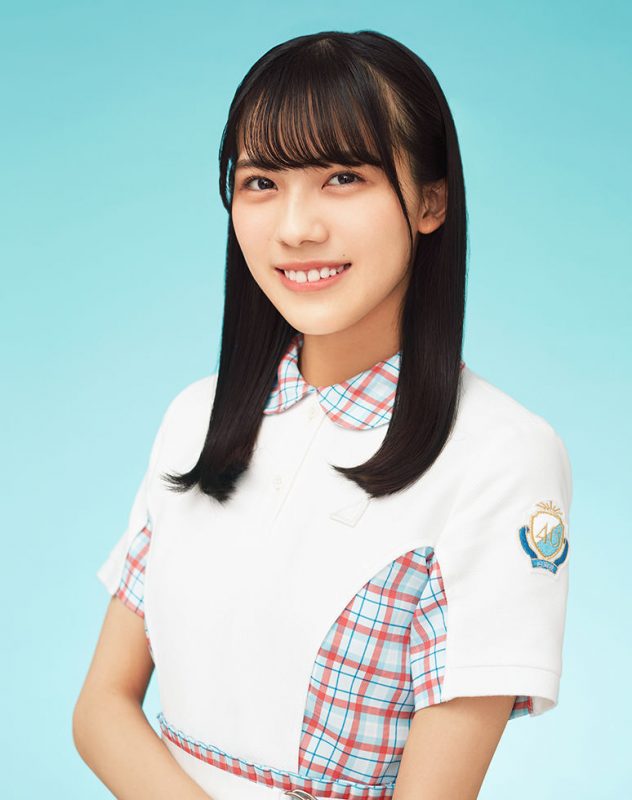 Morimoto Mari facts:
– Her nicknames are Marichan and Roppu-chan.
– Her favorite food is beef tongue
– She loves ice cream.
– Her hobbies are eating and watching travel videos. 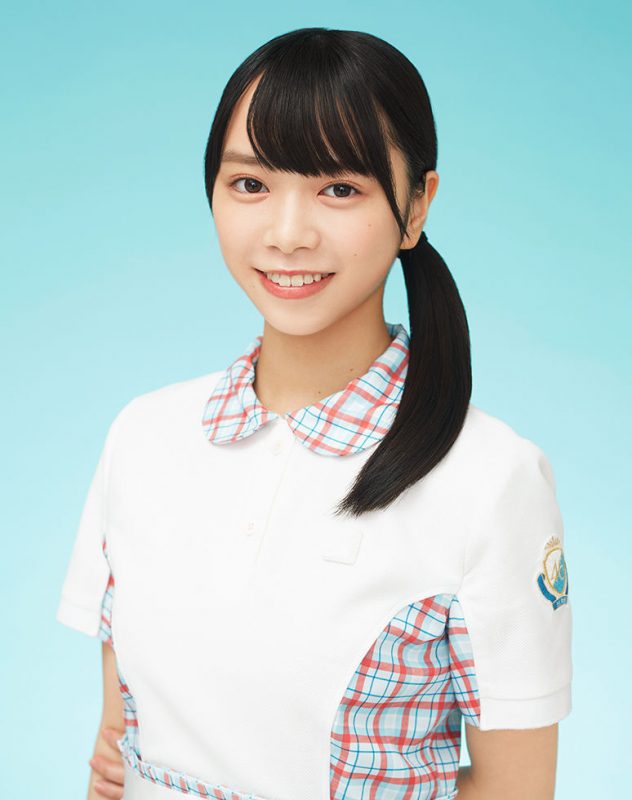 Yamauchi Haruyo facts:
– Her nicknames are Haruyo, Haruyochan, Paru, Paruyo and Nana-chan.
– Her favorite foods are Yukhoe, omelet, and dry curry.
– She loves broccoli, apples and green onions.
– She doesn’t like tomatoes, eggplants and rice with egg.
– Her hobbies are reading manga and playing games. 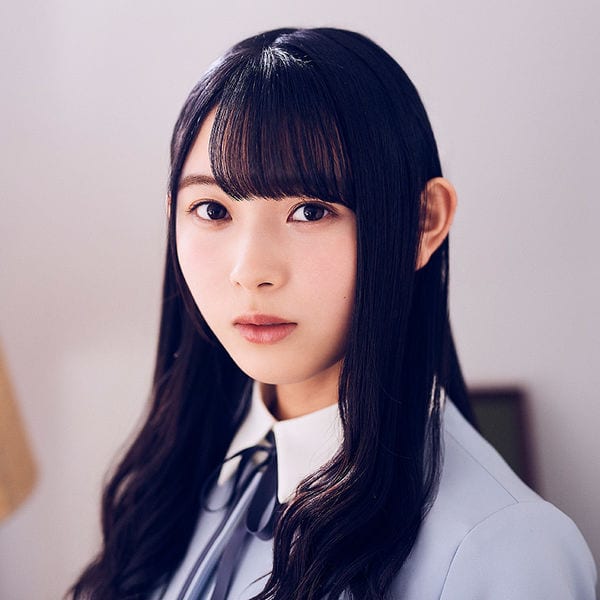 Kakizaki Memi facts:
– Her favorite Nogizaka46 member is Saito Asuka, she once went to a handshake event of hers, but burst into tears and couldn’t talk
– Kato Shiho calls Memi a tsundere
– She was head of her school’s art club and secretary of the student council in middle school
– She was the second fastest running girl in her school, at 7.5 seconds over 50 meters
– She is also second fastest in Hinatazaka46, after Moriya Akane
– She has the strongest grip in Hinatazaka46, with 34.5kg
– Other members say she is the most adult member of the group, despite her youth
– She herself says she is stubborn and hard working but members also call her an amaenbou, who can act spoiled, dependent and demanding toward them
– She played in Netflix original series, ‘Re:Mind’
– Memi has announced her graduation from Hinatazaka46 on June 21, 2019, though she has not chosen a date.
– Memi graduated from Hinatazaka46 in August of 2019

Who is you Hinatazaka46 bias? Do you know more facts about them. Feel free to comment below. 🙂 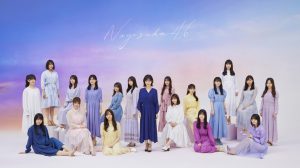 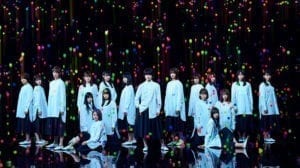 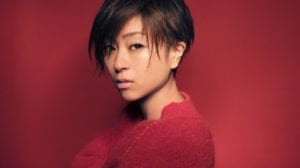