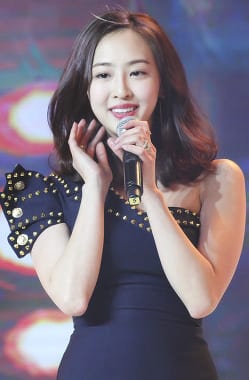 Dasom (다솜) is a South Korean singer and actress under Starship Entertainment. She made her singing debut in June 2010 as a member of the girl group Sistar and debuted as an actress in July 2012.

Dasom Facts:
— She was born in Gwangju, South Korea
— Prior to debut, she won several poetry and songwriting contests
— She’s a former member of Sistar, where she was the visual and maknae. They debuted in June 2010 and disbanded in May 2017
— After the group’s disbandment, she chose to renew her contract with Starship Entertainment
— Her first acting role was in the KBS’ daily sitcom Family (2012), where she played as a high school punk
— On August 13, 2012, she appeared in the MV for VIXX‘s Rock Ur Body
— She was featured in the music video for K.Will‘s Please Don’t, which was released on October 10, 2012
— In January 2013, she co-hosted the Golden Disc Awards in Malaysia
— In April 2013, she was featured in the MV for K.Will’s Love Blossom
— In 2014, she released Yayaya, a song for Melody of Love‘s OST in collaboration with Kim Tae-hyung
— In 2015, she released You’re Mine, a song for The Eccentric Daughter-in-Law‘s OST
— In June 2015, she joined the MBC variety show My Little Television as a regular guest
— In July 2015, she joined the cast of SBS variety show Law of the Jungle
— In January 2017, she collaborated with 40 and released a remake of the duo Acoustic Collabo‘s You and I, Heart Fluttering
— In 2017, she won a Daesang at the SBS Drama Awards for Best New Actress for her role in Band of Sisters

Do you like Dasom?
Total Votes: 719
×
You or your IP had already vote. 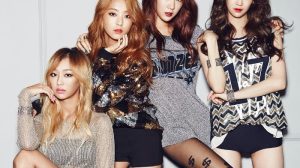