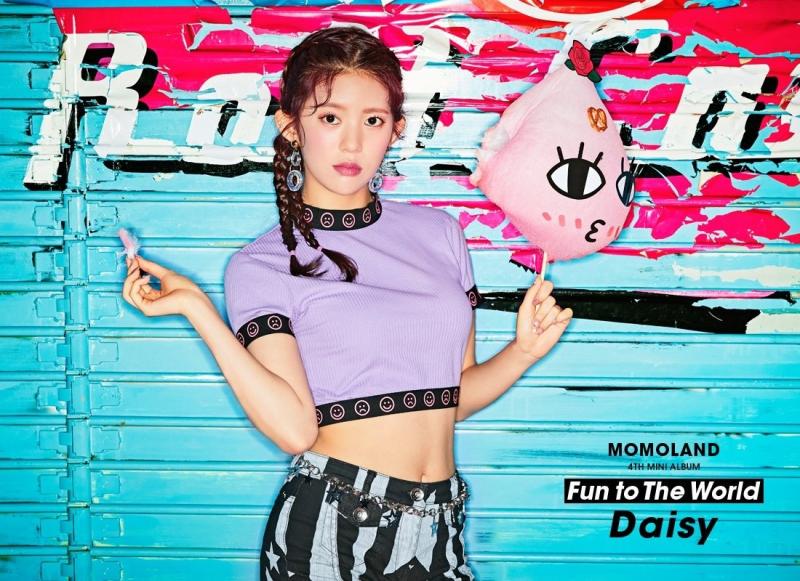 Daisy is a (former ?) member of the South Korean girl group MOMOLAND.

Daisy Facts:
– For 11 years, Daisy lived in Canada that’s why she’s fluent in English.
– She has an older sister named Lily. (FB live Nov 2, 2017)
– She studied at Jamil High School (graduated on Feb 9, 2018)
– Daisy is originally a contestant in “Finding Momoland” but was eliminated.
– Later on, Daisy was added in the group on March 28, 2017.
– Daisy is a former JYP trainee, she almost joined Sixteen (the survival show which formed the group Twice) but she left JYP before the show began.
– Daisy has a younger sister.
– Daisy is close with most of Twice members like Momo, Tzuyu and Chaeyoung as well for April‘s Naeun and I.O.I’s Jeon Somi.
– Daisy will be also to be new host of Pops in Seoul with her fellow member Nancy.
– She likes shopping and watching movies.
– Daisy loves pastry and bread. (Pops in Seoul)
– Her favorite holiday is Christmas.
– Daisy’s favorite color are earthy colors.
– Her shoe size is 255 mm.
– She is friend with Yuto from Pentagon.
– Daisy has small hands and feet. (Pops in Seoul)
– Daisy’s specialties are ballet and speaking English.
– Her role model is HyunA. (Q&A with Sunny Dahye)
– Daisy, Ahin, Jane share a room. (Celuv TV Interview)
– In February 2019, Momoland’s agency confirmed that she is dating iKon‘s Song (Yunhyeong).
– Due to private reasons, Daisy won’t in the current promotions.
– On November 29, 2019 it has been announced that her future plans are still being discussed.
– According to Jane during ‘Thumbs Up’ press showcase from December 30, 2019, Momoland now changed to a 6 members group, implying she also left the group.

Do you like Daisy? Do you know more facts about her? Feel free to comment down below.😊 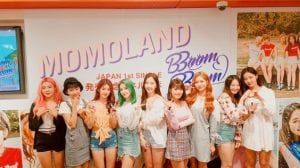 Quiz: Who Is Your Momoland Girlfriend?