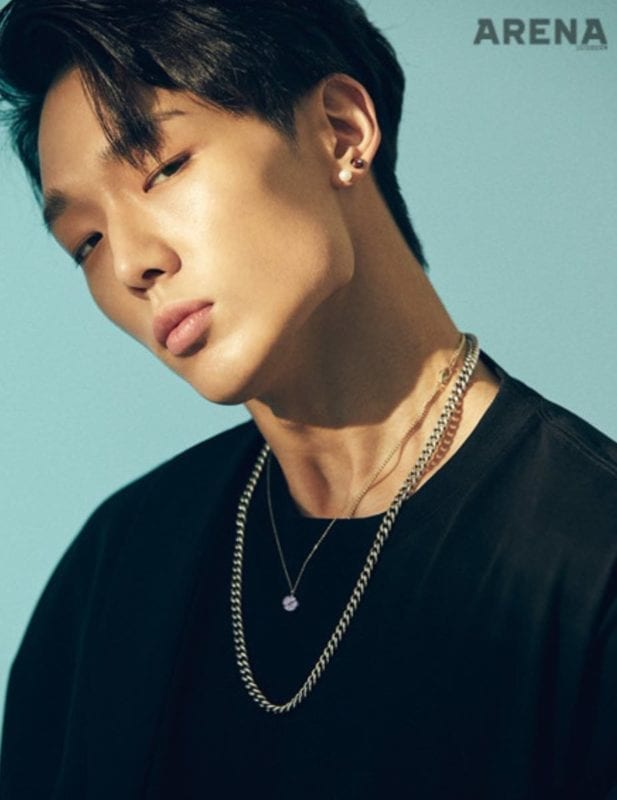 Bobby facts:
– He was born in Seoul, South Korea.
– Bobby’s family is very religious.
– He has an older brother who is married.
– He was a part of Team B on WIN.
– He is the winner of “Show Me The Money 3”
– He appeared in HI SUHYUN’s “I’m Different” MV & Taeyang’s “Ringa Linga” MV
– He was on “King of Masked Singer” as “Baby Octopus”
– He learned to play guitar, drum and piano.
– He loves to play basketball.
– He is the mood maker in the team.
– He speaks English.
– He doesn’t like skinship. (vLive)
– On Radio Star, he said wants to release his own music and lyrics but, becasue of some YG restriction on the use of explicit language he is unable to do to so.
– He loves it when the crowd sings to him.
– He is an absolute Mama’s boy.
– He and Donghyuk have a Tom and Jerry relationship. They spend a lot of time together. (iKONTV)
– Bobby tends to leave his clothes all over the floor and the members go in and steal them.
– Bobby is the strongest member according to the others, he even cracked an apple in half within 3 seconds.
– He bought his parents a house in Korea with the money he won at SMTM 3. (Yg-Life article)
– He joined YG in 2011 like B.I and it was very hard for him in the beginning because he was so far away from his family (“Oppa Thinking” ep 9)
– He is one half of the Duo ‘MOBB’ with Winner’s Mino. They debuted in 2016.
– Bobby released his first solo album ‘Love and Fall’ in 2017.
– Dongkyuk (DK) says that Bobby and Ju-ne couldn’t do a 10 second stare battle because they’re awkward with each other. (Weekly Idol)
– As a kid he fell into a pool and was saved by a women but as he wanted to thank her she had vanished like a ghost (“Knowing Bros” ep 113)
– Bobby is in love with Winnie the Pooh, he received a stuffed Winnie the Pooh since birth from his brother and still has it.
– Bobby’s Winnie appeared in his solo “Runaway” MV.
– Bobby sleep talks. (Profile wrote by the members)
– He was said to be an early bird that doesn’t skip breakfast. (Profile wrote by the members)
– The members described him as a “light bulb” because he lights up their mood and is warm to them.
– He was on Infinite Challenges “My ugly friends festival” but not because he is ugly, but because it was an Infinite Challenge and got teased a lot afterwards that he is ugly. He wants to break the prejudice of him being ugly. He states that he is not handsome but his unique features make him attractive (King of Masked Singer)
– Bobby says his charms are his eyes, teeth, and strength.
– He likes singing more than rapping because it touches peoples heart more (King of Masked Singer)
– He’s always embarrassed by the other members during variety shows.
– He likes to sleep in his free time because he doesn’t have to think much while sleeping (“Oppa Thinking” ep 9)
– iKon have moved out of their dorms and now live in 2 seperate houses, each member having their own room.
“Free Spirited members” House : Bobby, Jay, DK & Ju-ne
– He and BLACKPINK’s Lisa are the main faces and models of NONA9ON.
– Bobby welcomed his first child, a baby boy, with his non-celebrity fiancée in September 2021.
– Bobby’s ideal type is a strong girl who seems careless of him. Like Wonder Woman. Also, girl who likes to wear red clothes and always does her best.