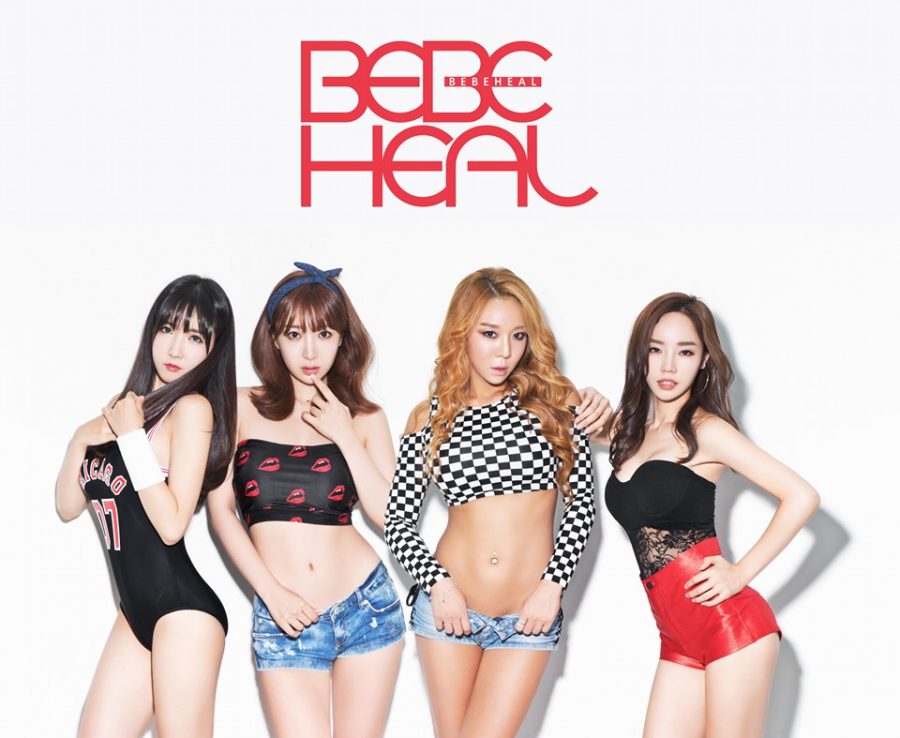 BEBEHEAL (베베헬) was a 4-member fitness girl group under Parksal Company. They combined K-Pop and fitness to the genre that they called K-FIT and consisted of JungHwa, Lyn, RaHee, and Ayumu. BEBEHEAL debuted on September 28, 2016 with the song “Coke Bottle”. The group’s name means “Baby Face Health”. They were active until 2017. 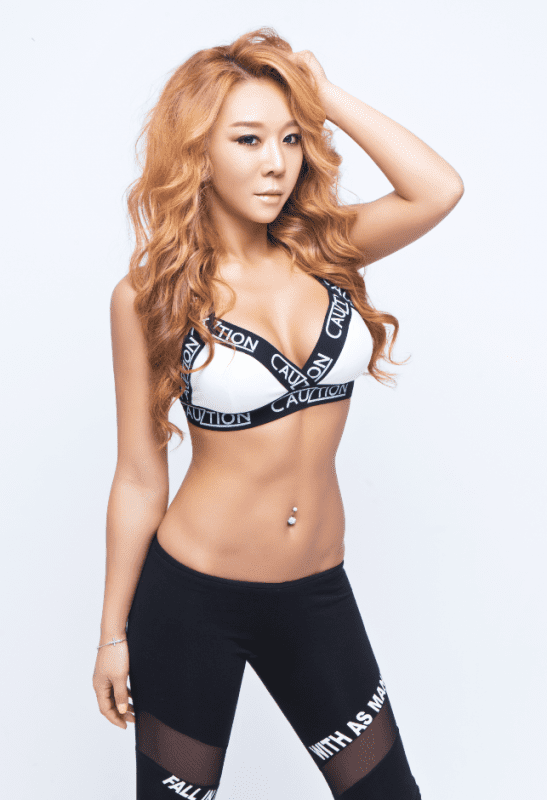 JungHwa Facts:
-JungHwa is a model, musical actor and fitness player who has won several fitness competiotions in Korea and abroad.
-In 2016 she was part of the first charity fighting group to help children with rare and uncureable diseases called “엔젤스 파이팅” (“Angels Fighting”).
-She regularly appeared in the entertainment programm “Homerun King” in 2016.
-She was in the Women’s Celebrity Baseball Team in Homerun King EP 2 in July 2016.
-She appeared in GILGUN‘s “Not a Chance” MV (also called 내아래 or Below Me) among other male and female fitness players.
-JungHwa won 1st place in Korea Fitness Star Championship 2016.
-She did a dance cover of Beyoncé’s “Single Ladies”.
-Her jersey number for BEBEHEAL’s predebut cheerleading performance for a baseball game in Incheon Stadium was 31.
-She likes meat but also sweet food.
-She has a baby nephew.
-Currently, she runs a sports blog on AfreecaTV and a Health&Sports Vlog Channel on Youtube.
-She has bad eyesight and used to wear lenses for over 10 years. Due to that, her eyes became dry and in January 2021 she got an examination for laser treatment and inflammation treatment. 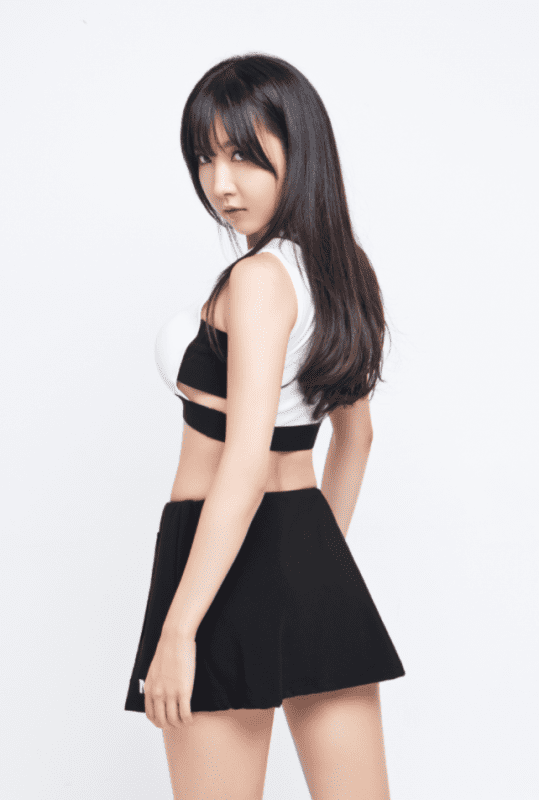 Lyn Facts:
-She was born in Busan.
-Lyn is trained in 17 levels of general martial arts such as such as Taekwondo 4dan, Yongmudo 4dan, Hapkido 4dan, Martial Arts 2dan, Judo 1dan, Wushu 1dan, and Kendo 1dan. She also knows some Jiu-Jitsu.
-She is an actress and fitness model.
-In 2015 she started to become popular in Japan due to her regular releases in japanese fitness magazines.
-She was the model for the japanese web RPG “Shinmajido” by Pax Game.
-She promoted the Marshall Diet.
-Her waist size is 53 cm.
-Lyn appeared in the diet entertainment program “The Body Show Season 4”.
-She acted in the webdrama “첨 에 다 그래”.
-Her jersey number for BEBEHEAL’s predebut cheerleading performance for a baseball game in Incheon Stadium was 8.
-Her hobby is playing guitar.
-She also likes cosplaying.
-She is part of the Japanese band “Lyngo” as a guitarist.
-In 2019 she appeared in TURBOY’s MV.
-Since 2019 she’s in Danmee Entertainment.
-In 2020, she played the role of Watanabe in the movie “One Sky” and a photographer in the movie “Editor Days”.
-Currently she is active as an actress and model for cosmetics, sports, and diet events mostly in Japan but also Korea and China.
-She also does Vlogs on Youtube.
-On July 18, 2020, she had her first fan event: “LEE LYN 1st Love Fan Meeting in Japan 2020”.
-She was one of the finalists of Miss East Sports 2021 and supposed to participate in activities until January 2022 but because of her overcrowded schedule she had to decline to advance to the final stage. 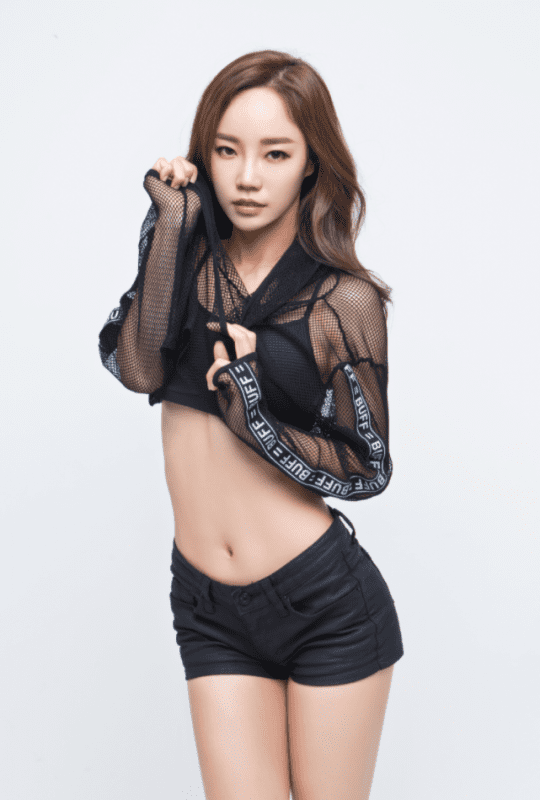 RaHee Facts:
-In 2015, she participated in the fitness and beauty contest “Miss Sexy Back”.
-She acted in the webdrama “첨 에 다 그래” alongside the other BEBEHEAL members.
-She did a dance cover of Beyoncé’s “Ego”.
-Her jersey number for BEBEHEAL’s predebut cheerleading performance for a baseball game in Incheon Stadium was 1.
-She’s the only member who is still mentioned as an artist of Parksal Company on their website.
-She’s still friends with Lyn.
-Rahee likes mint chocolate.
-Her BMI in 2018 was 17.3. She tried to get a healthier and more beautiful shape by gaining weight through doing sports and exercising.
-She has a husband. They married in summer 2018.
-She has a female toy poodle named 미기 (“Migi”) who is 17 years old. The dog needed leg surgery because of patellar dislocation in 2019 and Rahee did the rehabilitation exercises with her afterwards.
-Currently, she is a pilates instructor. She already worked in this profession before debut. For women only she offers 1:1 pilates lessons (postpartum/pregnancy/pain improvement/backbone correction/menstrual pain relief).
-She was sports teacher for kids with autism once.
-She also appeared in commercial films and is a model for True Foxy, a brand for pilates fashion. She’s featured in their pregnancy line. According to their profile, her weight mid-pregnancy was 59 kg.
-She gave birth to a girl on January 9, 2021. 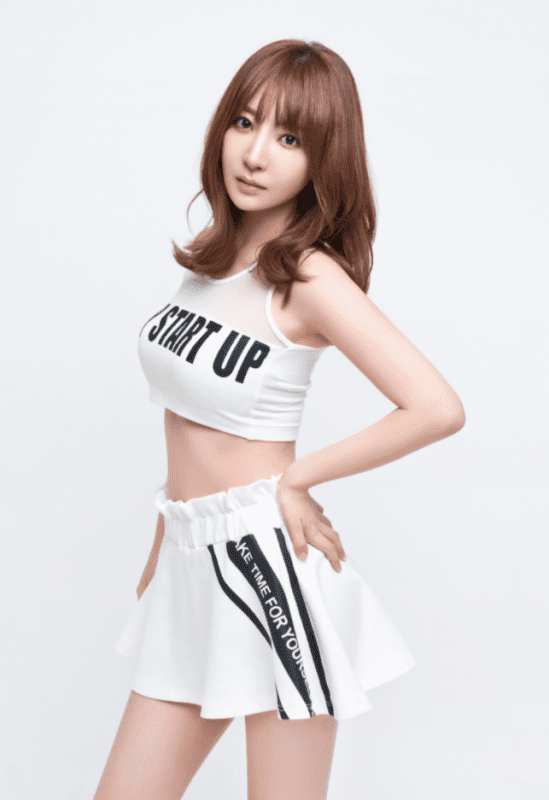 Ayumu Facts:
-Ayumu was born in Aichi prefecture.
-She attended the vocal school Okinawa Actors International Nagoya in Nagoya City and graduated from the music department of Ferris University, a private women’s college in Yokohama.
-She debuted in March 2005 in the group Sister Q as AYANO. They disbanded in October 2006. After that, she started solo activities.
-She also worked as a songwriter under the name I♡RA.
-Until 2013, she was in Fit One/Smile Company and worked under the names 竹内 綾乃 (Takeuchi Ayano) and AYANO.
-She has been in Irving agency since 2013.
-Before becoming a member of BEBEHEAL, she was a japanese broadcaster and soloist.
-In BEBEHEAL she was the member with innocent charms.
-She used to have an afreeca TV blog where she presented the weather every Friday.
-She acted in the webdrama “첨 에 다 그래” with other BEBEHEAL members.
-Her jersey number for BEBEHEAL’s predebut cheerleading performance for a baseball game in Incheon Stadium was 7.
-Starting in 2017, she began modeling in magazines and was featured in 週刊プレイボーイ (“Weekly Playboy”) as “the most beautiful 31-year-old in Japan”.
-In June 2018, she announced the production of her 1st photo album.
-Currently, she is a model and tv personality who appeared on many shows in Japan since 2008.
-She modeled for a 2021 calender together with actress Ai Tsubakihara that was published by 東京Lily (“Tokyo Lily”).
-Ayumu likes Kimbap.
-She can play the piano.
-Her favorite song is Chris Brown’s “Run It!”
-Her favorite movie is EVER AFTER.
-Her hobbies are scuba diving and horseback riding.
-She has a female dog called Kurara who is one year old.
-Her shoe size is 24 cm.
-Her dimensions are 81 – 53 – 83 cm.
-Her motto is: “I’m going to find glass shoes myself.”

Note regarding the positions: They never officially had positions so they are guessed based on the MV. Feel free to suggest something else.

Who is your BEBEHEAL bias? Do you know more facts about them? Feel free to comment below. 🙂 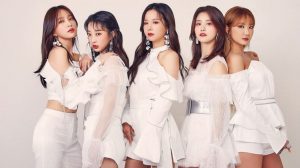 EXID: Who is Who? 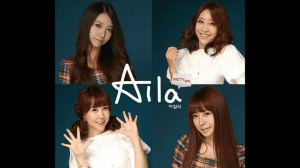 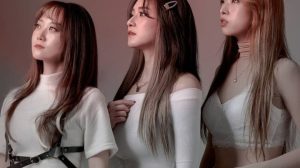 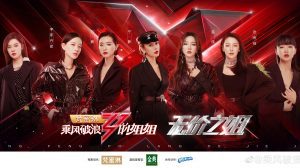