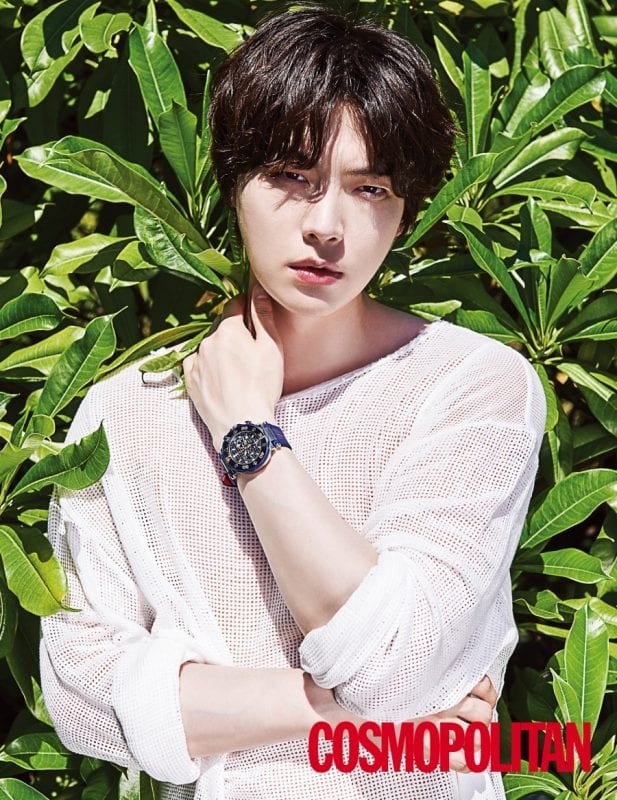 Ahn Jae Hyun (안재현) is a South Korean model and actor.  He debuted as a model in the year 2008 and then debuted as an actor in 2011 when he played a delivery man in the variety show called Lee Soogeun and Kim Byungman’s High Society.  He is currently under ESteem for his modeling career and HB Entertainment for his acting career. Ahn Jae Hyun is best known for his roles in; You’re All Surrounded (2014), Blood (2015), Cinderella with Four Knights (2016), Reunited Worlds (2017) and The Beauty Inside (2018).

Ahn Jae Hyun Facts:
– He was born in Seoul, South Korea
– In September of 2012, he appeared in Baek A Yeon‘s ‘Sad Song (느린노래)‘ MV.
– In October of 2012, he appeared, in K.Will‘s ‘이러지마 제발 (Please don’t…)‘ MV.
-In January of 2013 he appeared in Sistar19‘s ‘있다 없으니까 (Gone Not Around Any Longer)‘ MV.
– In 2014 He appeared in Wings “Hair Short” MV.
– Also in 2014 He appared in Uban Zakapa x Soyou’s video “The Space Between” MV.
– In March of 2016, Jaehyun was confirmed to be dating his Blood co-star Ku Hyesun after a month of dating.
– On May 20, 2016, they were married and officially registered at the Gangnam District Office.
in 2017 He appeare in No Reply’s video “On The Way Home” MV.
– In August of 2019, Ahn requested a divorce from his wife.
– On September 9th, 2019 he applied for divorce to the Seoul Family Court.
– In October of 2019, Jaehyun deleted all the content from his Instagram account. It is believed he deleted them to prevent any further issues (hate comments) or controversy regarding his divorce.

Which is your Ahn Jaehyun favorite role? Do you know more facts about him? Feel free to comment below with your source. It can help new fans find more info about him. 🙂

Who owned UNI.T’s No More Era?

Who is the best dancer in Secret Number?

Who owned OH MY GIRL’S The Fifth Season (SSFWL) era?

Who owned OH MY GIRL’S BUNGEE (Fall in Love) era?

Which is your favourite song from TWICE’s More & More Album?