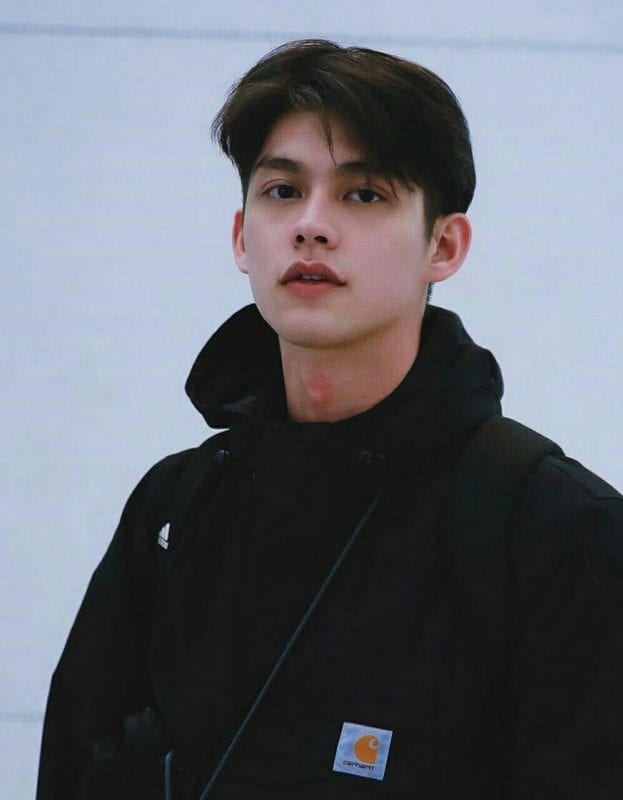 Vachirawit Chiva-aree (วชิรวิชญ์ ชีวอารี) is a Thai-American actor, host and model under GMMTV. He debuted as an actor in the movie Love Say Hey back in 2016.

Bright Facts:
– He was born in Nakhon Pathom, Thailand.
– His father is Thai-American and his mother is Thai-Chinese.
– He is an only child.
– He speaks Thai and English.
– He is currently learning Mandarin. (He says it’s really hard.)
– He attended Thammasat University under the Faculty of Engineering. He is currently
studying Marketing at Bangkok University.
– He has a love for photography.
– His favorite Korean song is “instagram” by DEAN.
– Fans really admire his looks, especially his lips.
– His favorite cartoon character is Baki.
– His favorite color is black.
– He loves K-Pop.
– His favorite place other than his room is his living room.
– He really likes OFFONOFF especially their song “bath”.
– His favorite romantic movie is “About Time”.
– His favorite song to listen to at 3 am is “3:00 AM” by Finding Hope.
– He prefers the moon over the sun.
– He has done drag before. (He said it was his first and probably last time).
– His favorite soccer player is Cristiano Ronaldo.
– When Bright was young, he didn’t like to join school camps. He would have fights
with his mom over it because he always refused.
– His favorite Hollywood artist is Christian Bale.
– He has visited many countries and historical landmarks.
– He says when he was young he was addicted to playing video games but he liked sleeping more.
– When he was a kid his dream was to be a scientist.
– He always loses his things (he says the only things he hasn’t lost yet is his house and his car).
– He can play a lot of instruments, like the keyboard, bass, guitar and drums.
– He learnt all those instruments not because he was interested, but because his parents owned a music school and they didn’t want people to say that they couldn’t even teach their own kid the instruments.
– His favorite color always changes, but its green for now. (2021)
– He has had 3 pets, the first 2 were hamsters and the 3rd was a hedgehog.
– His favorite TV Series is Peaky Blinders.
– He says his favorite series he acted in is 2gether the series.
– He has loved fishing ever since he was a kid.
– He says he can’t live without his phone because he got used it having it with him
and nowadays a phone is necessary.
– He says he doesn’t like to have smart pets because he doesn’t want them to wait for
him when he goes to school or work.
– When he was a kid he was so smart he had to study separately from other kids.
– He likes to train in Muay Thai (Thai Boxing)
– If he could collaborate with any singer it’d either be Jennie (BLACKPINK) or DEAN.
– He says G-Dragon is one of his role models.
– He’d rather hit on someone than someone hit on him because he doesn’t know what
to do when someone hits on him.
– He says he’d love to be able to dance to EXO‘s “Love Shot”.
– Bright likes to use women’s perfume the not too sweet kind.
– He loves different smells (ex. gasoline and hospital).
– Bright loves animals except for Gecko.

(Special thanks to: Soyeon is my wife but I cheat, Yuii Hatsuko, mystical_unicorn, Bane Blair, anonymous)

Do you like Bright? Do you know more facts about him? Feel free to comment below. It can help new fans find more info about him. 🙂 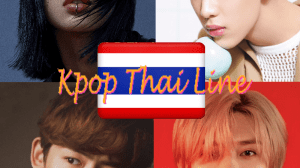