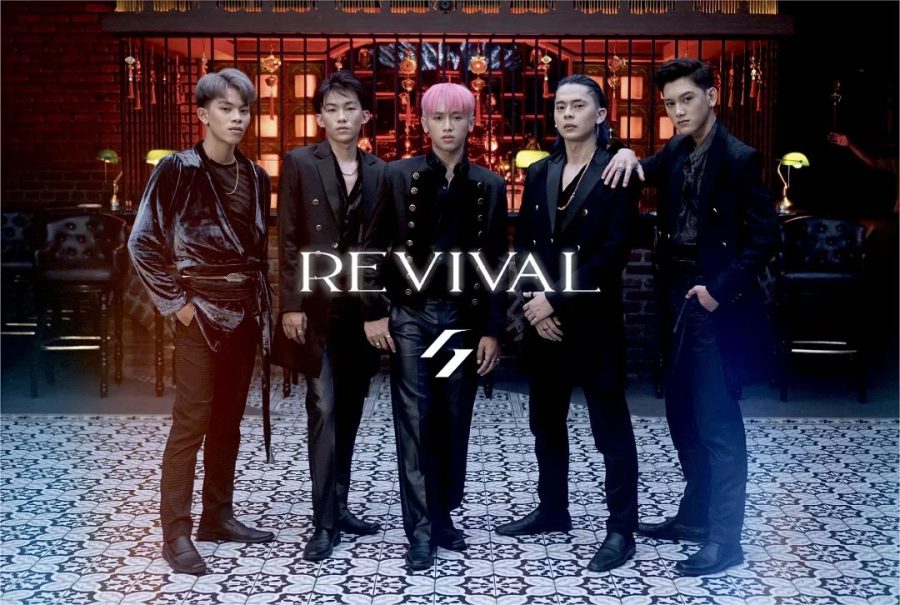 GALAXY (GɅLɅXY) is an Indonesian boy group under STB Entertainment. In November 2021, the group rebranded from TGX (which stood for “The Galaxy”) to GALAXY by changing its logo and social media ids. Consists of 5 members: Ricard, Calvin, Steve, Fernand, and Ravik. They debuted as TGX on February 14, 2020, with a single “Parasite”. They’re set to re-debut in 2022 under their new name. 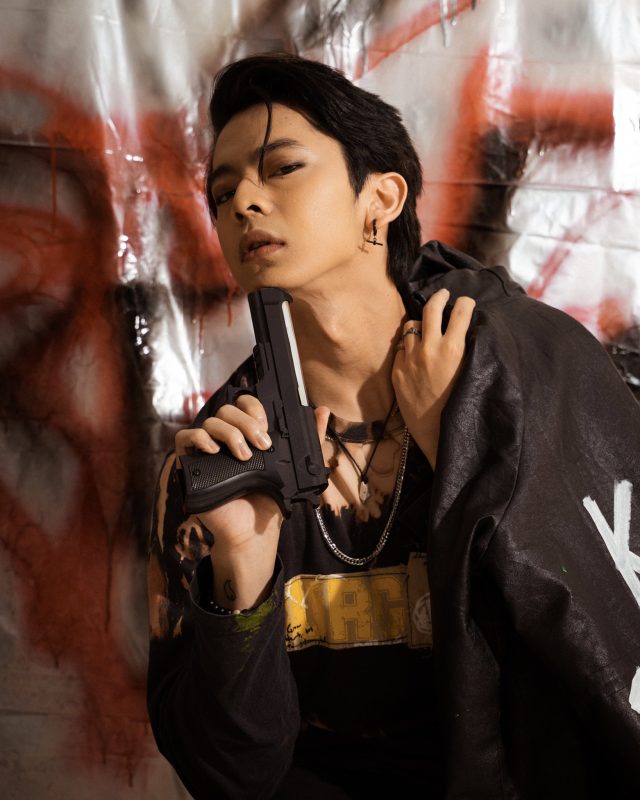 Ricard Facts:
– He works as a dancer, choreographer, and model.
– He joined the group when they rebranded from TGX to GALAXY at the beginning of November 2021.
– He gave dance classes at several studios in Bandung.
– He prefers a girl with long hair. (video) 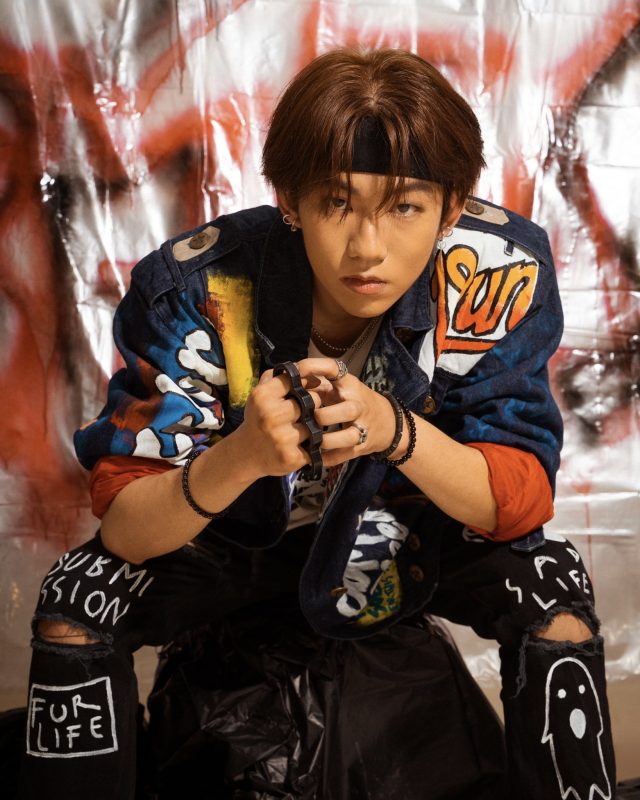 Steve Facts:
– He was born in Bandung, Indonesia, and is still living there.
– His hobbies are dancing, listening to music, playing video games, and basketball.
– His idol is BTS.
– His favorite tv series is “Game Of Thrones”.
– His favorite song is “Born singer” by BTS.
– His favorite food is McDonald’s.
– A place he wants to visit is Japan.
– His Instagram username used to be @stefanusalxnder.
– For him, the most valuable thing in life is family.
– His favorite color is black.
– Words that were used to describe him in his introduction were: shy person, dancer, cute, good listener, genuine person.
– He became the leader of TGX in June 2021, before Ricard got this position in November 2021.
– His motto is “As soon as possible!”
– He is an original member of TGX.
– He prefers a girl with long hair. (video) 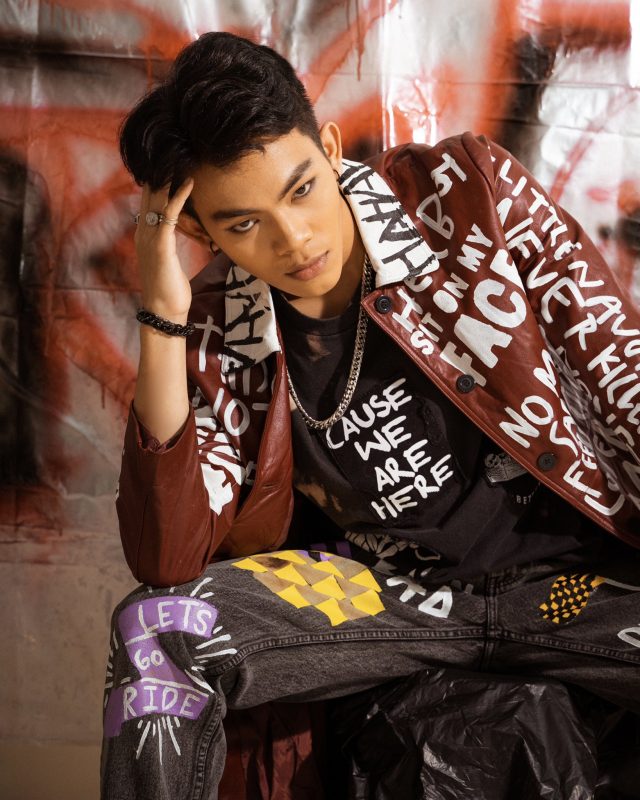 Calvin Facts:
– He was born in Tanjung Balai Karimun, Indonesia.
– He lives in Bandung, Indonesia.
– His hobby is breakdancing.
– His idols are Bruno Mars and Dua Lipa.
– His favorite movies are “Your Name”, “Attack on Titan”, and “Parasite”.
– His favorite song is “Locked out Of Heaven” by Bruno Mars.
– His favorite food is Sambal Udang and crabs.
– A place he wants to visit is South Korea.
– His Instagram username used to be @wazzupfinn.
– For him, the most valuable things in life are career and parents.
– His favorite colors are dark green and blue.
– Words that were used to describe him in his introduction were: b-boy, rapper, swag, nosy, youngest.
– He is known as a mood maker within TGX because of his playfulness.
– He used to be the leader of TGX before Steve took over in June 2021.
– His motto is “Work hard, be kind. That’s when something big will happen.”
– He prefers a girl with short hair. (video)
– His nickname is Finn Kid.
– He is an original member of TGX. 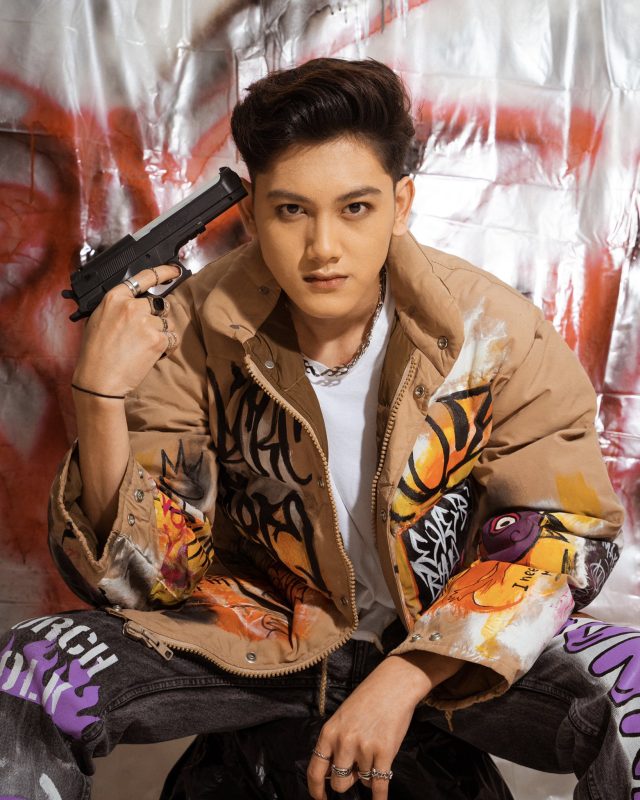 Fernand Facts:
– He’s from Bandung, Indonesia.
– He was introduced as a new member on March 15, 2021, alongside the information of Billie‘s departure.
– He plays basketball.
– His hobby is singing.
– He is StarBe‘s Shella younger brother. They both were born on January 29 but in different years.
– He appeared in TGX ‘I L.O.V.E You’ Music Video (2021) as a female model boyfriend.
– He prefers a girl with short hair. (video)
– He is an original member of TGX. 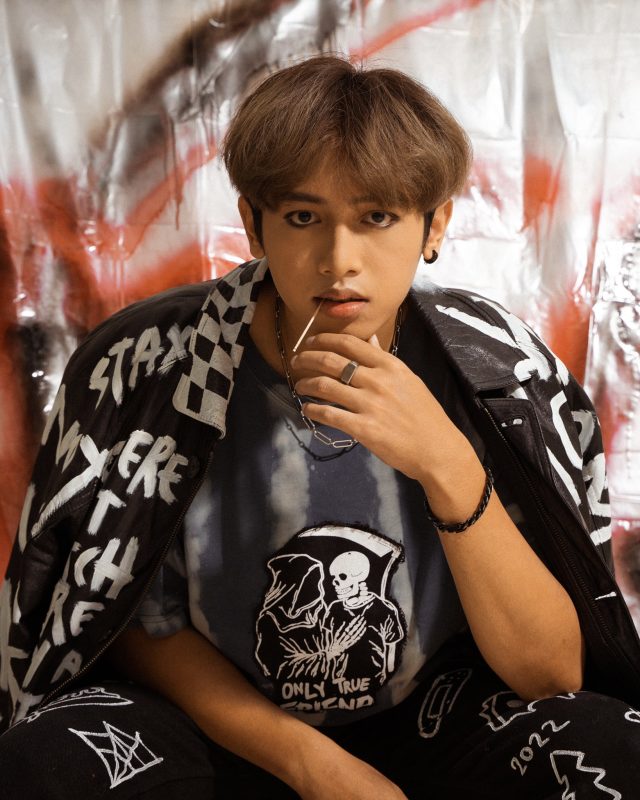 Ravik Facts:
– He’s from Sukabumi, Indonesia.
– He joined the group when they rebranded from TGX to GALAXY at the beginning of November 2021.
– He prefers a girl with long hair. (video)
– He’s an only child.
– His hobby is playing games online.
– He was a member of Sugar X Spicy Dance Cover Group. (video)
– He joined TikTok in April 2020. (video) 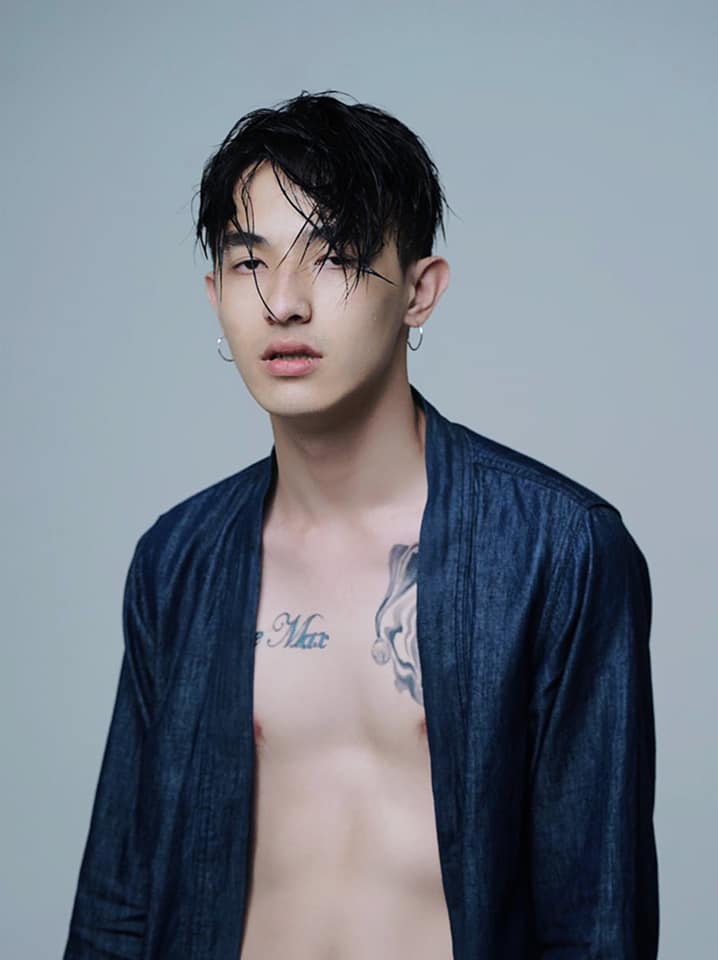 Billie Facts:
– He was born in Bandung, Indonesia.
– He lives in Jakarta, Indonesia.
– His hobby is eating.
– His idol is Machine Gun Kelly.
– His favorite movie is “Cannibal Holocaust” from 1980.
– His favorite songs are by Avenged Sevenfold.
– His favorite food is gado-gado (lotek).
– The places he wants to visit are Israel, Somalia, Mexico.
– For him, the most valuable thing in life is to have a religion.
– His favorite color is red.
– He is a model under WHO KNOWS MODELS. [instagram]
– He has two tattoos on his chest: “Billie Max” and a skull with a jester hat. And one above his hip. [photo]
– He is the owner of @max_xwear and @singgasana_elektronik, as claimed in his Instagram bio.
– Words that were used to describe him in his introduction were: cool, rapper, strong, easy-going, artist.
– His motto is “infinite creativity!”
– He appeared in Indahkus ‘Be With U’ and StarBe ‘Time To Fly’ Music Videos.
– It was announced on March 15, 2021, that Billie decided not to renew his contract and left the group. 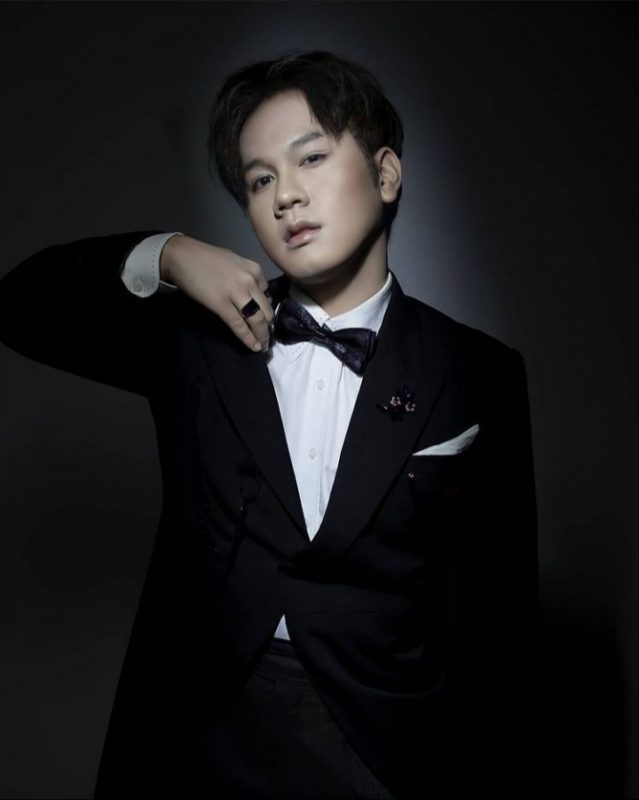 Deris Facts:
– He was born in Bandung, Indonesia.
– He lives in Jakarta, Indonesia.
– Education: President University, Hogeschool van Arnhem en Nijmegen.
– His hobbies are reading a book, singing, learning, and ice skating.
– His idols are Barack Obama and Jimin.
– His favorite movie is “Beauty and The Beast”.
– His favorite songs are everything by Wolfgang Amadeus Mozart.
– His favorite food is sushi.
– For him, the most valuable things in life are God, family, and Indonesian culture.
– His favorite color is aquamarine.
– He speaks fluent English.
– He got The Best Delegate Award at the Model ASEAN-Korea Summit (MAKS) in 2020.
– Words that were used to describe him in his introduction were: singer, good boy, funny, warmhearted, charismatic.
– His motto is “Don’t be afraid before sunset. A great person is not someone who is always the best, number one, or the winner but someone who could survive, get up, and face the trouble in their life. ”
– He believes in the power of a dream.
– His MBTI is ENFJ.
– No official announcement was published by STB Ent. or Deris himself but he left the group. He was last seen participating in the group activities in June 2021, and when they rebranded to GALAXY at the beginning of November 2021 he was no longer present. Based on his social media posts he left the group to focus on his further education.
– On November 19, 2021, he got admitted as a student at Columbia University in the City of New York where he will be working on his second master’s degree. (post) 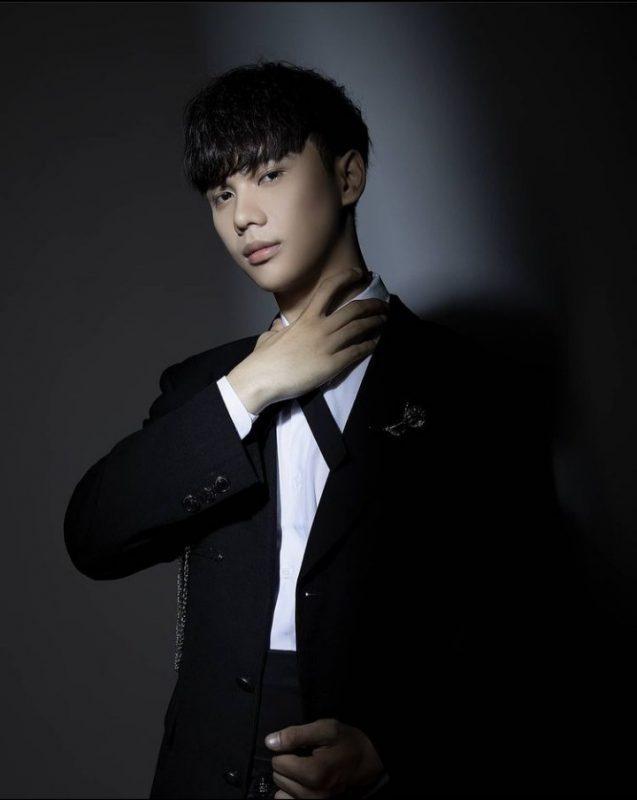 Sookyo Facts:
– He was born in Bandung, Indonesia, and is still living there.
– His hobby is listening to music.
– His idol is Cha Eunwoo.
– His favorite movie is “Maze Runner”.
– His favorite song is “Call You Mine” by Bebe Rexa.
– His favorite food is cheese.
– A place he wants to visit is Bangkok, Thailand.
– His Instagram username used to be @sooookyo.
– For him, the most valuable thing in life is being surrounded by friends.
– His favorite color is blue.
– He introduces himself as Kiyo (키요).
– Words that were used to describe him in his introduction were: dancer, soft-hearted, enthusiastic, loyal, with a sense of pride.
– His motto is “the best revenge is to improve yourself.”
– He worked part-time in an amusement park in Bandung.
– He was in a dance cover group called ‘ALIEN’.
– No official announcement was published by STB Ent. or Sookyo himself but he left the group. He was last seen participating in the group activities in June 2021, and when they rebranded to GALAXY at the beginning of November 2021 he was no longer present. 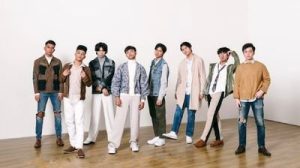 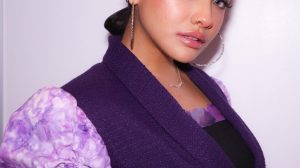 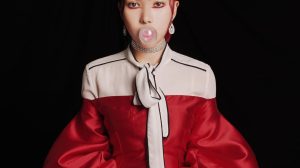 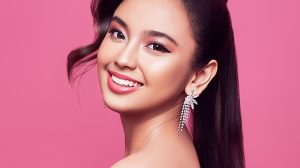 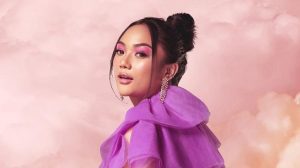 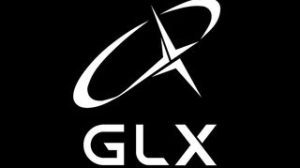