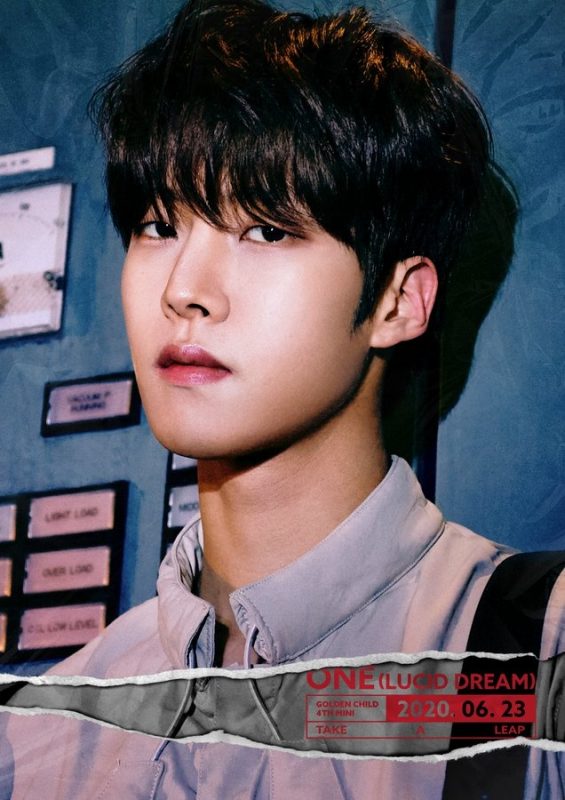 Daeyeol Facts:
– He was born in Yongin-si, Gyeonggi-do, South Korea
– Daeyeol’s jersey number is 11 because there are 11 members of Golden Child and his birthday is on the 11th
– He is the hardest to approach when mad. (After School Club)
– Family: Parents, older brother (INFINITE‘s Sungyeol), 5th aunt
– He is a trainee since 2012 when he was a backup dancer
– He wanted to become a singer since he was a child
– His role model is INFINITE
– Daeyeol and Y, together with INFINITE’s Hoya and L, appeared in the drama “My Lovely Girl” (2014) as members of boyband “INFINITE Power” (cameo appearance)
– He calls himself the trustworthy leader
– He was a backup dancer for Infinite during trainee times
– Nickname: Charismatic leader
– He and his brother is very close and has a good relationship
– The first member he was close to is Y
– His specialty is creative thinking
– He was introduced under Woollim’s pre-debut project, W Project
– In W Project, he was in the dance performance team with Donghyun & Jaeseok.
– During W Project, the dance team released a performance video
– He is playful and enthusiastic, but he is a very serious leader, so his manager said that he is a reliable leader, and his members trust him.
– He takes good care of his members
– Daeyeol has dyslexia (which runs in his family) but he likes to read. His brother Sungyeol has it too.
– He is the eldest in the group
– He became the tallest in the group after Jaeseok left
– Favorite food: Americano and green grapes
– Daeyeol was very introverted as a child. He was shy and quiet to the point that people didn’t notice him. In high school, he started to change.
– Favorite colours: deep colours like blue and purple
– He played the lead role in ToHeart’s “Tell Me Why” MV
– Hobbies: Bowling, walking, watching movies
– He knows how to speak Mandarin (Weibo Live).

How much do you like Daeyeol?
Total Votes: 925
×
You or your IP had already vote.