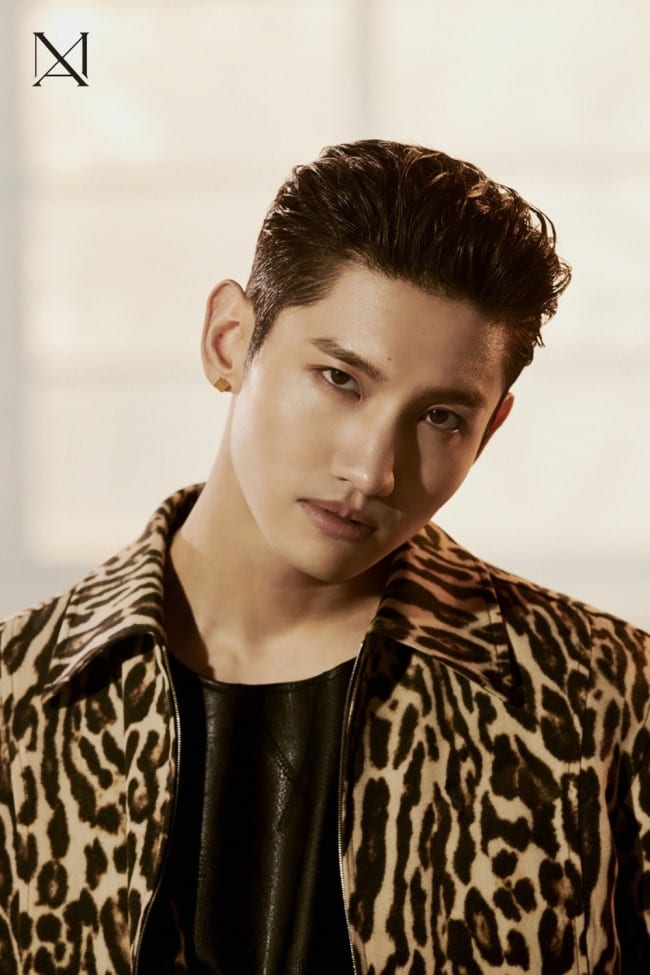 Changmin facts:
– Family: He has two younger sisters Shim Soo Yeon and Shim Ji Yeon
– Hobbies: Music, Singing, Eating
– Both of his parents are professors.
– Trained for about two years before debuting.
– Was the forth member to join TVXQ.
– Had a ‘scandal’ in a Japanese paper with SHINee’s MinHo. (A journalist spotted Changmin and Minho at a concert where Yunho was performing, and since Minho was wearing long hair at that time, mistook him as Changmin’s girlfriend).
– Has least number of celebrity friends in the group. Most of his friends are around for 10+ years since elementary/middle school.
– His closest friends outside the group are Super Junior’s Kyuhyun and SHINee’s MinHo.
– He’s Buddhist (the only Buddhist in DBSK/TVXQ).
– Has a strong desire to learn English. There was a period of time when he was taking unofficial English lessons from Yoochun.
– Used to have extremely poor eyesight until he got LASIK surgery.
– Was the first to get ‘Snarky Maknae’ image in SM ent.
– Known for his uneven eye smile. When he’s genuinely smiling, his right eye becomes smaller than left.
– Is a fan of movies but hates horror genre.
– He always said that if he were to be reborn he would like to be a normal person/ non-celebrity.
– Sleep talks, often with no memory of doing so.
– Uncomfortable to do cute acts that’s why his image was easily transferred to Junsu.
– Speaks fluently Japanese.
– Cries the easiest/ most but show it the least.
– Doesn’t get mad very often but when he does he……explodes.
– Is the one who named CASSIOPEIA.
– Is the best swimmer on the group.
– His favorite number has always been 2.
– Changmin has the highest IQ in Sm Entertainment with a score of 155.
– He’s a big fan of Seo Jang-hoon (former professional basketball player, who is currently an entertainer).
– He enlisted on November 19, 2015, in the same day as Super Junior’s Siwon.
– He will be discharged from service on August 18, 2017.
– On December 30, 2019, SM Ent. confirmed that Changmin is in a relationship with a non-celebrity.
– He made his official solo debut in April 2020 with first mini album ‘Chocolate’
– Changmin and his non-celebrity girlfriend got married on October 25, 2020.
– In 2021 he was the MC for the show “Kingdom: Legendary War“.
– Changmin’s ideal type: “I’d like for her to be someone who I can be comfortable around. I want to have fun with her like a friend, even when we start dating. Oh, and in terms of appearance, my ideal woman for now is Han Yeseul. It changed from Han Ga–in, Kim Tae Hee and Lee Nayoung.”

How much do you like Changmin?
Total Votes: 4271
×
You or your IP had already vote.

Do you like Changmin? Do you know more facts about him? Feel free to comment below. It can help new fans find more info about him. 🙂