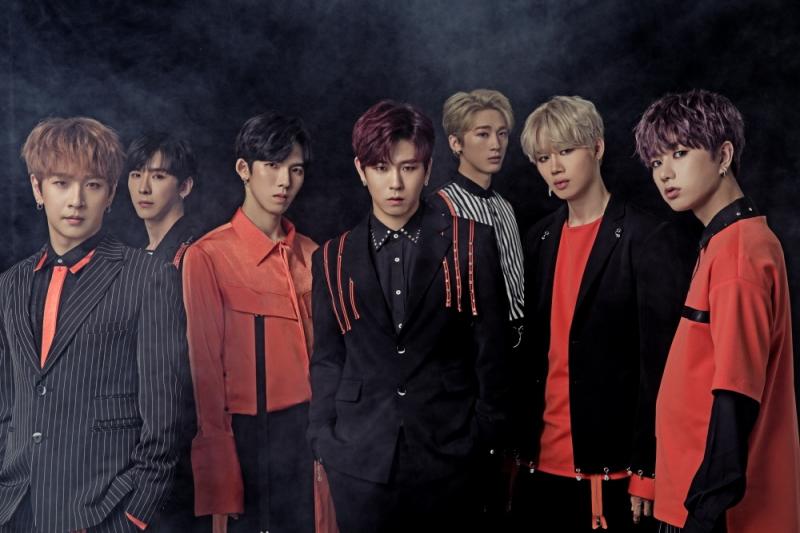 BlANC7 (블랑세븐) currently consists of 6 members. They debuted on March 3rd, 2017, with the song “YEAH”, under Jackpot Entertainment. BLANC7 disbanded on 24th January 2019. It was announced on May 1st, 2019 that they will be restarting the debut. 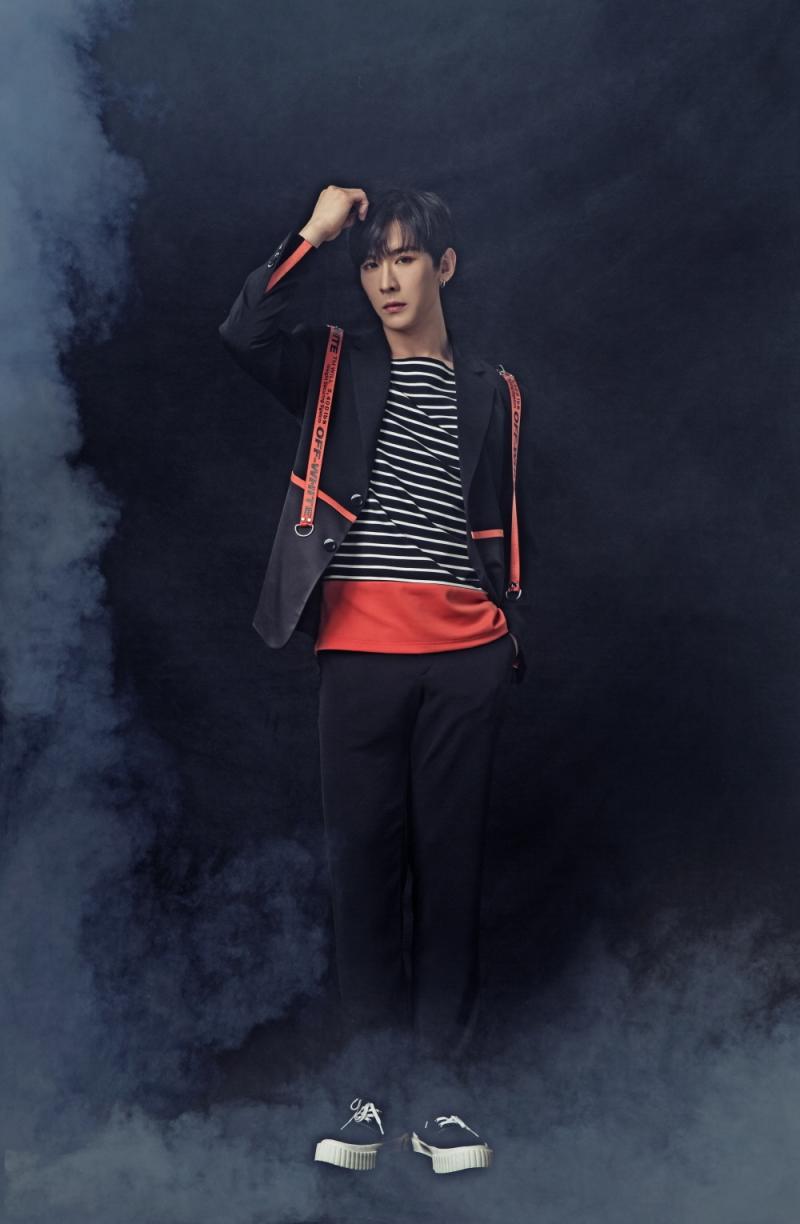 Jean Paul facts:
– He was born in Gyeongju, South Korea.
– Jean Paul was in the BTL boy group, who debuted in 2014, but the band disbanded.
– Education: Incheon National University, Department of P.E
– Jean Paul appeared in Yang Jeongseung “Break Up” MV
– His specialty is exercising and listening to music.
– Jean Paul’s favorite animal is a cat.
– He likes every sport and anything to do with exercise.
– His favorite color is mint’
– On December 4, 2018, it was announced Jean Paul is leaving the group and will start a solo career.
– On May 17th, 2019, it was shown in a video on Instagram on the BLANC7 account that Jean Paul has re-joined the group.
– Jean Paul’s ideal type: is a girl who is understanding, kindhearted, and hard working 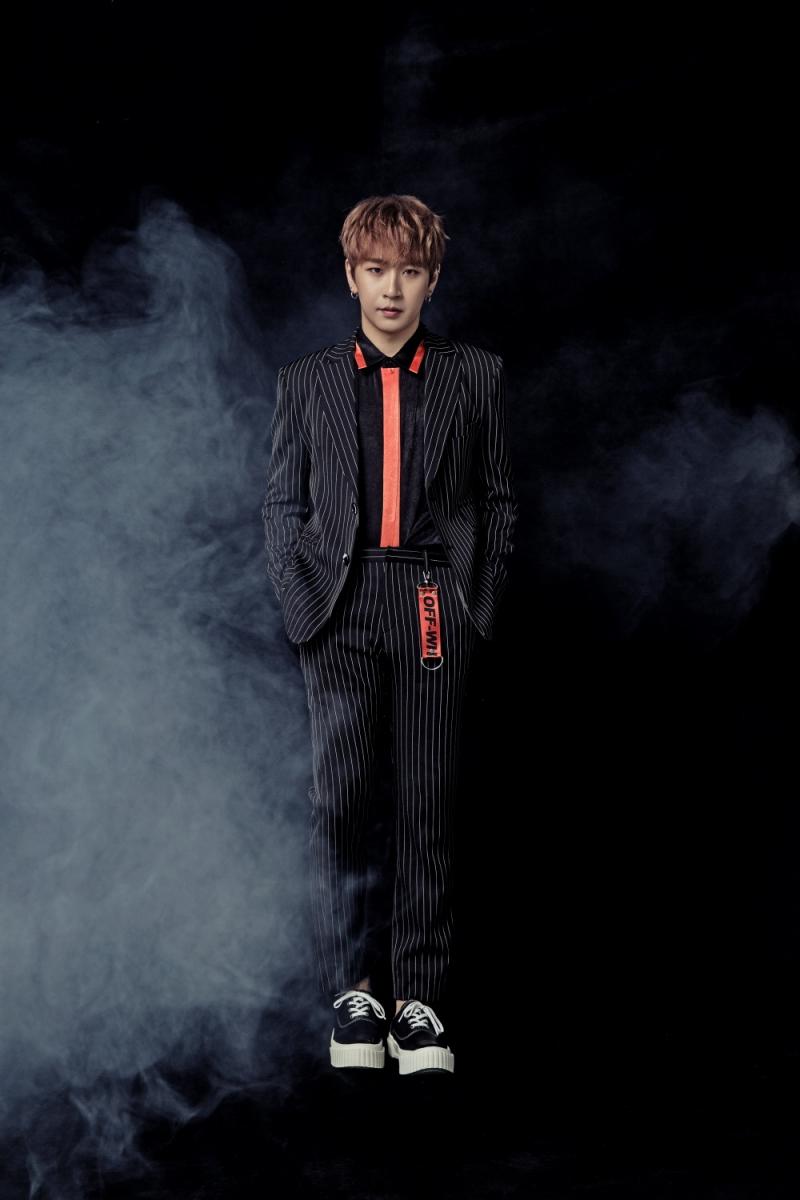 Shinwoo facts:
– Shinwoo was a member of the boy group “Mcrown” for a few months in 2016 but left, in order to be in BLANC7.
– He can speak Japanese.
– Education: Seoul Institute Music High School, Department of Music Theater
Seoul Institute of the Arts, Department of Acting
– He can play the saxophone.
– His favorite color is pink.
– He is a fan of Jimin from BTS.
– He was in KeyEast Ent trainee for 3 years.
– Shinwoo sang the Inspiring Generation OST, “Like A Fire” together with I.D
– He acted in the Musical “아찔한연애”. He plaid the role of “Son HeungKi”.
– Shinwoo is friends with Himchan from B.A.P (“Rookie Restaurant” with Blanc7)
– He has already served in the military. 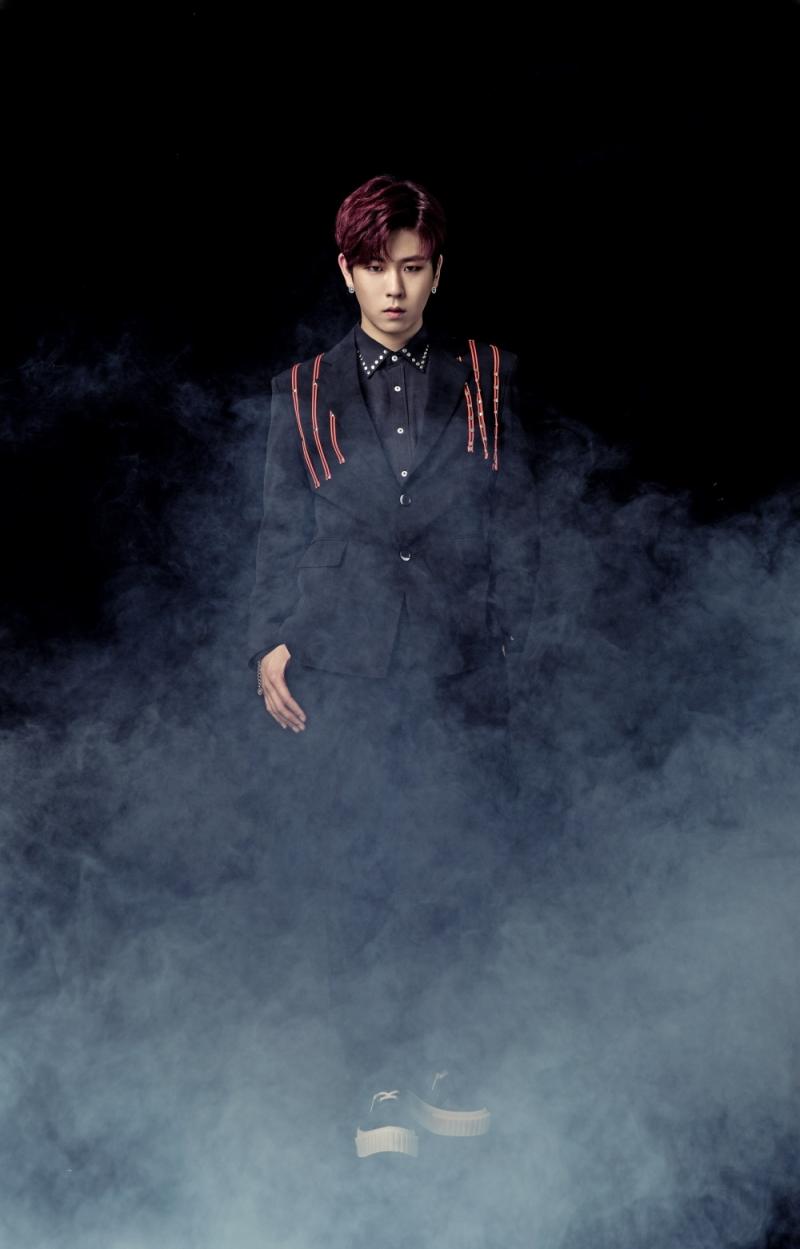 Teno facts:
– Teno was in Mcrown for a few months this year but recently left and is now in BLANC
– Teno was in Yama&Hotchicks as a dancer
– Teno was a backup dancer in lives and MV’s for many artists and groups. i.e Shannon, Exid, Girls Day, Kara, T-ara, also for the solos in T-ara Jiyeon, Hyomin and Elsie
– School: Seoul Arts College, Broadcasting dance (dropped out)
– Teno was in the military already
– Teno was a dancer in Yama&Hot Chicks for a year and has been a backup dancer for a lot of groups like Girls Day and solos like Shannon and Jiyeon and etc
– Teno was a member of M.Crown for a bit
– Specialty: Dancing, Basketball, Special Martial Art 1 Dan 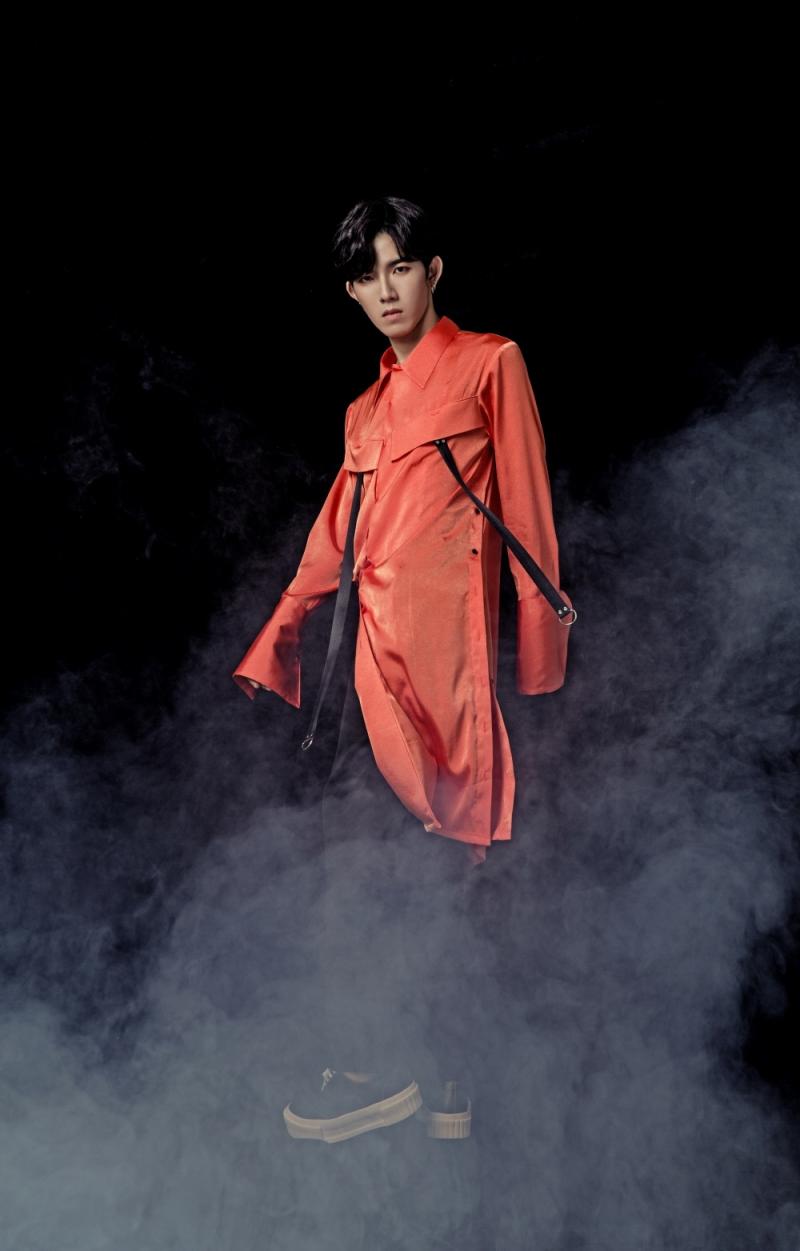 D.L facts:
– Education: Daejeon University, Department of Broadcasting and performing arts
– Specialties: Dance, Musicals
– He can do choreographies.
– He was a GA Entertainment trainee from 2011 to 2012.
– He acted in a theater play “넌버벌 토생전 거북이 역”
– He was part of the ensemble for the Hamlet Project Musical.
– He participated in Asia Game performance.
– He was the main dancer for Show Vividiva.
– He was a backup dancer at Kim Janghoon concert.
– He was a guest at the 아모스 Hair Show.
– He was part of the Incheon Asian Games Opening ceremony.
– He was in the ensemble for the musical “천년혼”.
– He performed at Wapop Concert 2014 to 2016.
– He also performed at the Seoul Motor Show.
– He was the main dancer at the Showck nonsense.
– He helped with choreographies for the Youth Superstyle Performance.
– He performed at the Busan motor show. 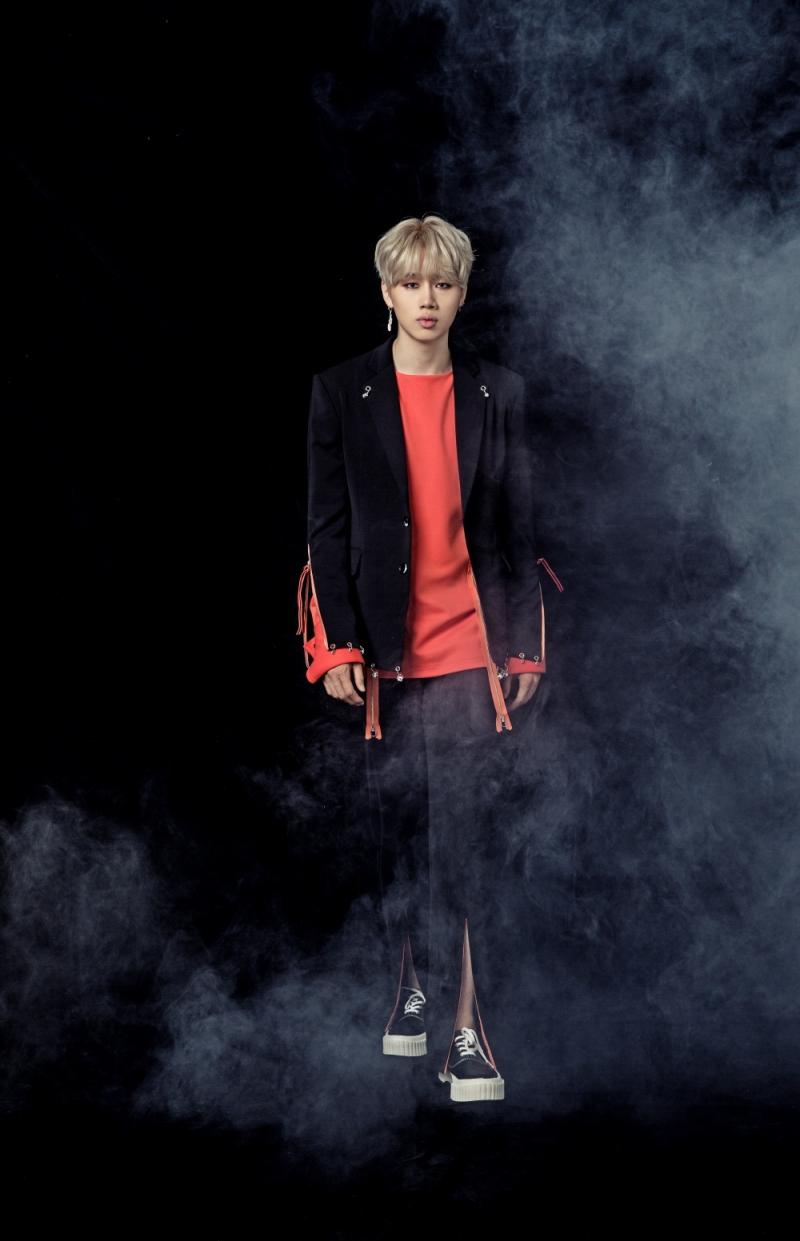 Spax facts:
– He is a B-Boy, under the name Bboy Spax.
– Spax’ current crew outside Blanc7 is called ARTISTREET, and the members are proudly supporting him for being a Kpop idol.
– His dancing crew also won Trophee Masters 2016 in Toulouse, France(with Spax in the main lineup)
– Spax has modeled.
– He can choreograph and play the guitar.
– He has already been into the military.
– He was in the Airforce B-Boy team from 2012 to 2014.
– He did the choreography for the Airforce “Dancing with the air”.
– He won first place at 2010 Battle Field Vol.2
– He won the 2011 “I Am A Bboy Battle”.
– He was a power ranger in the live action performances for Engine Force, Jungle Force, Miracle force from 2011 to 2012.
– He was in the performance for the 10th anniversary for Keep Dancing.
– He was a backup dancer for Park Hyoshin’s concerts from 2012 to 2015.
– Spax was a backup dancer for Park KyungLim’s concerts from 2014 to 2015.
– He won first place at the 2014 “DONG BANG” Battle Vol. 7 and Vol. 8 Break Side.
– He participated to the 2015 Redbull BC One Korea, Redbull BC One Korea Asia Final.
– He was in the 2015 Seoul Motor Show.
– He was a judge at the 2015 B-Boy Battle “Ready 2 Rumble”.
– He was a model for the China Magazine “Modern Weekly”.
– He was a model for SAMSUNG Galaxy S7, S7 Edge.
– He appeared in the 2016 Break Rookies Vol.2 Mentor B-Boy.
– He acted in the KBS Drama “사랑을 믿어요”.
– He acted in the JTBC drama “해피엔딩”.
– He was in the open appearance for the drama “Dream High”.
– He appeared on Star King on the B-Boy episode.
– He appeared in an episode of 100 Million Quiz show.
– Spax and Kkid’s older brother served in the same platoon during their service. (Arirang interview) 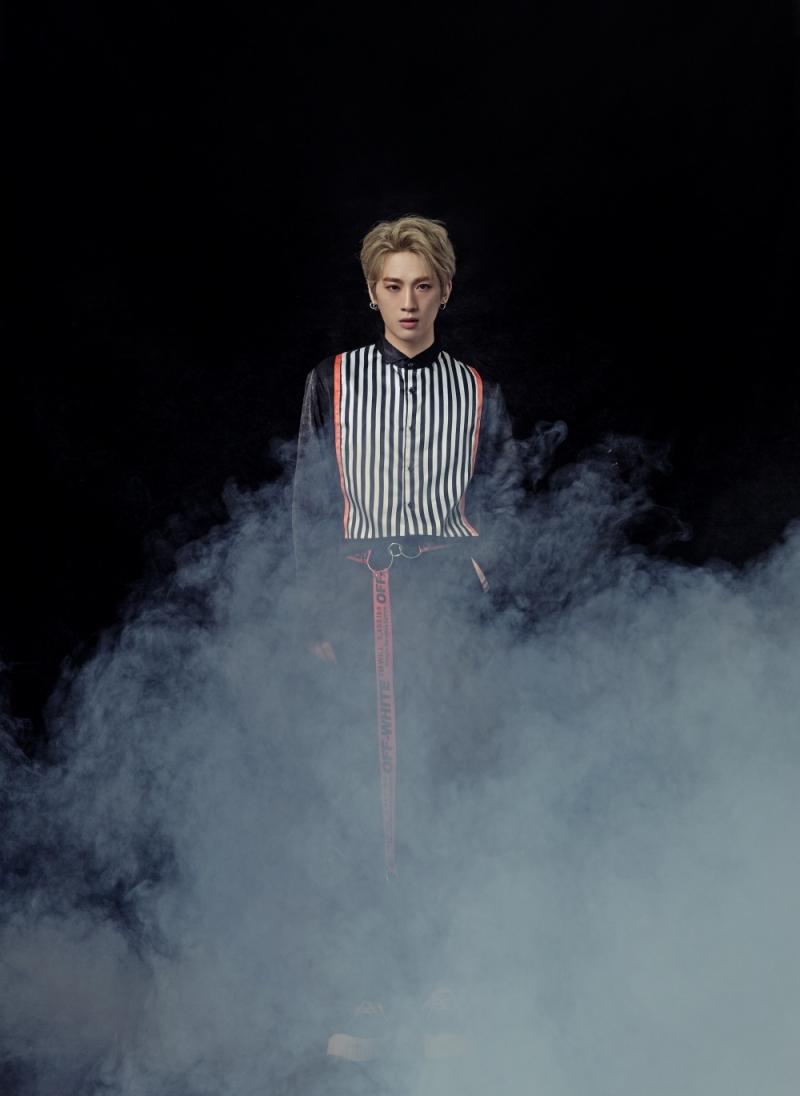 K-KID facts:
– Education: Seoul Digital University
– His specialties are beatboxing, street dance, broadcast dancing.
– He did 3 months of activity at ”Take Off (국가대표)”
– He trained for 2 years and 6 months
– He is friends with Xeno-T‘s Xero. 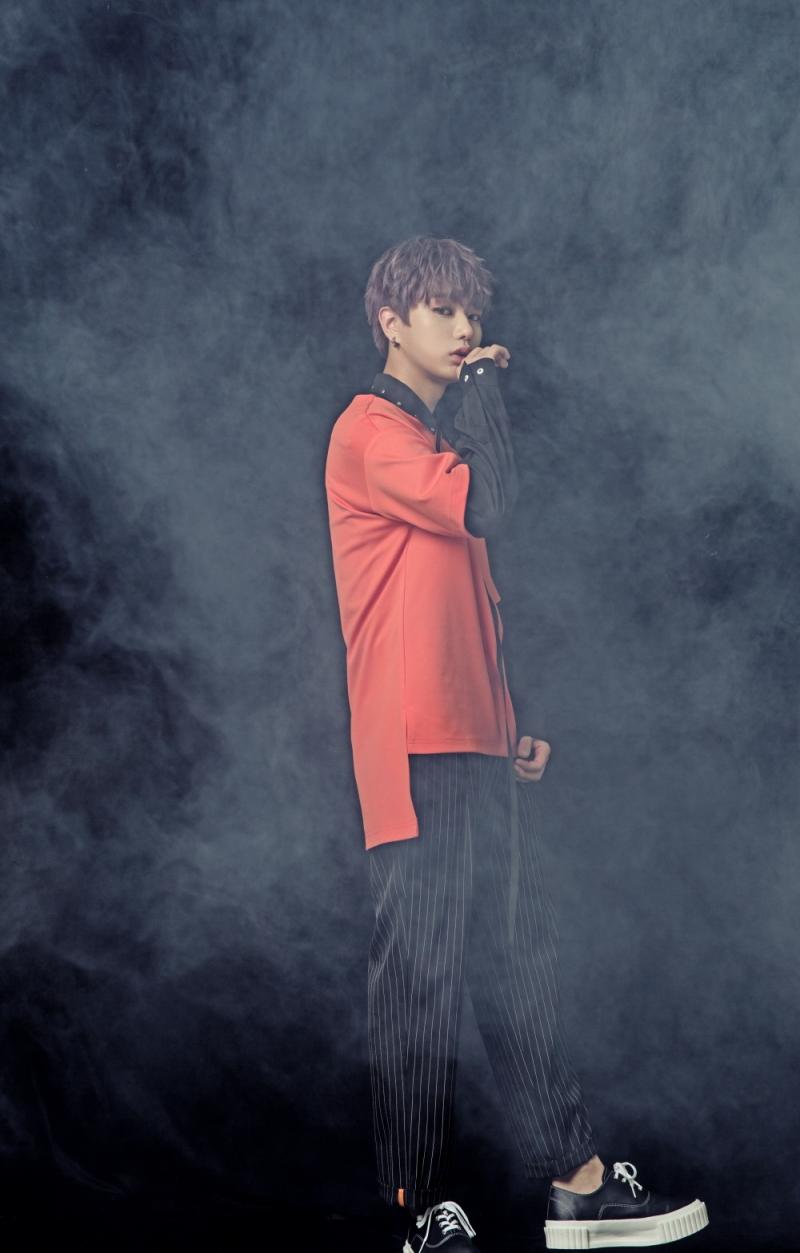 Taichi facts:
– Taichi is half Korean, half Japanese. His dad’s Japanese and his mother’s Korean.
– He was part of the K-pop boy group “Mcrown” for a few months but left to be in BLANC7.
– Education: Shibuya Highschool, Yonsei University
– Specialty: drums and calligraphy
– He has played the drums for 10 years.
– He is a 6 Dan (段 – a ranking system that is used by many Japanese organizations) in calligraphy.
– He was part of an underground band ever since middle school.
– He was a trainee for 1 year at Watanabe Entertainment.
– He was in the Perfect Boys Band for 1 year.

Who is your Blanc7 bias? Do you know more facts about them? Feel free to comment below. It can help new fans find more info about them. 🙂 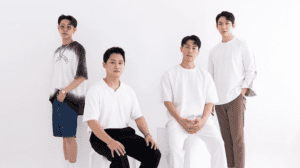 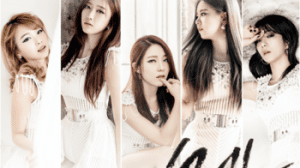 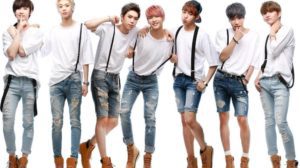 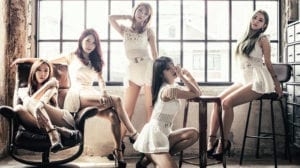