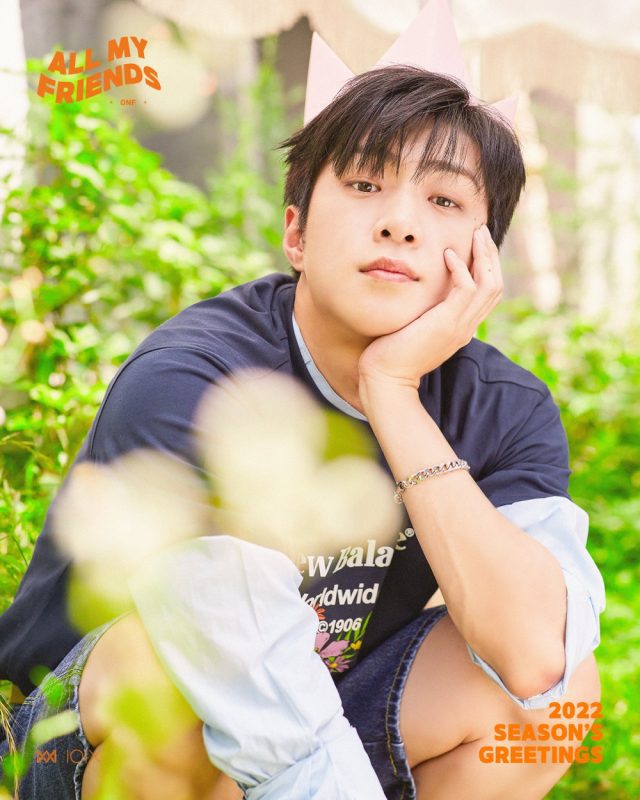 Wyatt (와이엇) is a member of the South Korean boy group ONF.

Wyatt Facts:
– Birthplace: Seoul, South Korea.
– His nicknames are “Gorilla” and “Princess”.
– Family: Father, older brother.
– Wyatt’s positions in ONF are Main Rapper, Lead Dancer, and Vocalist (OFF Team).
– Reading books and watching romance movies/dramas are some of his hobbies.
– Other hobbies include exercising and singing.
– Wyatt’s stage name means “Brave”, he picked it because he wants to give off a brave impression.
– His representative animal is a monkey/gorilla.
– He trained for 7 years before debuting in ONF.
– Wyatt’s English name is Jay.
– MBTI Type: ENFP.
– His favorite musicians are Rain, DPR Live, and Justhis.
– Wyatt, Hyojin, E-Tion, and J-US made their appearance in the Korean web drama “Loss:Time:Life” as dancers.
– Along with J-US, he appeared in B1A4‘s VCR “The Class”.
– Along with E-Tion, he also appeared in B1A4‘s VCR “Feeling”.
– He made a cameo in B1A4‘s “Baby Good Night” M/V.
– Wyatt is fluent in English.
– His charming point is his cave-like voice.
– He lived in Kazakhstan for a few years.
– His favorite color is black.
– He is experienced in krumping, a powerful form of dance.
– He has written lyrics for many of ONF’s songs such as Sukhumvit Swimming, Why, Belle Epoque, Message, Yayaya, Cat’s Waltz, Happily Never After, Incomplete.
– Wyatt helped compose their song Good Good as well.
– He doesn’t diet, he eats well and exercises after.
– Wyatt is a fan of Kim Kwang-seok. (“Pops in Seoul”)
– He collects figures and shoes.
– His favorite food is hamburgers.
– He doesn’t enjoy eating salads and dislikes bugs.
– Lee Juck’s “It’s Fortunate” is his favorite song to sing at karaoke. (M+Trivial Interview)
– To relieve stress, he does krumping but he would also like to go to a sauna as well.
– His favorite season is winter.
– He has a driver’s license.
– Wyatt (as well as the other ONF members) were contestants on YG’s survival program “MIXNINE”.
– He was eliminated from MIXNINE in the last episode.
– He has only one eye with a double eyelid.
– Wyatt is close friends with Dongheon from Verivery. (“Road To Kingdom” and vLive)
– He is afraid of amusement park rides.
– If he had a superpower, it would be teleportation (so he can avoid getting stuck in traffic).
– If he could go anywhere for vacation, he would like to go to the United States so he can educate himself on hip hop and American local street culture. (M+Trivial Interview)
– His motto: “Believe in myself.”
– Wyatt’s Ideal Type: If he likes a person, that person is his ideal type.

How Much Do You Like Wyatt?
Total Votes: 1199
×
You or your IP had already vote. 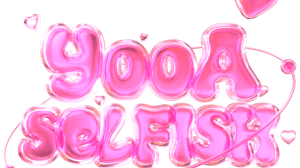