WonWoo facts:
– He was born in Changwon, Gyeongsangnam-do, South Korea.
– He has a younger brother named Jeon Bohyuk.
– Education: School of Performing Arts Seoul (‘15); Hanyang University Institute for Future Talents (Practical Music KPop Division Major)
– He took guitar classes after he moved to Seoul in his third year of middle school.
– He participated in Pledis auditions just for experience but passed the audition.
– He was a trainee for 4 years.
– He started off as a singer but people told him he had a good voice for rapping. Since then, he looked into the Hip Hop scene and got noticed as a rapper and became a part of the Hip Hop team.
– He’s scared of dogs.
– He says he looks cold due to his sharp eyes but he’s a warm person.
– He said if he could create a new unit, he’d want to be in it with Seungkwan, Mingyu, Hoshi, DK and Dino and he would name it ‘Comics’.
– Seventeen voted Wonwoo as the cleanest member.
– He ranks himself 3rd or 4th most handsome in the group. He says S.Coups is the most handsome to him because he’s very manly and has good leaderships.
– When he’s tired, he stares blankly and people tell him he looks really handsome.
– He doesn’t like aeygo.
– His hobbies are reading, playing games and watching movies.
– WonWoo’s favorite color is Blue.
– His favorite food is sweet and spicy chicken and kimchi fried rice.
– He likes pomegranates.
– He loves hamburgers.
– He can’t eat seafood.
– Between spicy rice cakes and ramen, he prefers ramen.
– Between scary or comedy movies, he prefers scary movies.
– WonWoo likes listening to sad music before he sleeps.
– He says he cries every time while watching the Korean movie “Miracle in Cell No.7″.
– Wonwoo shoe size is 270mm.
– During Weekly Idol he introduced himself as the member with the lowest voice in Seventeen.
– Wonwoo has a bad-vision, so he wears contacts or glasses. (vLive)
– He appeared in NU’EST’s “Face” MV and Hello Venus’ “Venus” MV
– His role models are Lupe Fiasco and Tablo (He also enjoys writing lyrics).
– The meaning behind his name is that Won means ‘round’ and Woo means ‘help’. It means to live by helping out with a rounded heart.
– He’s quiet shy. When he first meets a person, he’ll only warm up to them a little after meeting them every day for 1-2 months. (Japanese Seventeen Magazine)
– He’s in charge of wisdom. He’s liked reading from a very young age, and compared to the members, he thinks he has a wider range of vocabulary. (Japanese Seventeen Magazine)
– He’s normally indoors, so many of his rest days are spent at home. At home, he spends time playing games and reading books. (Japanese Seventeen Magazine)
– Wonwoo feeds the stray cats in his neighborhood. (According to himself during a fansign)
– He has a casual style: parkas, sweatshirts, jerseys, etc. His favorite is the leather jacket he bought in winter. (Japanese Seventeen Magazine)
– He thinks there are aspects of him that are manly. (Japanese Seventeen Magazine)
– He was active in billiards, bowling, basketball…various sports. He played with his close friends. He enjoyed his studies, and his grades for English, Math, and Korean were good. He wasn’t good at Humanities, but now he reads books about it and it’s quite interesting. (Japanese Seventeen Magazine)
– When he was a kid, he watched TV and his dream of wanting to be “a person who sings and dances” was born. (Japanese Seventeen Magazine)
– In “One Fine Day” ep.4 Wonwoo said he has xerophthalmia (dry eye syndrome).
– Wonwoo wants to be a RJ. (Kim Chang Ryul’s Old School 180718)
– Wonwoo is close to B.A.P’s Himchan. (B.A.P’s Celuv iTV ‘I am Celeb’)
– He ranks 72nd in The Most Beautiful Faces of 2017.
– He does not believe in love at first sight. He believes it’s rare to fall in love that quickly.
– He has his international driving license.
– In the old dorm he used to share a room with S.Coups. (Dorm 1 – which is downstairs, floor 6th)
– Update: As of June 2020, in the dorm he shares a room with Mingyu.
– Update 2: As of April 2021, he and Mingyu both have solo rooms.
– Wonwoo’s ideal type is someone who suits him well. 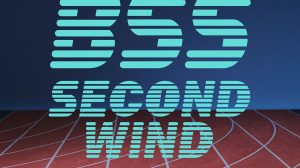 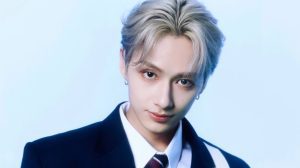 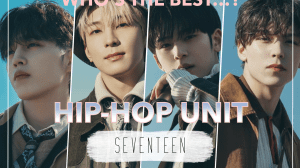