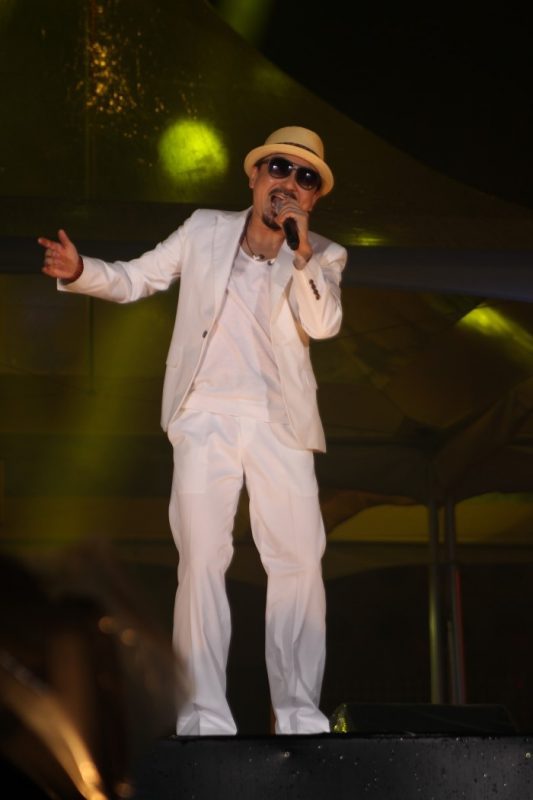 Park Sang-min (박상민) is a Korean solo singer, who debuted in 1993, with the album “Start”, his signature song being “A Man Who Has Moved Away“. He is currently under Pax Music Entertainment.

Park Sang-min Facts:
– He was born in the city of Pyeongtaek-si, in the Gyeonggi-do province, of South Korea.
– He is married and has two kids.
– His previous stage name used to be Park Deok-man.
– He was also known as Killer Leon.
– He is currently the vice president of the Korean mixed martial arts organization Road FC.
– His first debut as a singer was at an underground live club in 1984.
– He is a Buddhist.
– Education: Pyeongtaek Jungang Elementary School, Pyeongtaek Hankwang Middle School, Pyeongtaek Hankwang High School, Hongik University
– He received his bachelor’s degree from Hongik University.
– His signature look, since his early days of debut, has been a pair of sunglasses and a fedora hat.
– In July 2008, he served as a goodwill ambassador for the Boryeong Mud Festival.
– Since April 2012, he has also appeared on MBC’s entertainment show “I’m a Singer” (Season 2)

How Much Do You Like Park Sang-min?
Total Votes: 2
×
You or your IP had already vote.

Do you like Park Sang-min? Do you know more facts about him? Feel free to comment below.