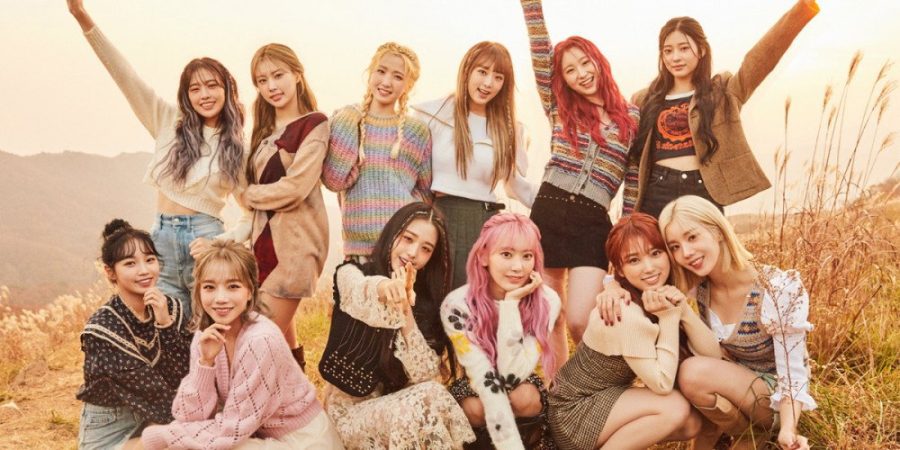 IZ*ONE is a 12-member girl group from Produce 48 that took over 4th gen by storm and the last ever group from the Produce Series. Let’s look back at the accomplishments, success, and the good and bad times they had! 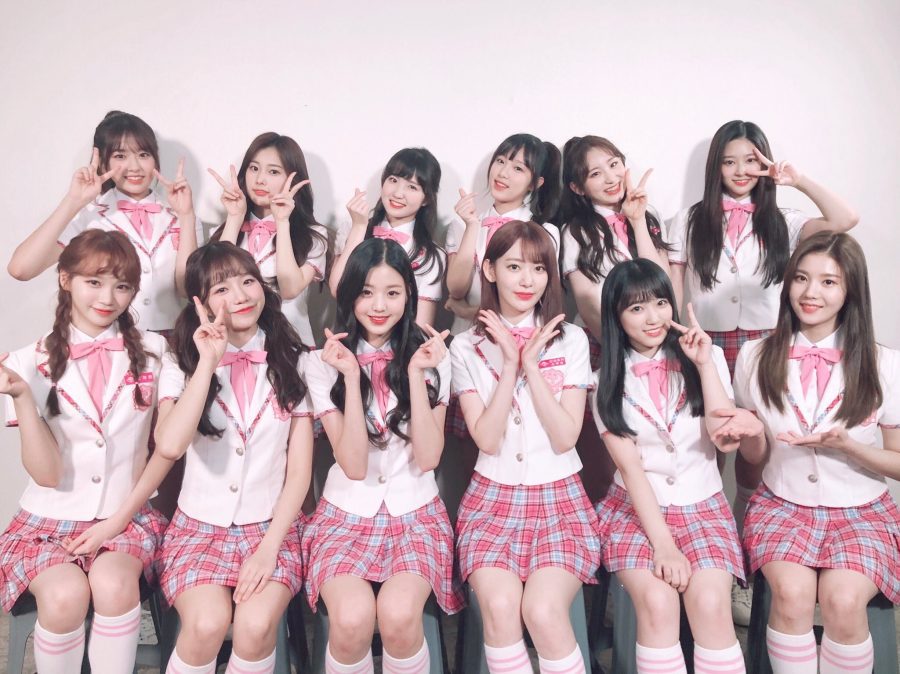 Mnet announced that the group name would be “IZ*ONE”. “IZ” is a numeronym for the number 12, a homage to their twelve members, while “ONE” indicates that they are one as a group. On September 21, 2018, IZ*ONE would be managed under the label “Off the Record” along with Fromis_9. 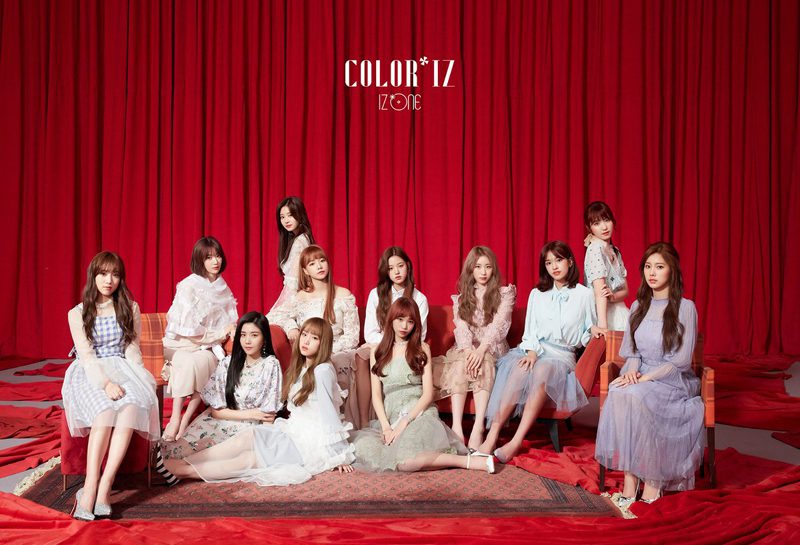 IZ*ONE made their debut on October 29, 2018 with their debut album “COLOR*IZ” and the title track “La Vie en Rose”. The mini album was a success, selling over 273,000 copies and breaking the record for highest first week sales of a debut album by a girl group and became the fourth highest first week sales of an album by a South Korean girl group on Hanteo. They had their debut showcase “Color*Iz Show-Con”. Tickets sold out within a minute of it being on sale. 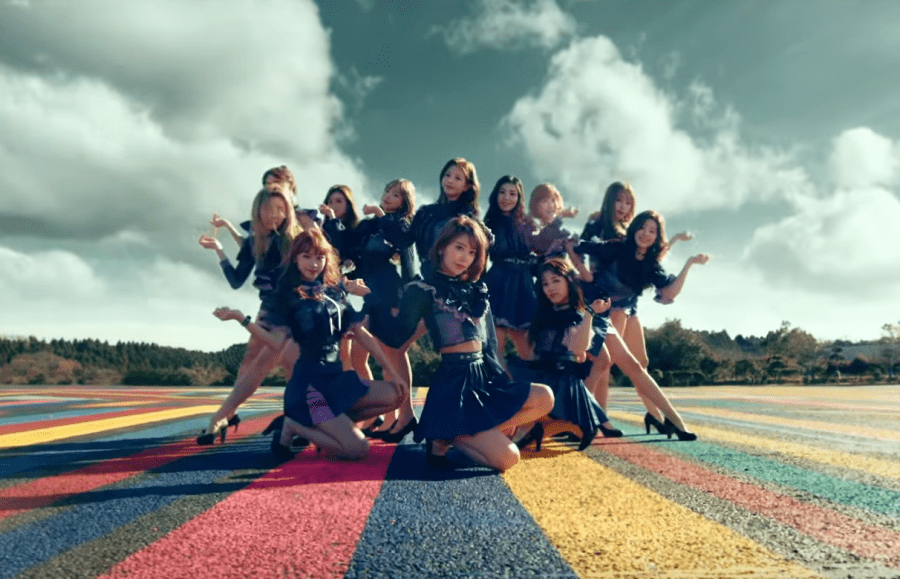 IZ*ONE released their debut Japanese single “Suki to Iwasetai” on February 6, 2019. It peaked at number 2 on both the Oricon Singles Chart and the Billboard Japan Hot 100, selling over 200,000 copies on its first week.

On April 1st, the group released their second mini album, HEART*IZ with the title track “Violeta”. It was also a major success. The album sold 132,109 copies in the first week which was a new record for girl groups at the time.

From June 7-9, the group held their first solo concert “Eyes On Me”. On June 26, the group released their second Japanese single titled “Buenos Aires”. 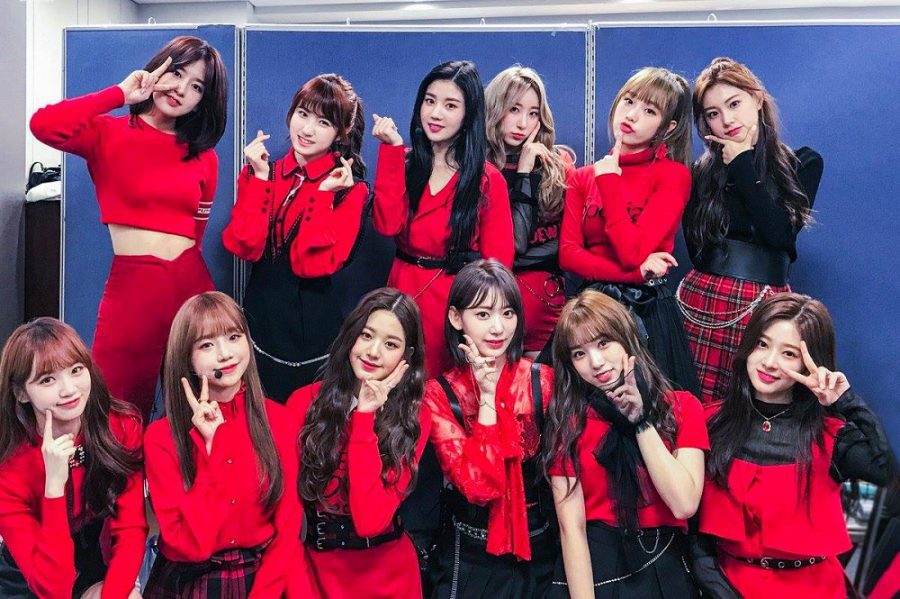 After the conclusion of “Produce X 101”, allegations of vote manipulation surfaced after viewers noticed irregularities in the number of votes counted. Series PD Ahn Joon Young later admitted were rigged, as well as the votes for the other Produce 101 seasons, including Produce 48.

Due to the scandal, IZ*ONE’s first full album was postponed and leaving them on hiatus.

On December 30, CJ ENM’s CEO Heo Min Heoi held a press conference to make a formal apology regarding the manipulation controversy surrounding the Produce series. Regarding IZ*ONE and X1, he shared that they are working on plans for the groups to resume activities, and Mnet will give up all resulting profits towards a fund.

Resuming activities, the release of “BLOOM*IZ”: 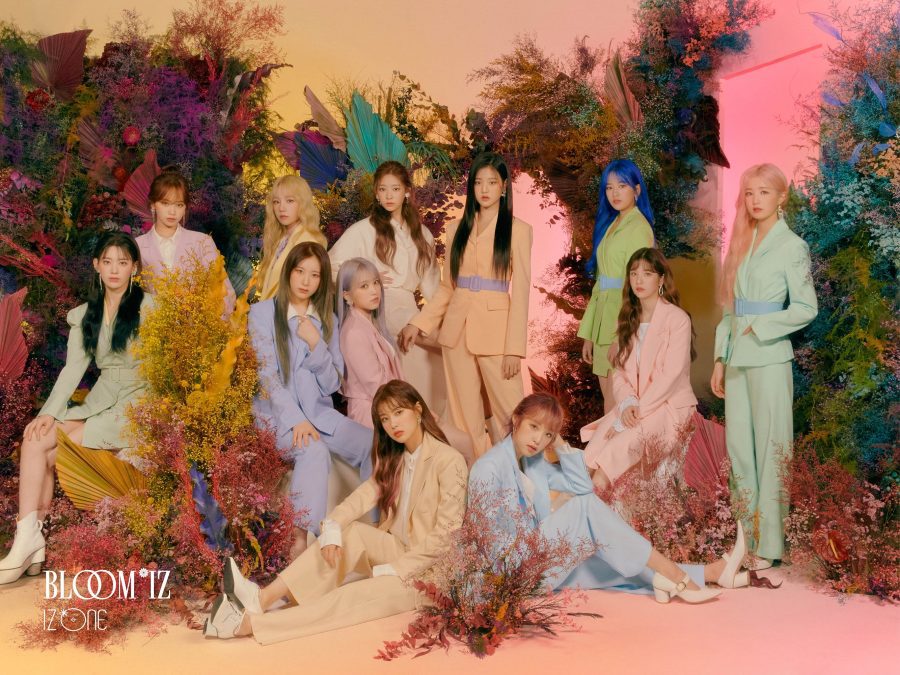 In February, the group released their first full album “BLOOM*IZ” along with the title track “Fiesta”. It broke the K-pop girl group record for first-week album sales with 356,000 copies sold.

On June 15, IZ*ONE released their third EP, “Oneiric Diary” with the title track “Secret Story of the Swan”.  The group held their first online concert titled “Oneiric Theater” on September 13. Due to COVID-19 restrictions, it was held virtually.

IZ*ONE released their first full Japanese album ” Twelve” on October 21 with “Beware” being the title track. They released their fourth mini album “One-reeler / Act IV”, making it the last album from the group. 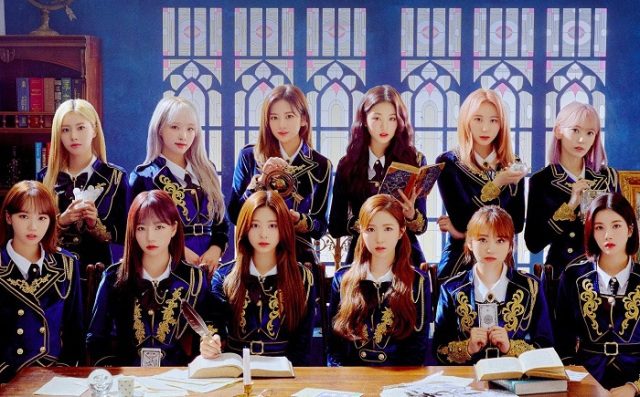 On January 17, IZ*ONE released “D-D-Dance” for the social platform UNIVERSE. They held their second and final online concert “One, The Story” on March 13 and 14 ahead of their contract expiration in April.

On April 29, 2021, IZ*ONE officially disbanded after the end of their contract. When the disbandment was announced, the official fanbase of the group, WIZ*ONE, started an initiative called Parallel Universe on April 21, 2021, in an attempt to stop the girls from disbanding.

The name “Parallel Universe” was chosen to pay homage to a song with the same title that was released during the One, The Story concert. The initiative raised ₩1,000,000,000 (US$900,000), its funding goal, but despite the support from the entire WIZ*ONE community, the initiative failed, and Iz*One disbanded as planned.

On June 19, CJ ENM confirmed that negotiations were underway to potentially relaunch the group, in consultation with the agencies which manage the members. Despite having initial discussions of the relaunch, the group’s relaunch had failed and as of July 6, the group’s re-debut was cancelled.

What era did you become an IZ*ONE fan?
Total Votes: 726
×
You or your IP had already vote.

Were you an IZ*ONE fan? Do you miss them? Feel free to comment down below! 🙂

How To: Apply For Boys Planet 999
Kpop Aussie Line