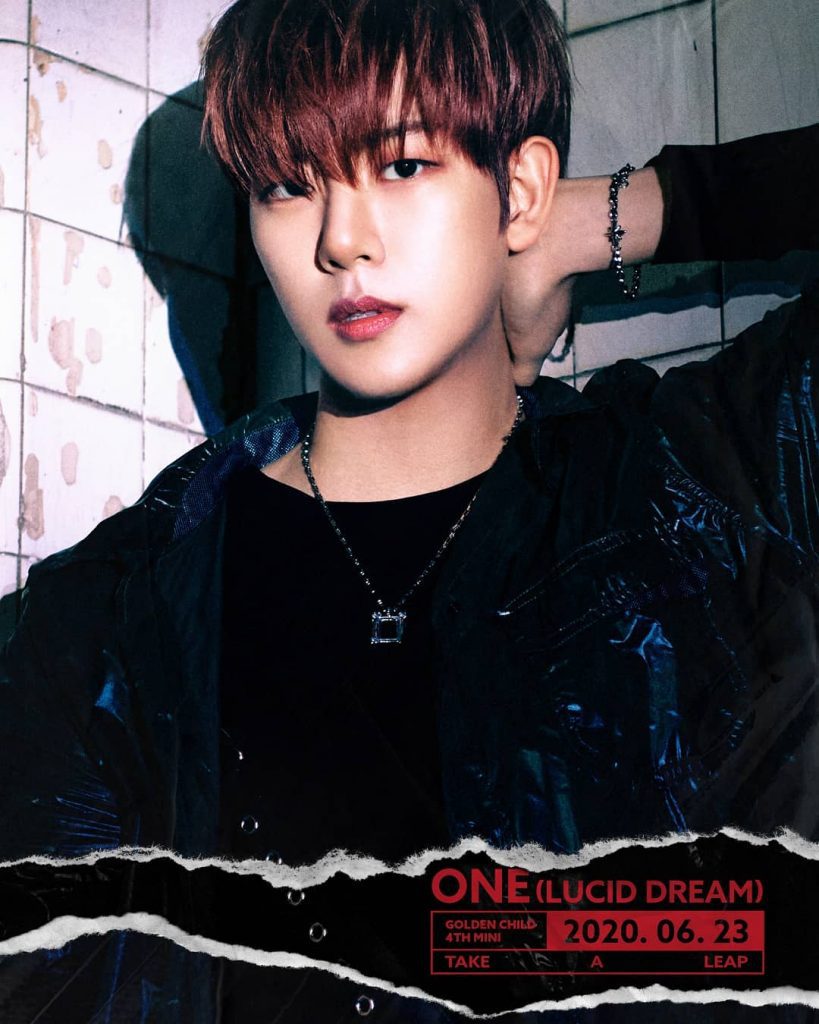 Jibeom (지범) is a lead vocalist, and visual in a South Korean boy group Golden Child under Woolim Entertainment.

Jibeom Facts:
— Born in Busan, South Korea.
— His favorite season is spring.
— He enjoys drinking vanilla lattes.
— He has an older brother.
— His Jersey Number is 33.
— He is a big fan of singer Roy Kim.
— His hobbies are watching movies, playing badminton, and riding a bike.
— His special talent is the impression of chicken doll sound and playing badminton.
— He participated in The Masked Singer variety show as a Full Moon Prince in 2020.
— He openly says that he’s not good with English.
— He is friends with singer Kim Donghan.
— He became a trainee under Woolim Ent. in 2015.
— He debuted as a singer on August 28, 2017 with Golden Child.
— Education: Geum Saem Elementary School, Namsan Middle School, Namsan High School → GyeongSeoung High School, and Baekseok Arts University in Music Department.
— According to Joochan, he sings while cleaning and uses various singing styles to suit the mood of the song.
— His favorite color is black because he finds it relaxing and comfortable.
— He has very flexible fingers.
— His dream is to sing an OST one day.
— He won a silver prize at a folk song competition in elementary school.
— An essential thing he needs to take when traveling is a cellphone.
— He is roommates with Jaehyun and TAG. (vLive: We Are Roommates)
— He got the World Record for SuperStar WOOLLIM mobile game (VLive: We Are Roommates)
— He plays video games, sometimes with other members e.g. with TAG in Dungeon Fighter.
— According to Jaehyun, he gets sensitive when he loses the game because he has a desire to win.
— He has a strong attachment to things that he cannot throw them away so he is called an antique collector by other members.
— He has thick hair so they don’t get damaged that much from bleaching it.
— He used to study Chinese for a month with his father when he was younger and Japanese in the vocal practice room. (VLive: We Are Roommates)
— In elementary school, he was a vice-president 4 times (VLive: Jang Beom)
— He used to have trauma for 2 years with his brother towards cold noodles because they weren’t able to bite them into smaller pieces. Jibeom is okay with it now because he can use scissors but his brother doesn’t eat them at all. (VLive: Jang Beom)
— He is a part of two inner “groups” called “roommates” with Jaehyun and TAG and “googoos” that consists only of Golden Child members born in 1999.
— Jibeom’s Ideal Type: N/A

Back to Golden Child Members Profile

How much do you like Jibeom?
Total Votes: 1188
×
You or your IP had already vote.

Do you like Jibeom? Do you know more facts about him? Feel free to comment down below.😊