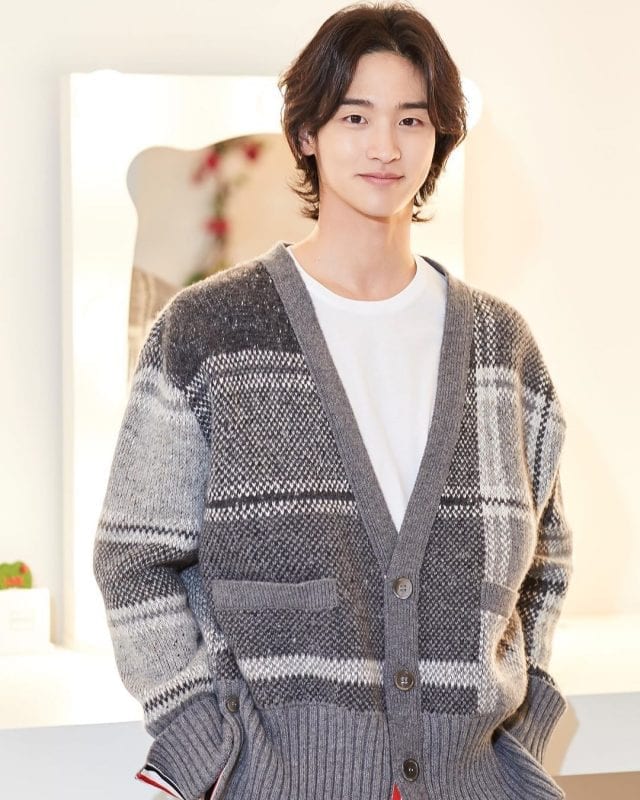 Jang Dong Yoon Facts:
– He was born in Daegu, South Korea.
– His family consists of, Mother, Father, Older Brother (Jang Dongjin) and his cat (Dongee).
– His specialties are reading and writing (especially poetry).
– He can play the guitar.
– He likes to swim and is a certified lifeguard.
–  His dislikes are; wearing cologne, soccer, and mint chocolate chip flavor.
-His likes are; Baskin-Robbins: Shooting Star, the colors blue and white, tiramisu (a dessert).
-If he had not debuted as an actor, he wanted to be a film director, author, or a journalist.
– He has already completed his mandatory military service (May 2012-February 2014).
– He attended Hanyang University to obtain an Economics and Finance degree.
– He originally wanted to study Korean Literature, but when he applied for this major he was rejected.
– In 2015, he was commended for his bravery by Seoul Metropolitan Police Agency for this act of heroism when he had come across a robber threatening a convenience store clerk with a lethal weapon in Seoul’s Gwanak District. Due to his quick thinking, the assailant was arrested. This led to him receiving many casting offers.
– His role model is actor Song Kang Ho.
– Music Video’s he appeared in are; BOL4‘s Galaxy  (2016), 10CM That 5 Minutes (2016) and Naul‘s Emptiness in Memory (2017)

Note: Please don’t copy-paste the content of this page to other sites/places on the web. If you use info from our profile, please kindly put a link to this post. Thanks a lot! 🙂 – Kprofiles.com
Profile by lovealwayskpop

Do you like Jang Dong Yoon? Do you know more facts about him? Feel free to comment below.

I enjoy K-Pop, C-Pop, J-Pop. I also enjoy watching K-Drama's, especially the ones with K-Pop artists! I am a US Citizen who enjoys seeing new cultures and learning new things. I consider myself kind and I give everyone a chance. I enjoy doing profiles and I try my best to be accurate. I am not pefect, so be kind if I make a mistake! I am only human