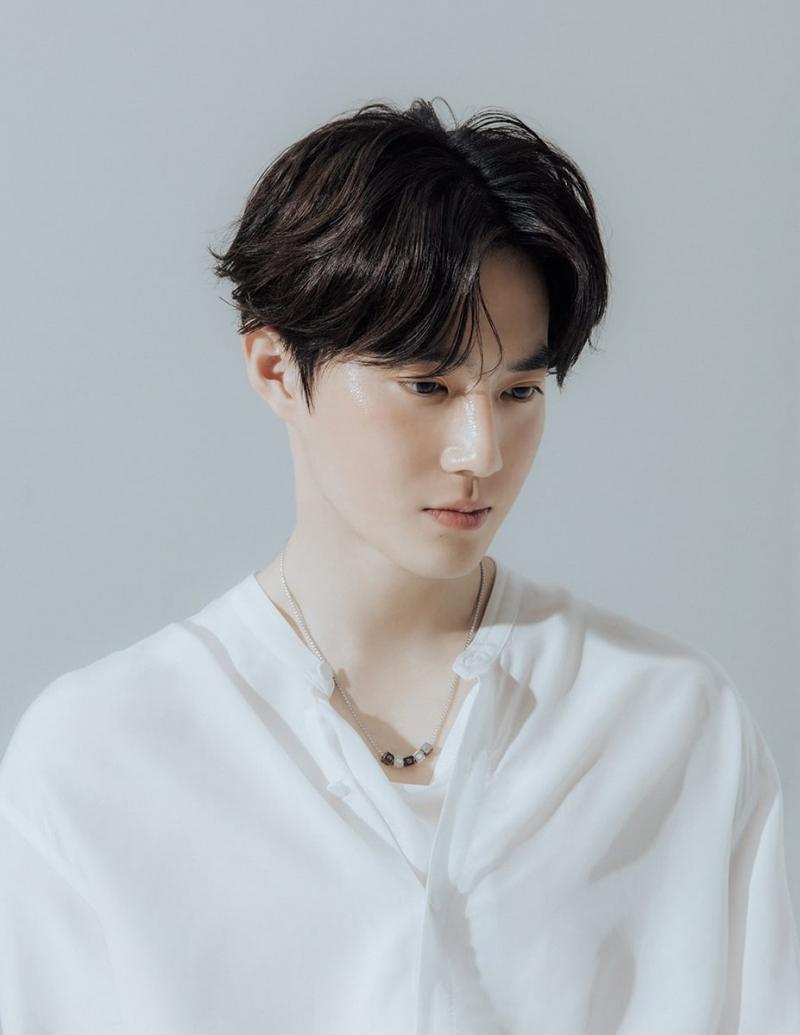 Suho facts:
– He was born in Seoul, South Korea but raised at Busan, his father’s hometown.
– Family: Father, Mother, Older Brother (4 years older)
– Education: the prestigious Whimoon High School; Korea National University of Arts – Majoring in Acting (2009 – 2011, then he withdrew); Kyung Hee Cyber University (Majoring in Arts Department of Business Administration)
– MBTI type: ENFJ-A
– He dreamed of becoming a singer since he was in elementary school.
– Suho was discovered through street casting and joined SM in 2006.
– When he was a trainee, he and SHINee’s Minho traveled to China together for a month to learn Mandarin.
– Suho is friends with Minho of SHINEE since their college days. (KBS Exciting India)
– His nicknames are “Sunnouncer” (Suho + Announcer), “Esuhort” (Suho + Escort), “Leader”, “Jun Ma Hao”
– Personality: Exemplar, polite and considerate.
– He is said to look like Choi Siwon (Super Junior).
– He was mentioned by Super Junior’s Kyuhyun in “Mr. Simple” album.
– He used to share a room with Sehun. Sehun and Suho recently revealed that they are no longer roommates, they have separate rooms now.
– He made a brief appearance in TVXQ’s MV “HaHaHa Song” along with members Kai and Chanyeol.
– His habit is clearing his throat by saying “ah!”
– He is very polite and considerate.
– He volunteered at the RCY shelter to help disabled children so he played with them and tidied up the facilities.
– He likes joking a lot, but the members said that his jokes aren’t funny.
– Baekhyun says that even if Suho suffers from a small/minor injury, he will scream like it’s very painful. XD
– He likes to solve problems with peaceful conversations.
– He buys his fellow members delicious food.
– Suho is Buddhist.
– He likes to check in on each of his members to see how they’re doing and if anything’s bothering them.
– He says out of all of the EXO members, he’s the best at public speaking.
– He’s really close to Sehun. They know each other for 9 years (as of 2016).
– He shares room with Sehun.
– His hobbies are cycling, acting, playing golf.
– His favorite food is sushi.
– His favorite colors are violet and gold.
– His favorite number is 8.
– His favorite type of music is funk rock.
– His favorite movie is ‘Pirates Of The Caribbean’.
– The most memorable gift he has received was an electric piano his parents gave to him for graduating high school.
– He often goes to the Han River.
– He can do push ups with one and two fingers. (Knowing Bros ep 85)
– He’s close with JongHyun, Minho, Taemin (SHINee) and Leeteuk, Donghae and KyuHyun (Super Junior)
– His role models are Super Junior hyungs and DBSK hyungs.
– He says that if he wasn’t an EXO member, he probably would’ve become a teacher.
– In 2015 Suho participated in KBS’s show “Exciting India”, alongside TVXQ’s Changmin, Super Junior’s Kyuhyun, SHINee’s Minho, CNBLUE’s Jonghyun, and INFINITE’s Sunggyu.
– Suho starred in a musical titled ‘The Last Kiss’ alongside f(x)’s Luna.
– He acted in the movie “One Way Trip” (2016), “Student A” (2018).
– He acted in the drama series “To The Beautiful You” (2012 – cameo), “Prime Minister & I” (2013 ep 10-12), “How Are You Bread” (2016), “The Universe’s Star” (2017), “Rich Man” (2018).
– He says that if he were to propose to his girlfriend, or ask someone out, it’d be at Myeongdong where it’s super crowded. Then he’ll shout very loudly, “I love you, please accept my feelings”.
– On March 30, 2020, he released his first solo album called “Self-Potrait”.
– On May 14, 2020 Suho enlisted in the military.
– Suho’s ideal type is a girl with literary interests and has long straight hair.