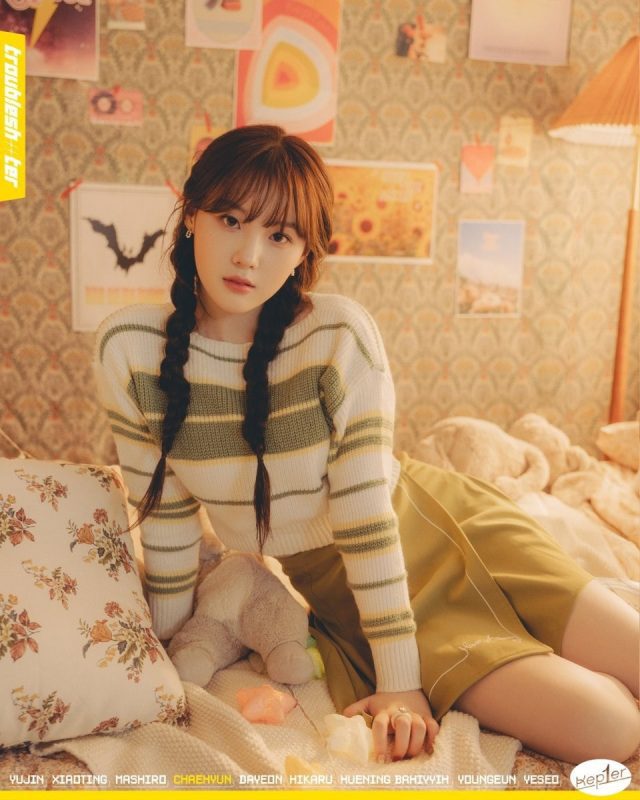 Chaehyun is a member of the K-pop girl group Kep1er (also stylised as Kepler). The group was formed through an Mnet survival show called Girls Planet 999.

Kim Chaehyun Facts:
– Her hobbies are photography, playing games, watching movies and dramas, watching YouTube videos, reading, dancing, shopping, working out, and playing the guitar.
– Chaehyun started training in her second year of middle school, in total she has been a trainee for 6 years (4 years at SM ENT. and 2 years individually).
– She passed her Middle school and Highschool graduation tests.
– Her speciality is singing, DIY, and speaking Japanese.
– She used to sew. She made a pair of gloves by herself.
– She got Golden II rank in League of Legends. She was on the Season 11 in 2021.
– She also plays Animal Crossing.
– Despite her being from Busan, she barely speaks its dialect.
– She thinks her charming point is her appearance, her tone, and her atmosphere.
– She says she gets good energy when she receives lots of compliments.
– When she feels troubled, she listens to music and writes her thoughts on paper.
– She has a wide collection of lipsticks.
– She loves Disney cartoons, such as Ralph and Tangled.
– She like mint chocolate and bungeo-ppang.
– For drinks, she likes bubble tea and chocolate smoothie.
– For ice cream, she prefers “Puss in Boots” in Buskin’ Robbins. She has complicated relations with mint chocolate ice cream.
– She really loves pineapple pizza with pineapple topping and garlic on it.
– She likes any sweet sauces for eating sangdae.
– She would like to visit Switzerland.
– She thinks the two things should be done during winter are to get a smell of winter and to drink a lot of hot chocolate.
– She thinks that charismatic people are thos who are careful and interesting to talk.
– Her mother when bearing future Chaehyun had a dream with a little white tiger, which she interpreted she would have a baby boy.
– Chaehyun is totally look alike her mother.
– She once tried bleaching her hair in her chldhood. In the future she would like to try platinum, dark blue, dark red, or smoky brown milk.
– She was a part of a choir in elementary school.
– She used to study in English Academy. There she was given an English name Erika.
– Chaehyun was previously a trainee under the company SM Entertainment.
– She debuted as a Music Show MC at SBS MTV ‘The Show’ with CRAVITY‘s Minhee.
– Her motto on Girls Planet 999 is “I am KIM CHAE HYUN with looks of a rabbit and charisma of a white tiger”.
– She was in a cell with Kuwahara Ayana (J) and Li Yiman (C).
– She placed 1st in the overall line-up in Girls Planet 999.

(special thanks to: kimrowstan, Alpert for additional information)

Do you like Kim Chaehyun, do you know more facts about her? Feel free to comment below. 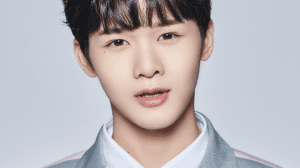