Dita Facts:
– She loves to dance.
– Dita is from Yogyakarta.
– She is from 1MILLION Dance Studio.
– Dita has a sister.
– Dita is Balinese.
– Dita used to train in New York.
– Dita’s best friend in the group is Jinny.
– She was one of the dancers representing her school.
– Dita was the fourth member to be revealed.
– She attended the BORN Star Attaining Center academy before debuting.
– Dita likes to do the dishes
– Favorite number: 9.
– 2ne1 is the first Kpop group that she listened to.
– Dita’s favorite artist is IU.
– Dita is from Indonesia.
– Dita was in one of the largest high schooler basketball, dance & journalist competition.
– Dita is good at basketball.
– Her favorite color is Pink.
– Dita likes mexican food.
– Her hobby is Drawing.
– Dita and Denise are roomates.
– Favorite Dessert: Cake and Ice cream.
– Favorite Drink: Coffee.
– She likes TWICE.
– Dita was a trainer for two years.
– Favorite Song: “Blueming” by IU.
– Her favorite season is autumn.
– She likes dogs.
– Her favorite Indonesian song is “Kangen” by Chrisye.
– Dita is good at sports.
– Dita is best friends with Dian Sastro (Indonesian actress).
– Dita is alumni of AMDA College and Conservatory.
– Dita had tried to audition on musical drama base multiple times but mostly got rejected. Occasionally she passed the audition but only got small role.
– After gave up to establish career on musical drama, Dita had tried to audition on SM, YG and JYP but ended up got rejected.
– She went to study in the US because she loves Broadway.
– Regardless of genre, she wants to be on stage.
– In 2017, Dita entered college and participated at the audition that was held in New York by Vine Ent.
– At the audition, she danced to a Taylor Swift song.
– She decided to take some time off and became a trainee in July 2017.
– Motto:”Life is a journey, not a destination.I don’t think there’s a finish line in life.In this long journey called life, I want to live a life without regrets, seizing all my opportunities and continuously going forward.”.

Back to Secret Number Profile

How much do you like Dita
Total Votes: 8283
×
You or your IP had already vote. 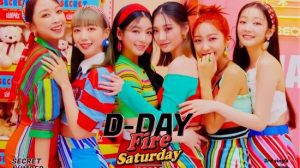 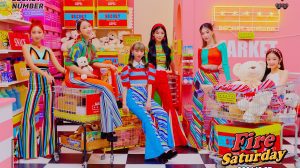