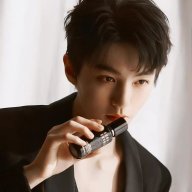 Fire Emblem: Three Houses
Three Houses is set on the continent of Fódlan, divided between three rival nations now at peace, connected through the Garreg Mach Monastery. Taking the role of Byleth, a former mercenary and new tutor at Garreg Mach, the player must choose a nation to support and guide them through a series of battles. The game carries over the turn-based tactical gameplay of earlier Fire Emblem titles, while incorporating social simulation and time management elements. 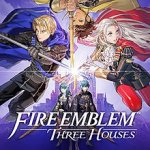 ​
Golden Deer route
Byleth reunites with Claude, and they rally their students and the remnants of the Church to stand against the Empire. Gathering allies and support, Byleth and Claude invade the Empire. As they confront Emperor Edelgard and her forces, a Kingdom army led by Dimitri also arrives, resulting in a massive battle. Edelgard is forced to retreat while Dimitri is killed. Byleth and Claude press on towards a strategic Empire fort, and receive aid from the foreign nation of Alymra. Claude admits he secretly opened relations with Almyra, and announces his desire to open Fódlan's borders to the outside world and end the continent's isolationism. Byleth and Claude attack the Empire capital, where they defeat and kill Edelgard. Byleth and Claude learn "those who slither in the dark" have been manipulating both the current war and the original original war a millennium before. Claude's army defeats the cult in their secret underground city Shambhala. Their leader attempts to destroy them with a rain of missiles, but Rhea intercepts the missiles in her dragon form. Meanwhile, Nemesis is awakened from his tomb by the cult; he and his Ten Elites were a band of thieves who took power from Sothis and her dragon kin after they were slain by the cult in the ancient era. This power was the source of the nobility's crests. Byleth and Claude destroy Nemesis and his undead army. In the aftermath, Fódlan is united under the rule of Byleth and Claude as they open its borders and start relations with foreign nations.

Blue Lions route
Byleth reunites with Dimitri, who has been ousted from the Kingdom due to a coup from pro-Empire nobles. Dimitri has become bitter, disillusioned, and unstable as he is haunted by visions of his deceased family and driven to kill Edelgard at any cost. Byleth's students and the remnants of the Church ally with Dimitri despite his erratic behavior. Dimitri eventually forces a massive battle between his own army, the Empire, and the Alliance, resulting in heavy losses on all sides. One of Dimitri's trusted vassals sacrifices himself to protect him from an assassin, which combined with Byleth's guidance causes Dimitri to abandon his desire for revenge. After securing his own lands, Dimitri rescues Claude from imperial forces. Claude dissolves the Alliance and cedes its lands to Dimitri before departing Fódlan. Dimitri then marches for the Empire capital itself. Wanting to make peace with Edelgard, Dimitri arranges a meeting with her and suggest they join forces to realize their goals; Edelgard refuses. Dimitri is able to defeat Edelgard and once again offers her mercy, but is forced to kill her when she attempts to attack him. In the aftermath, Fódlan is united under the Kingdom with Dimitri as its ruler, while Byleth becomes the new archbishop of the Church when Rhea steps down.

Black Eagles route
If Byleth sides with Edelgard on this route, they reunite with their students and find that the Kingdom has allied with the Church while the Alliance remains nominally neutral. Edelgard and Byleth attack and seize the Alliance capital and eliminate Claude from the war, either through killing or exiling him. They then advance into the Kingdom, taking a vital fortress. In retribution for Edelgard interfering with their schemes, "those who slither in the dark" arrange for the fortress to be destroyed. Edelgard keeps the truth a secret and tells the others that the fortress was destroyed by Church weaponry. Edelgard continues to lead her armies to the Kingdom's capital. Dimitri meets Edelgard in battle, but is defeated and killed. The Kingdom army is routed and Rhea withdraws to the Kingdom capital with her Knights. In her madness, Rhea sets fire to the city, forcing Edelgard to attack to put a stop to her. Byleth and Edelgard are able to kill Rhea. Byleth nearly dies, but Sothis's Crest Stone embedded in their heart dissolves, reviving them. In the aftermath, Edelgard unites all of Fódlan under the Empire and abolishes both the Church and the nobility.

If Byleth sides against Edelgard, a similar scenario to the Golden Deer route plays out with Byleth allied with Church remnants and the Black Eagle students against the Empire. After defeating Edelgard in the Empire's capital and "those who slither in the dark" in Shambhala, Byleth learns the full truth of their origins from Rhea, and is then forced to defeat her after she is driven berserk due to wounds sustained in Shambhala. Fódlan is subsequently unified under the Church with Byleth as its new leader. 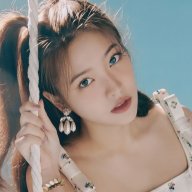