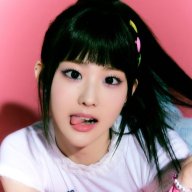 shinnayu said:
I feel like a lot of what I've been posting recently is negative whoops. I hope this doesn't come off as negative still. Tis more just an observation in my eyes.

A lot of people complain about Western Media using Kpop for clout. Examples being talk shows bringing in guests such as BTS or BLACKPINK. Western singers collaborating with Kpop singers. People get upset because she's people "don't actually care" about Kpop or are only doing it for fame. But to that I simply say. Ok then. LMAO.

That's just how the music industry and tbh the entire entertainment industry works.
Ofc interviewers are going to want to interview popular celebrities. That's how they clicks
Ofc singers are going to want to have fts of some big artists. That's how they get streams.
Let's put it in the perspective of making a movie. The best person for the role isn't necessarily going to get it if someone else HUGE has auditioned for the same role (not always, but I'm sure sometimes actors are selected based on what attention they'll bring for a movie).

Also this same thing would also literally happen in Korea. PSY brought on a BTS member (I'm sorry I can't remember who) for his latest song. Pretty sure it was openly business decision. Don't think I saw anyone complain about that. Literally just how the industry works. Sometimes there will be genuine respect between the two but a lot of time it's just for the best profits.
Click to expand...

I think people who complain about that just miss that the music industry is the music INDUSTRY. The succes is based on selling product not art (I don't mean mainstream music is bad)
BTW psy collabed with Suga

I made some takes that I think they are truly unpopular
1. 2nd gen stans aren't superior in any way, but dude let people stan who they want (as long as the ones they stan aren't a**holes)
2. When I say that female idols' situation should improve I don't mean I want male idols to suffer, I say it because female idols have it harder
3. When someone reffers to an opinion as "unpopular" it doesn't mean that many people will disagree with them, but rather it is an opinion that is not said enough
4. People who were desperate for Yurina Kawaguchi to debut in Kep1er but don't stan or support her solo career are hipocrites. She even has better songs than kep1er ngl
5. Visual position may be important sometimes but it is totally subjective
6. I am not against plastic surgery, but double eyelid surgery shouldn't be that common, it erases asian features.
7. Stanning nugu doesn't make you special, but damn some netizens need to chill when they see a nugu stan, they automatically think that the nugu stans have superiority complex
8. Many ships are cringy
9. Wishing a mistreated idol to join Pnation is like wishing someone bad luck. No hate
10. I see many kpop fans that support idols who make their relationship public, but that isn't gonna change anything, the korean public still exists
11. I have seen ex-kpop fans say that there is not enough sexyness in kpop, which is like saying there is not enough action in drama movies
12. Anti-twice blinks are extremely cringe
You must log in or register to reply here.
Share:
Facebook Twitter Reddit Pinterest Tumblr WhatsApp Email Link
Top